BACK TO ALL NEWS
Currently reading: PSA Group "ready" for massive EV expansion across its brands
UP NEXT
Lamborghini to launch four-seat EV crossover and electric Urus

PSA Group "ready" for massive EV expansion across its brands

There will be a plug-in hybrid or electric version of every Citroën, DS, Peugeot and Vauxhall launched from next year onwards
Close

The PSA Group is predicting tenfold growth in global sales of plug-in cars to around 10 million units by 2025 and promises that by then every one of its models will be offered as either a plug-in hybrid or electric car.

This encompasses those from the Citroën, DS, Peugeot and Opel/Vauxhall brands.

Alexandre Guignard, PSA's group director of low-emission vehicles, told Autocar that all of the brands are "technologically ready to play our part in the coming energy transition".

His teams, based in a special prototype plant at Sochaux in eastern France, have spent years reorganising the group’s manufacturing systems so that each plant specialises in models from one of two modular platforms: LMP2 for family-sized cars and SUVs and CMP for smaller cars.

From next year, PSA will offer a plug-in hybrid or electric version of every new model. It expects to launch 15 of these between now and 2021, concentrating on electric for the CMP cars and plug-in hybrid for the LMP2 ones.

All models have been engineered for maximum manufacturing commonality between standard and electrified models, and their interior packaging is identical. 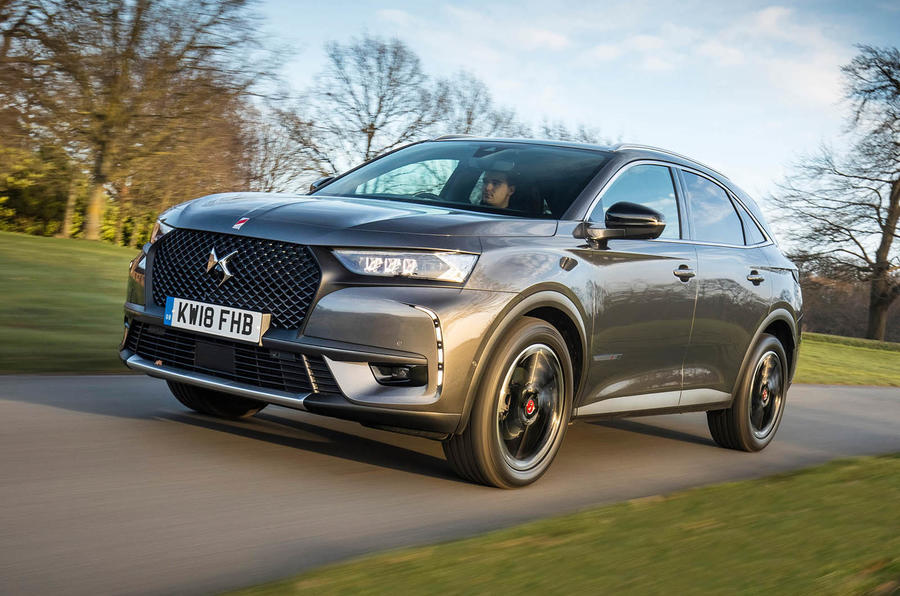 The first plug-in hybrid model on LMP2 architecture will be the DS 7 Crossback E-Tense 4x4, which is due early next year. Seven other models using the same powertrain, including the Peugeot 508 and 508 SW, Peugeot 3008, Opel/Vauxhall Grandland X and Citroën C5 Aircross, will gradually follow to 2021.

These models will use a 1.6-litre Puretech petrol engine mounted transversely in the nose, producing around 200bhp alone and driving through an eight-speed Aisin automatic gearbox. Two 110bhp electric motors, one front and one rear, work with the engine to provide around 300bhp of peak performance, which yields 0-62mph acceleration of 6.5sec. A front-wheel-drive version features a 180bhp version of the Puretech 1.6 with one 80kW motor and a 13kWh battery.

Fully charged, the lithium ion traction battery carried under the rear seat gives an electric-only range of up to 31 miles, while official CO2 output is 49g/km. In real-world terms, says Guignard, the 7 Crossback E-Tense 4x4 is around 40% more frugal than its conventional petrol equivalent.

PSA predicts that the biggest expansion in electric car demand between now and 2025 will be in Europe, where take-up will expand 13-fold to 3.6 million units. In China and North America, sales are tipped to grow eight times, to 4.7m and 1.7m units respectively.

“We are ready for this,” says Guignard. “We will have the technology and the product. But, like everyone, we also have much work ahead.”

...not EV's but petrol electric hybrids.

....I am not sure we want cars designed for internal combustion engines being fitted out with batteries and electric motors.

That is a design compromise too far.

Please design from the ground up as EV only and take advantage of the benefits of the different size and placement of electric motors and batteries.

All Car makers are saying roughly the same, more EV more autonomy and so on, not long before transport is just transport, as boring as your Fridge or Washing machine!