BACK TO ALL NEWS
Currently reading: Nissan Leaf celebrates 10 years of flagship electric hatch
UP NEXT
From the boardroom: Polestar UK boss Jonathan Goodman

Nissan is marking the 10th anniversary of its Leaf EV with a new commemorative special edition for 2021, available to order now.

400 examples of the variant, called Leaf10, will be delivered to buyers in the UK from later this month, with prices starting from £28,820 after the government plug-in car grant.

The Leaf10 is distinguished from the standard Leaf by several exterior styling upgrades, including a new two-tone grey-and-black colour option.

Said to be inspired by Kumiko patterns of interlocking wood puzzles found in traditional Japanese gardens, the changes are focused on the Leaf’s wing mirrors, roofline and boot lid. 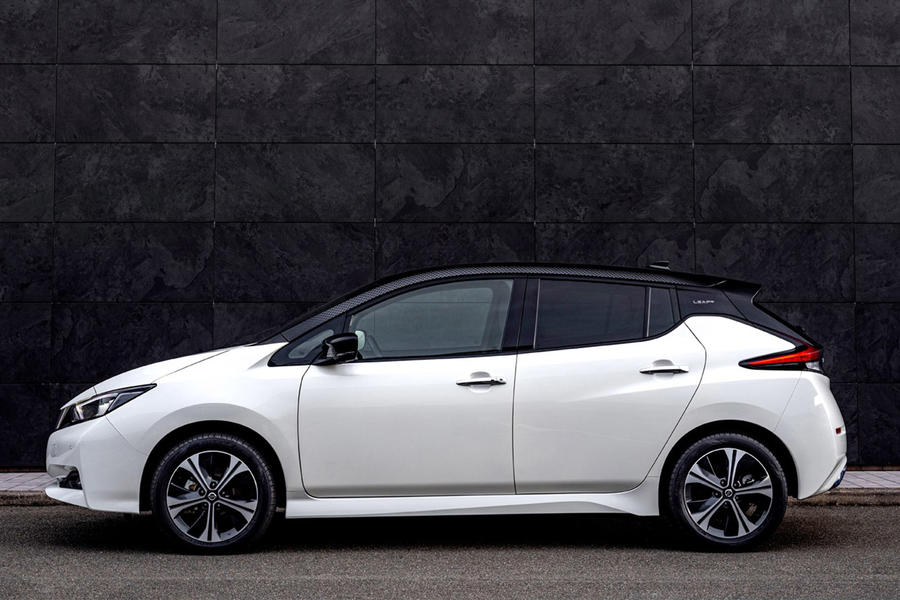 Complementing the exterior upgrade, the Leaf10 adds 17in alloys as standard, which Nissan claims gives the special edition a “more dynamic look and feel”.

In terms of technology, the Leaf10 features Nissan’s blindspot detection and management software as well as an intelligent rear-view mirror. Usually £395 options, these are included on the Leaf10 as standard.

The Leaf10 is the latest of several special-edition Leafs revealed by Nissan since the current generation was launched in 2017. In 2017, it introduced a dark-themed Black Edition, following in the footsteps of the Nissan Note Black Edition. More recently, Nissan unveiled a Leaf-based emergency response car, providing a mobile power supply in the event of blackouts caused by natural disasters.

Are they cheap to repair?, I only ask because of all those body panel shapes.

Are they cheap to repair?, I only ask because of all those body panel shapes.

uhh, you mean like the roof panel is a different shape from the door panel.

Strawman_John 1 February 2021
A bit harsh. The introduced a product into a small market to find out 10 years ago and updated it just over 3 years ago plus have added new variants, larger batteries.

It is only now that the market is taking off, let's look again in 5 years time.

The one thing I would criticise them on is the lack of battery heat management.

A bad dose of cave syndrome?, if your going to say, they say it, don't just rant, anyway, it's fine,not a fan of the white n black combo, a dark red is better, but, that's just me.

Weird decisions from the get-go, really. At the same time as the Leaf was in development, alliance partner Renault was developing their Zoe: just a little bit smaller, just a little bit less powerful and lower-range... but a pretty similar niche really. Yet the two cars have absolutely nothing in common as far as I know. Different motors, different pack electronics, different platforms - even different cell suppliers, despite Nissan founding AESC specifically to provide an internal battery source. In fact, having spent billions setting up the Leaf and its supply chain, the car didn't share parts with anything until the E-NV200 nearly four years later, which itself wasn't put on worldwide sale.

It's not just that they didn't follow it up for a decade, they don't seem to have had concrete plans to follow it up *at the time*. Presumably they were expecting the Leaf to be a near-Prius-level hit and eat up most of AESC's 200k/year cell supply single-handedly.

Still - credit to them for doing something brave. The Leaf's still a pretty consistent seller even after a decade. They've got a well-known brand there as a result of their early move, and I think if they launch an all-new global Leaf now it may finally match their original sales hopes.

Happy birthday to the car that can be considered the bev forefather. In light of some recent family hatchback with a similar spec and performance 28k is pretty acceptable.