BACK TO ALL NEWS
Currently reading: Nikola Badger: fuel-cell and electric pick-up available to order
UP NEXT
Lamborghini confirms LMDh entry for 2024

Nikola Motors, the American hydrogen-fuel-cell truck maker that's just made a dramatic debut on the stock market, will today begin taking pre-orders for its Badger pick-up.

The start-up, described as the Tesla of the truck world, went public earlier this month and has since surged in value. Around a week after the flotation, the Arizona-based firm was trading with a value of more $28.8 billion (£22.6bn) - higher than Ford and more than double the market cap of Fiat Chrysler Automobiles.

The company, based in Arizona, recently revealed that its fuel-cell pick-up truck will be called the Badger. Pre-orders for the model open today (29 June), and it will be officially unveiled at the company's annual Nikola World event on 4 December, to which customers pre-ordering a Badger will be invited. 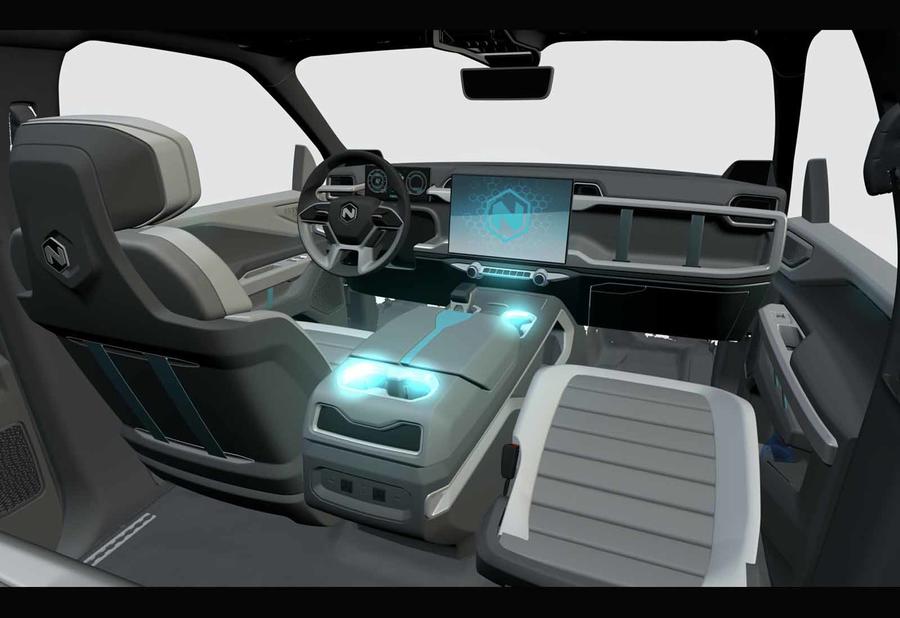 Nikola founder Trevor Milton claims showgoers will "get to see a real operating truck, not a fake show truck" that will have "stamped metal panels" and a "functioning interior". It's assumed that these declarations are an oblique reference to the Tesla Cybertruck, which was unveiled last year.

Like Nikola's heavy goods trucks, which are yet to enter production, the Badger offers a choice of powertrains. It can be supplied as a conventional battery EV with a claimed range of 300 miles or it can be powered by a 120kW hydrogen fuel cell for a range said to be double that of the BEV.

The bad news is that the Badger is currently not expected to be offered outside of North America. No delivery date has been set for the model.

As the saying goes

A fool cell and his money are easily separated.   Unlike the a Hydrogen cell itself.

Edit - Swap H2O atom out for Hydrogen cell itself in the above.

If ipace was a sepaerate company?

If I Pace was seperate from Jaguar with an actual car in prodution, more models on the way and a racewinning car, how much would that be worth?

No surprise the stock price has moved as it has. The disconnect between current stock valuations and the traditional forward earnings metrics has never been as disjointed. Just look at NCLH (Norwegian Cruise Lines) the stock has quadrupled in the last month! Check out Nikola Motors and NCLH in November, and remember this post. Agree with the posters above who question the valuation.