BACK TO ALL NEWS
Currently reading: Niels van Roij Design unveils tribute to Ferrari 'Breadvan'
UP NEXT
Alfa Romeo to show new sports car in early 2023

Dutch design house Niels van Roij Design has unveiled a one-off reimagining of the legendary Ferrari 250 GT SWB ‘Breadvan’ racer. Called the ‘Breadvan Hommage’, it is based on a Ferrari 550 Maranello and was two and a half years in the making.

The original 1962 3.0-litre V12 Breadvan was commissioned by Scuderia Serenissima to take on the then new Ferrari 250 GTOs at Le Mans. The development of both cars was overseen by engineer Giotto Bizzarrini, who left Ferrari shortly before starting work on the Breadvan. The car was nicknamed for its distinctive aerodynamic bodywork and Kamm tail, beneath which was a heavily modified Ferrari 250 GT SWB Berlinetta.

Of his latest project, van Roij said: “We intended to be inspired by the original, but ensured we were not limited by it in our creativity. The Breadvan Hommage is a new original.” 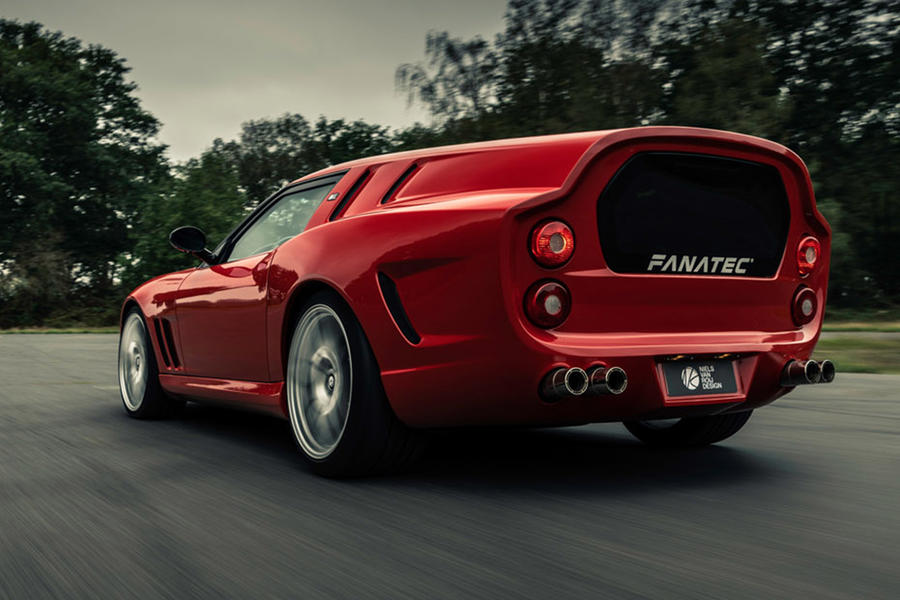 Explaining the choice of donor car, he said: “We wanted to use a base that was true to the 250 GT SWB Berlinetta, which was not a race car but a proper GT. The Maranello was the first front-engined V12 manual Ferrari since the Daytona and a return to the GT segment. It is a great car to show the Breadvan recipe can be taken into the future.”

Every exterior panel has been modified or replaced other than the front windscreen, spared only for ease of replacement. Coachbuilder Bas van Roomen, who majors on restoring Italian classics, hand-beat the all-aluminium bodywork after modelling clay directly on the donor car.

Van Roij says that while the Hommage retains the 1962 car’s silhouette, it is an “exercise in aesthetics” whereas the original was “engineered rather than styled”. In fact, the only direct carry-over is the angle of the Kamm tail, without which “it wasn’t a Breadvan”.

Other recognisable exterior features include the front nostrils, a clear bubble over the engine, a total of five gills lining each flank and a glass panel that opens for rear deck access. Aft of the weight-saving plastic side windows, the bodywork has been crafted into a single aluminium shell with no shut lines. 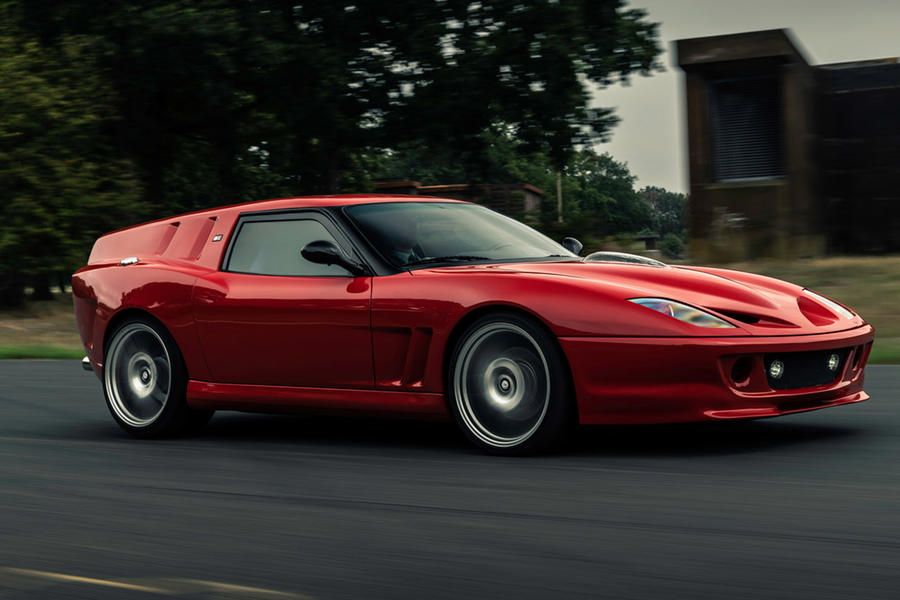 Unusually, the base car came with factory-fitted carbonfibre bucket seats, which have been retrimmed in blue as a nod to the original Breadvan. Further interior references include the raised gearstick and scalloped door cards, which sport unfinished aluminium trims.

The Maranello’s plastic switchgear has been replaced with milled aluminium and there are bespoke dials, while quilted black leather has been used to create a cocoon-effect cabin.

Under the skin, the 550’s adaptive dampers have been forfeited for motorsport-spec Koni shocks – manually adjustable for both compression and rebound – while a custom-made exhaust adds throatiness. The 20in wheels, supplemented by spacers to bolster track width, are 2in larger than the originals.

How did you get started on the project?

“We did a huge amount of research with a collector of Ferrari memorabilia. Blueprints, brochures, letters from Enzo Ferrari, period magazine articles – everything we needed to get the essence of the car. We then began translating it into a modern piece of design.”

What was the most challenging part of the build?

“I designed an enormous amount of detail on the car, with very subtle surface changes. For instance, the vents behind the driver’s head each have a super-soft vertical line next to them. It’s important not to make it look like a flat vent, but to give sculpture and body. It’s an extremely difficult task to make that out of a flat piece of aluminium. It was also very challenging for the painter, who did weeks of sanding alone. I pushed them to the limit.”

What other craftsmen were needed?

“Many specialists worked on this car, from the guys who turned the switchgear to the automotive dial-maker. The dials have real silver inlays and feature the iconic Breadvan outline, which was also embroidered into the headrests. We had a great number of specialists and sub-projects.”

Shame to Lusso you: A eulogy to the last four-seat Ferrari GT

What an ugly beast! The front looks like an old Corvette & the rear looks like it was done by an ex-Volvo designer!

si73 26 January 2021
Not keen, I get the inspiration, but the original had such shapely front wings, this looks flat and boring at the front and as such, to my eyes,.doesn't make the end result as cohesive. I think the originals front wings help disguise the cars length and make it look less cumbersome.
labellad1974 26 January 2021

Truly shocking. Such a shame after what was a good go at the Tesla Shooting Brake/estate.

The craftmanship would have been put to better use just copying the original Le Mans car using the modern V12 and brakes etc.

Don't get me started on the blue seats! Red car, black interior so why blue? Black, red, cream even tan would have suited but blue!