BACK TO ALL NEWS
Currently reading: Shame to Lusso you: A eulogy to the last four-seat Ferrari GT
UP NEXT
New Aston Martin DBR22 is £1.5m, V12 speedster

Shame to Lusso you: A eulogy to the last four-seat Ferrari GT

The GTC4 Lusso has taken a back seat to smaller, more glamorous stablemates, but the family Ferrari has a proud history
Open gallery
Close

We do write valedictory pieces at Autocar, but not many. Broadly speaking, our remit is to look forward, rather than back; but just occasionally, a car so important or beloved gets pensioned off that we would not be doing our job as the industry’s journal of record were we to fail to acknowledge the fact in some way.

Now you may already be questioning whether or not the Ferrari GTC4 Lusso T falls into that category, and I’d not blame you at all. But the truth is, it’s not the car per se that we’re saying goodbye to but the full-sized family Ferrari coupé. It’s a line that stretches back essentially unbroken through most of Ferrari’s history, fully 60 years.

But now it’s over. For although the new Ferrari Roma does indeed have rear seats, they’re for occasional use only by small people, while the Lusso will seat four average-sized adults in greater space and comfort than certain four-door coupés. In time, Ferrari hopes that Lusso customers can be migrated across to the new SUV, currently codenamed the Purosangue, but that’s a 2023-model-year car, so it’s likely to be a couple of years before we even see it, let alone customers take delivery. 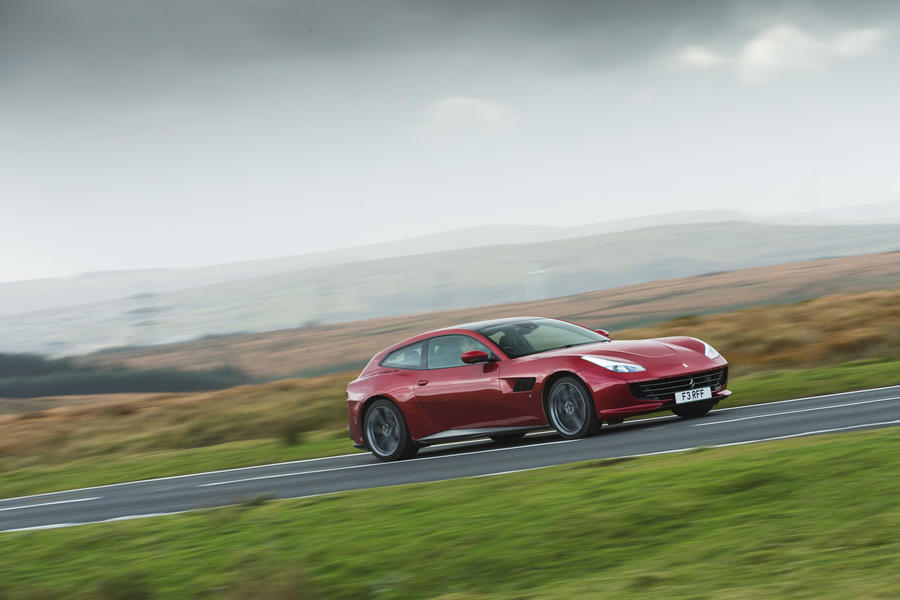 Of course, because they’re seen as practical, and there’s no more boring word in the automotive lexicon, four-seat Fandangos have never quite twanged the heartstrings like Ferrari’s lower-slung sports cars, with their abbreviated wheelbases, lesser seat count and more focused role. But that doesn’t make them poor relations or anything close. On occasion, it has been the more usable version that’s proven preferable, even if the automotive media tended not to say so at the time. For instance, I always preferred the early-1970s 365 GTC/4 to its headline-grabbing brother, known to most as the Daytona. And for a couple of years in the 1990s, before the 550 Maranello was introduced, the 456 GT was not only the most powerful production Ferrari, it was also the best.

I’m not sure I’d put the current Lusso in that category, especially versions like this with the V8 engine, but as a nearly new, rather than brand new proposition, they can still make compelling cases for themselves. Take this car here, resplendent in its lovely special-request Rosso Fiorano paintwork and available from Stratstone in Manchester. It’s a one-year-old car, with fewer than 2000 miles on the clock, three of its standard four-year warranty to go and five of its six years of free servicing remaining.

The asking price is £168,900, which can probably be bid down a chunk, against a new list price of £202,890. What these numbers don’t reflect is the simply enormous option count it carries, too; I counted 25 items from ceramic tailpipes at one end to a carbonfibre front splitter at the other. This is by no means uncommon for this kind of car. And as you will know, Ferrari options don’t come cheap. Indeed, in 2019, the combined options cost on this car appears to have been £63,821, which means this nearly new, scarcely used example is being offered by a Ferrari main dealer for all but £100,000 off its on-the-road list price last year, even before you’ve had a haggle. Which makes you think a bit. 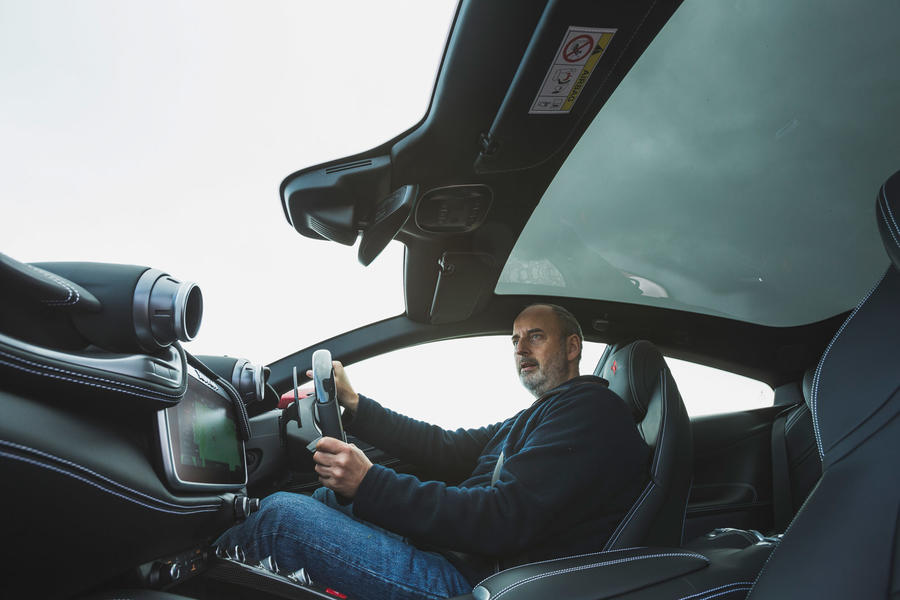 It’s a lovely thing in which to loaf around. Not in which to blast, teeth bared, knuckles whitened, mind, for it’s not that kind of Ferrari, but for rather rapid roaming, it’s entirely splendid. Indeed, it’s at times something of a relief to drive a Ferrari without feeling in any way that you’re wasting a valuable resource when not driving as fast as you possibly can. It makes you focus on the other things that Ferraris, and not just this one, do well.

Its ride quality is uncommonly good, for instance, and almost regardless of which position you choose for the manettino switch, because you always have its ‘bumpy road’ mode button. It really ought to be rechristened ‘British road’, because I can’t imagine circumstances over here when you wouldn’t want it.

So you waft from place to place, saturated in the sight, smell and feel of its exquisite leather, knowing there’s more than 600bhp a twitch of a toe away should some arse in a BMW 3 Series come sniffing at your (ceramic, let’s not forget) tailpipes.

This to me is exactly what a GT should be. My time with the Lusso coincided with time spent in a McLaren GT, and while the British car is a world apart as a thing to get in and drive fast, when it comes to the ancient art of being a world-class GT, it’s the Ferrari that shows how it should be done. The Lusso has the space, the ride quality, the refinement, the luggage capacity and that intangible but no less important languid character that’s so essential to be convincing in that role.

But it does do the other thing, too. Although it’s pretty portly, at 1865kg, the Lusso T lacks the four-wheel drive that was something of a mixed blessing in the V12 Lusso and has four-wheel steering as standard, which means it’s actually a sight more agile than you might imagine a car with a wheelbase 300mm longer than an entire Smart Fortwo. It’s a car that you can hustle and one you can balance on the throttle. Turn in to a tight corner and you’ll be impressed by how keenly the nose bites into the apex, how little understeer is presented yet how strong remains the traction even without front driveshafts. 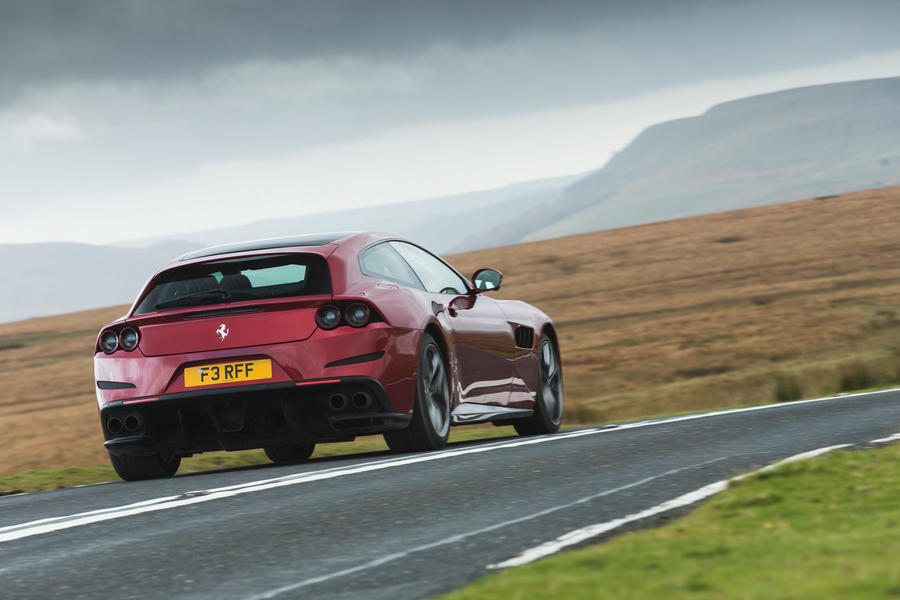 However, its greatest appeal, and its unique role in the brand’s portfolio, is that this is a Ferrari you can take entirely for granted. It’s not a car you’d choose to spend as much time cleaning as driving. You don’t need to look at the weather forecast before heading out. If you kerbed one of those exquisite forged rims, you’d probably just leave it dinged, because if you cared that much about how your Lusso looked, you’d probably not be minded to buy a Lusso. On the contrary, this isn’t a Ferrari for the fastidious but one for people who have more important things to think about. It’s a Ferrari to use and abuse all the time and for every reason. And that’s an important and legitimate role for it to play.

As a thing to drive, it’s not extraordinary enough to merit the high days and holidays special-occasion treatment; but as a thing to own, out there in the real world, where every road isn’t a deserted mountain pass and every day isn’t a stress-free day of leisure, it makes a strong case for itself, especially if someone else has already kindly borne the brunt of the depreciation for you.

The secret to these cars, so far as I can tell through the generations I’ve driven while doing this job (456 GT, 612 Scaglietti, FF and Lusso), is to blend that everyday ease of use with just enough stardust to ensure you never forget that, above all else, you’re driving a Ferrari. And while the GTC4 Lusso T is not one of Maranello’s all-time greats, it understands and executes its mission flawlessly. Whether we will be able to say the same about a Ferrari SUV, only time will tell. 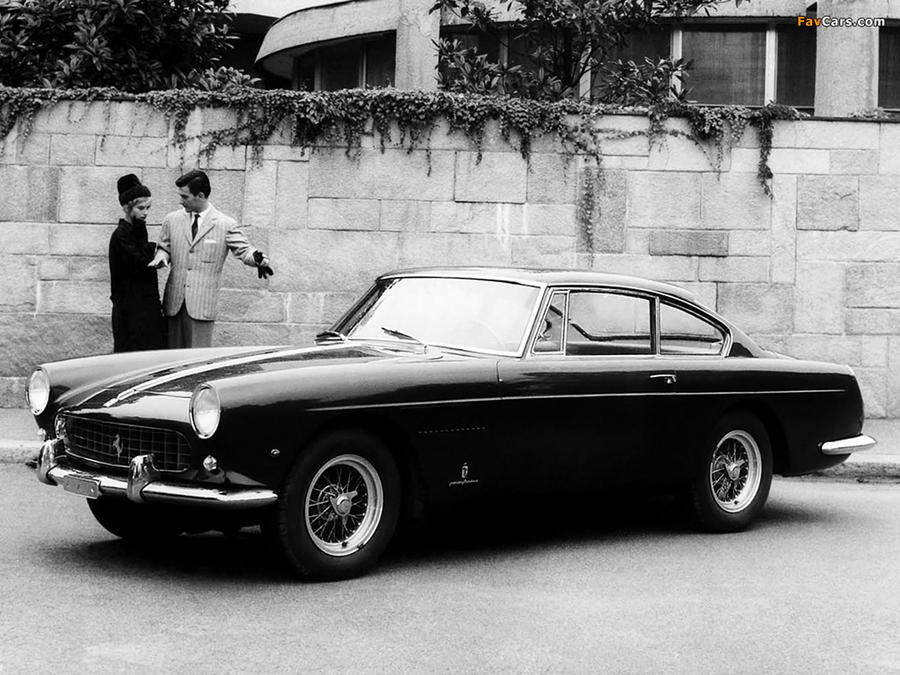 Oddly enough, the first Ferrari to be known as the Lusso, and first shown at the Paris show in 1962, wasn’t a 2+2 at all. It was a strict two-seater using the chassis dimensions of the 250 SWB racing car but with its 3.0-litre V12 detuned from 280bhp to a more manageable 240bhp and mounted further forward in the car to liberate some much-needed additional cabin space. It doesn’t even appear as if ‘Lusso’ was ever an official factory title but more the name by which the car became known over time thanks to its decidedly luxuriously appointed cabin. Production ceased in 1964 after 350 units had been built.

The direct antecedent of today’s Lusso was the 250GT 2+2, also known as the 250 GTE or even 250 GT/E, a car launched in 1960 and which, because of its somewhat dowdy appearance, has never enjoyed the acclaim it deserves. It was in fact the first Ferrari ever to be built in significant volume, transforming the company from cottage industry to major manufacturer and spawning a brand-new model line that would survive fully six decades. Production ceased in 1963 after nearly 1000 cars had been built, a runaway record for any Ferrari model of any kind up until that time.

The future of the family Ferrari lies in the hands of the forthcoming SUV, to be shown in 2022 for the 2023 model year. Ferrari has been remarkably good at keeping details under wraps given the car’s existence has been rumoured for years, but expect it not to confirm to standard super-luxury SUV norms. It’s likely to be more of a crossover between a GT and an SUV, lower and much more dynamic in appearance. Powertrain options will certainly include a V12 to rival those of the Bentley and Rolls-Royce opposition, but don’t be surprised to see a V8 and especially a hybridised V6, too.

Ferrari GTs in the classifieds 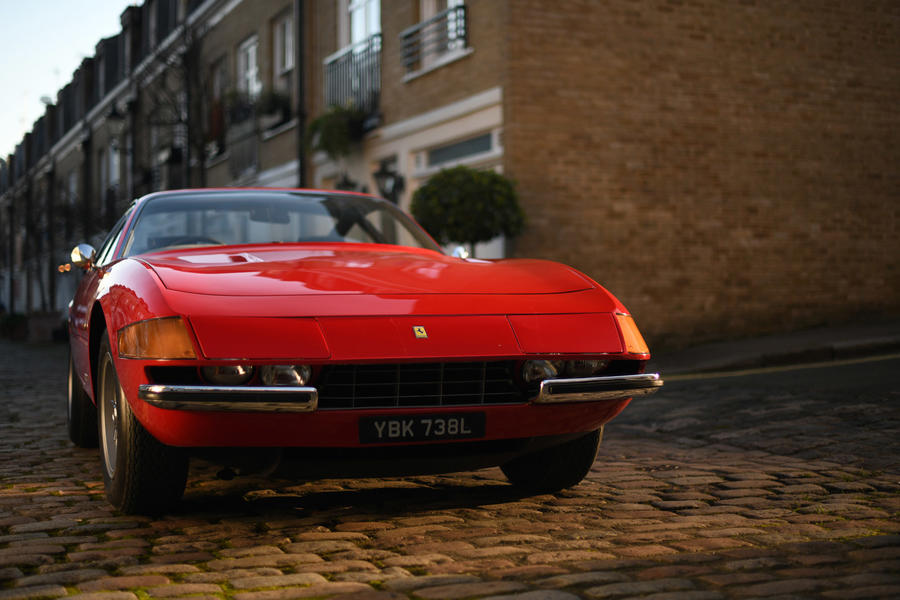 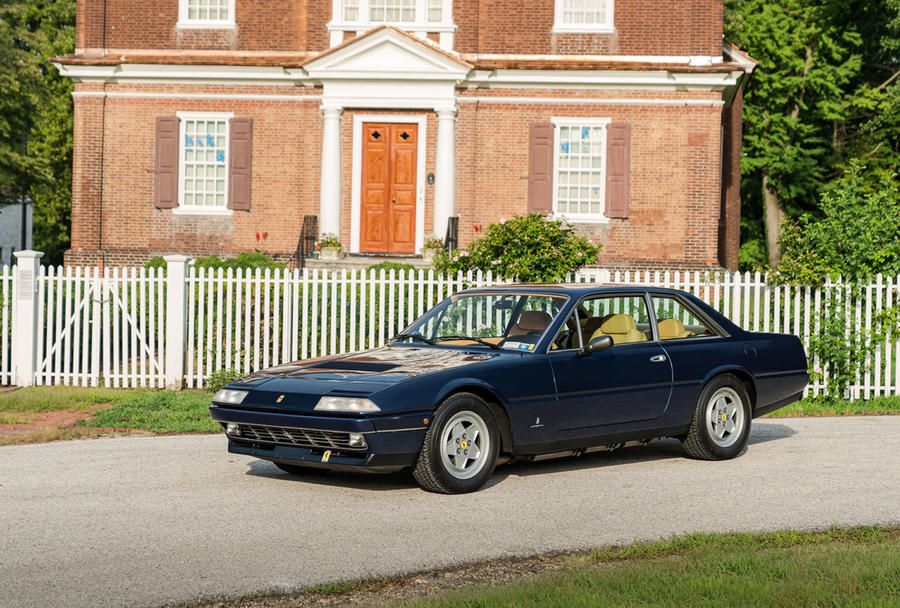 Ferrari 412i, £72,665: Not the best-loved classic Ferrari but one of the most comfortable and accessible. This late example is original right down to its radio manual. 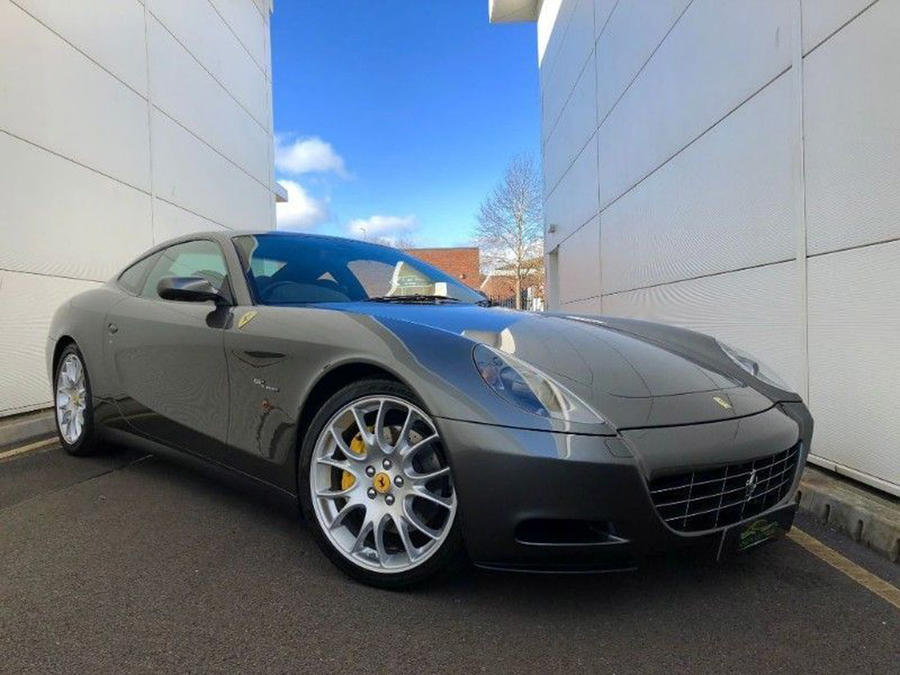 Ferrari to slow range expansion in 2020

....may have been poor positioning of thename, but under the title " the original Lusso" is a picture of the 250 GT 2+2 (as mentioned further on)

The original Lusso was probably the most beautiful Ferrari every made.

The Daytona  'for sale' is not  early format.....early format 365GTB4's had the 'Plexiglass' front lights, the later models carried the pop-up lights, Pedant of the month I know!

The current Lusso is a marmite car..... for me it is very desirable, but NOT in T format!

Way off the mark - both inside (those bug eye air vents) and out (awkward proportions), won't be missed.

One of the best, the F12 in my opinion was a good design also.