BACK TO ALL NEWS
Currently reading: New TDF-1 is 600bhp ex-Formula 1 car for private owners
UP NEXT
Testing the UK's newest circuit in a Porsche Cayenne Turbo GT

British firm TDF, a specialist in maintaining racing cars, has re-engineered a fleet of genuine ex-Formula 1 racers for private ownership.

The track-only TDF-1 is a reworked version of the 2011 Marussia Virgin MVR02 or the 2012 Sauber C31. While customer cars will retain the chassis, suspension and braking systems of the original cars, the powertrain is a bespoke unit produced in-house by TDF.

The engine, developed in partnership with renowned tuning firm Mountune, is a turbocharged 1730cc four-cylinder producing 600bhp and capable of revving to 9000rpm. It sends its power to the rear wheels through a six-speed semi-automatic gearbox. As was the case with the original F1 cars, this is a load-bearing part of the chassis.

The TDF-1's top speed is claimed to be in excess of 200mph, and it can accelerate from 0-62mph in less than two seconds.

As the TDF-1 is based on genuine competition cars, the drag reduction system (DRS) features and has been re-engineered to automatically close if it senses instability. 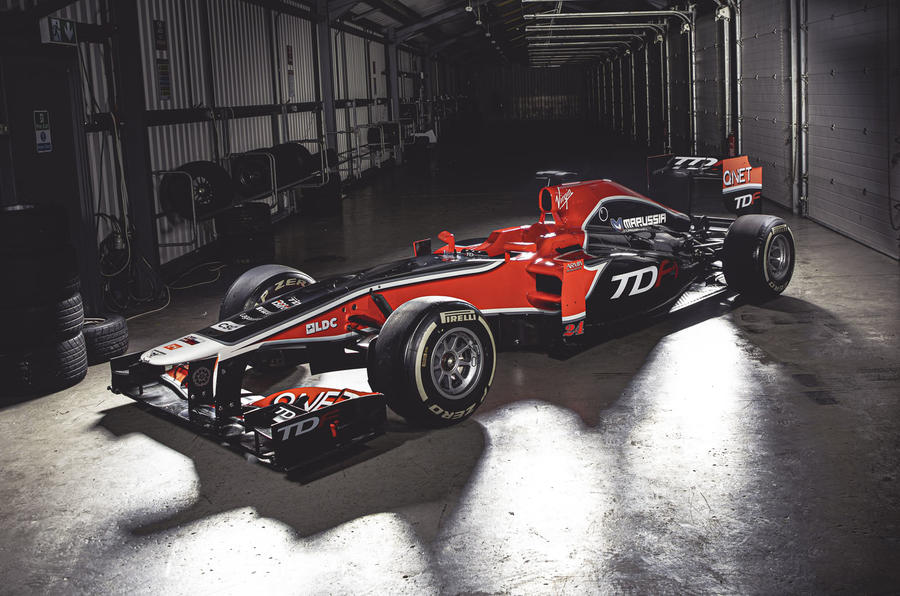 TDF claims its creation offers “95% of the on-track performance of an equivalent F1 car”. It's said to generate 4g in a high-speed corner and 4.5g under braking. The powertrain, however, is claimed to be much more durable than the original and only needs to be serviced on a yearly basis, rather than after each use.

The TDF-1 is also designed to be easier to use than modern F1 cars; there are fewer controls on the steering wheel and the gear ratios are extended, necessitating fewer changes. It will also be sold with a comprehensive suite of spare parts, including soft, medium and hard-compound Pirelli tyres. It can be maintained, says TDF, “for a fraction of the cost of a conventional F1 car”.

W Series racer and TDF-1 development driver Jessica Hawkins said: “Driving a TDF-1 is like no experience I’ve had before; the responsiveness, balance and agility is second to none and the raw speed is incredible. As a professional racing driver, I’ve been behind the wheel of some impressive cars in my career, but nothing comes close to the TDF-1.”

TDF will offer each buyer a comprehensive driver training course and can adapt the seat and pedal box to suit their driving style. Also supplied is a set of flight cases for transporting the car internationally.

Prices and sales volumes are unconfirmed, but supply is likely to be extremely limited, given that Marussia and Sauber originally produced just a small number of competition cars.

How to fix Formula 1, according to Autocar​

Wow, what a thrill one of these would be! I suspect it'll cost a fortune but if my numbers came up would definitely add one to the garage. Epic!!
si73 23 January 2020

Wow what a fantastic toy, if

Wow what a fantastic toy, if you have the means obviously.