Octavia vRS set to debut at Geneva motor show and will be the fastest yet, while plug-in hybrid model joins the range for the first time
Close
by James Disdale

Skoda is planning its most comprehensive Octavia vRS line-up ever, including the addition of a plug-in hybrid version for the first time. Details are still to be confirmed, but sources within the company have hinted that the new models will be the fastest and most focused yet to wear the vRS badge.

Standard versions of the new generation hatchback and estate were unveiled late last year, but it’s expected that the hot vRS won’t make its public debut until the Geneva Motor Show in March.

Leading the charge is expected to be the PHEV version, which promises to use the most potent version yet of the drivetrain already seen in the latest VW Golf GTE. As before, there will also be 2.0-litre petrol and diesel models, with the former promising even more power than the car's 242bhp predecessor.

However, it’s the plug-in hybrid that’s the most intriguing addition, with sources suggesting that, in terms of outright power, it will match the petrol. That means the familiar turbocharged 1.4-litre and electric motor should be good for nearly 250bhp when both are working flat out, while torque could be as much as 300lb ft. However, expect it to be slightly slower off the line than its ICE sibling, with a 0-62mph sprint of around seven seconds, even with the standard DSG transmission (a manual gearbox is unlikely). 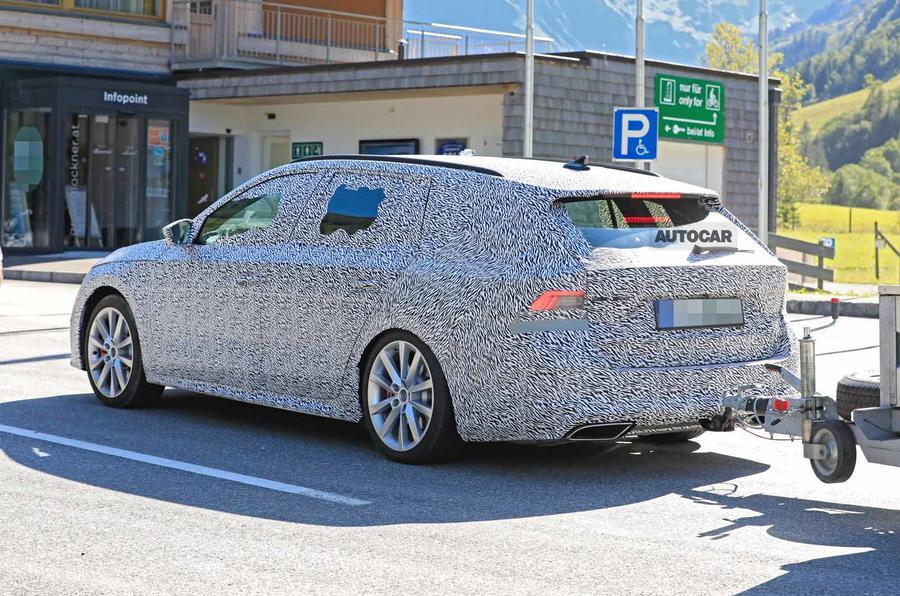 This is largely a consequence of the car’s expected extra mass; the addition of an electric motor and a rear-mounted battery pack (suggested to deliver up to 13kWh) will add over 200kg to the kerbweight. This will no doubt have an effect on the Skoda’s handling, although engineers will aim to keep the weight increase as low as possible, while the suspension will feature bespoke spring and damper rates. And what the PHEV lacks in outright pace and agility it will make up for with instant electric torque and the ability to run for around 30 miles in pure electric mode.

It's the petrol vRS, though, that's set to be the quickest of the lot. Details aren’t official, but sources suggest that the venerable EA888 motor will be tuned to deliver the most power yet in an Octavia, but without treading on the toes of Volkswagen Group's R and Cupra R models. You can expect the same circa-250bhp figure as the PHEV, while torque could rise above 280lb ft. Performance is expected to improve over the existing car, with 0-62mph being done and dusted in approximately 6.5 seconds.

As before, there is tipped to be a choice twin-clutch and manual transmissions. However, it is unclear whether either the PHEV or the petrol model will get VW’s clever VAQ electromechanical limited slip differential - although as it appeared on the old vRS 245 it’s likely to feature again on the pure petrol versions.

Finally, it’s expected that the vRS TDI will use essentially the same 2.0-litre diesel engine as before, with 181bhp and 280lb ft of torque. However, changes to the internals and engine management system will see the unit meet the latest and toughest emissions regulations. 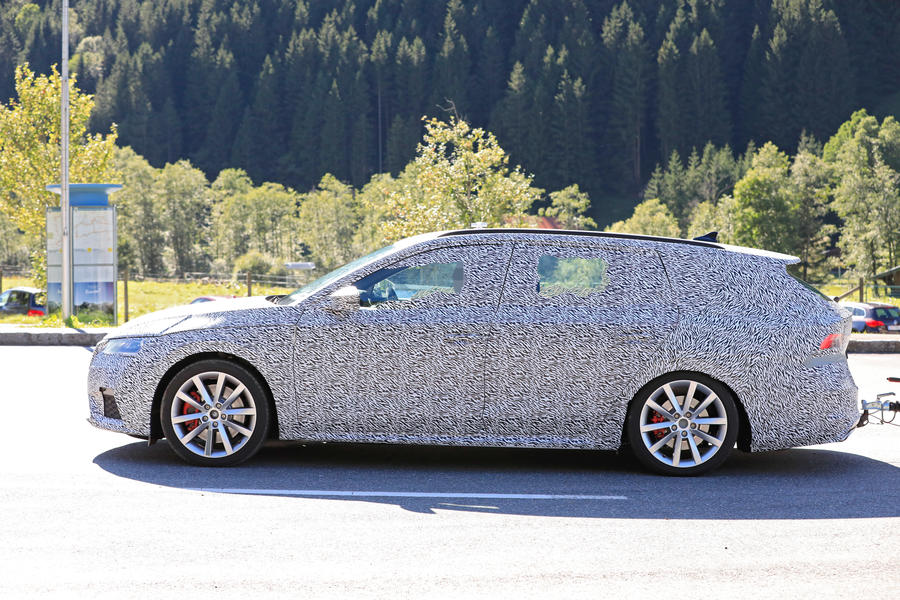 Elsewhere the vRS is expected to be as versatile as ever; as well as the three different powerplants, there's a choice of hatchback and estate body layouts, two and four-wheel drive transmissions and either DSG or manual gearboxes. However, it’s unclear as to which combinations each model will be available with.

What is certain is that the vRS will benefit from the same upmarket upgrades and tech as its lower-powered relations. That means a more stylish dashboard that features TFT dials and a comprehensive infotainment system with fully connected services, plus slick new dashboard architecture and higher-grade materials throughout. Also, expect sporty touches such as heavily bolstered seats, bespoke graphics for the dials, and metal finish pedals.

Externally, the more grown-up lines of the latest Octavia will likely get a more muscular makeover for this sportiest model. Not only will there be larger wheels, but also a subtle bodykit, including a vRS trademark tailgate spoiler on hatchback versions. Another feature likely to be retained is the full width reflector strip in the rear bumper.

An on sale date and prices are unknown, but expect to see first deliveries at the end of 2020. The PHEV could prove to be the priciest Octavia yet, potentially weighing in at up to £34,000.