Maserati has taken its next step towards electrification with the unveiling of the Levante Hybrid, which follows the Ghibli saloon in adopting 48V mild-hybrid functionality for improved efficiency.

On sale late this year, the new Levante variant pairs a 2.0-litre turbocharged four-cylinder petrol engine with a belt-integrated starter-generator, which recovers energy under braking and deceleration to charge a boot-mounted battery.

This in turn powers an ‘eBooster’ electric motor to provide a slight power boost under acceleration and at low revs. 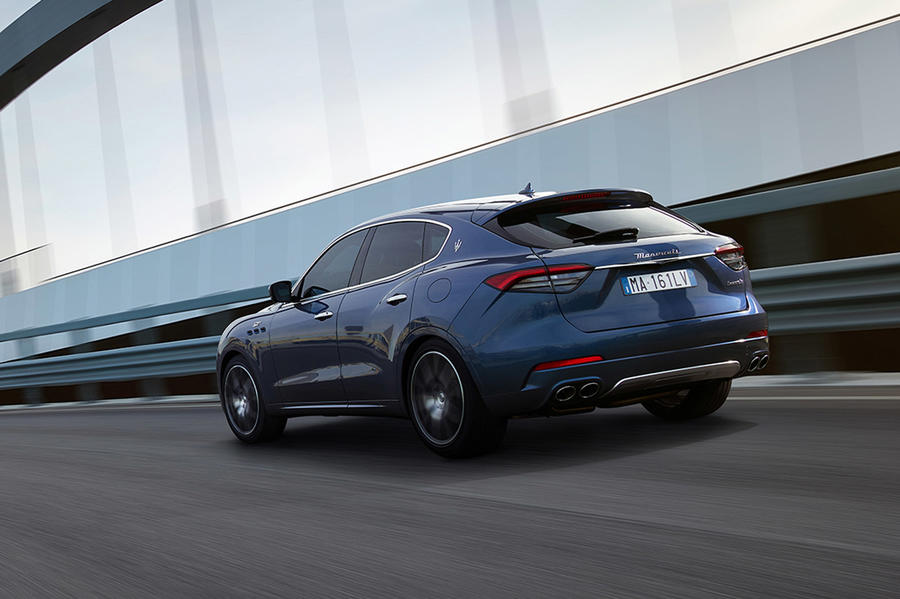 The new powertrain also weighs less than the V6 and offers improved weight distribution - courtesy of the battery pack being mounted at the rear, so the Hybrid is “even more agile and fun to drive”, according to the firm.

A traditional Maserati ‘growl’ is said to still be emitted, without the use of amplifiers. “Anyone on board a Maserati hybrid must still hear the unmistakeable roar of a Maserati engine,” said the firm, suggesting a similar treatment for all upcoming electrified - and possibly electric - models.

As with the Ghibli, the Hybrid is marked out by way of subtle blue detailing - namely to the characteristic three side air vents, brake callipers and side logo. The theme continues inside, where the seats are stitched in blue and a new logo is introduced for the infotainment system.

The Levante Hybrid is offered in a new range-topping GT trim, which brings chrome detailing for the front bumper and grille, bespoke badging and range-topping interior materials.

The Hybrid and GT versions of the Levante arrive as part of a mid-life refresh for the entire SUV range, four years after it first went on sale. Tweaks for 2021 include reshaped tail-lights, a new grille design, a higher-resolution infotainment screen and a range of new driver aids and connectivity services.

Updated prices and specifications for the Levante range - including the new Hybrid and GT - will be revealed closer to the car’s arrival in dealerships.

I want to love this, and the Ghibli saloon, but they leave me cold.