BACK TO ALL NEWS
Currently reading: New Kia Xceed crossover: UK prices and specs announced
UP NEXT
Lotus Emira vs Porsche 718 Cayman

New SUV-esque Ceed variant is on sale now, priced from £20,795 – about the same as the larger Sportage
Open gallery
Close

The model, which is the fourth in the latest Kia Ceed range, is available to order now priced from £20,795 - around £2000 more than the equivalent Ceed five-door hatchback.

That gets you the 118bhp 1.0-litre turbo petrol T-GDi in 2 trim, which comes with Android Auto and Apple CarPlay connectivity, LED headlights, keyless entry, cruise control, an 8.0in infotainment touchscreen and a rear-view camera.

Also available are 1.4-litre turbo petrol and 1.6-litre diesel engines, while 3 and First Edition increase the amount of standard kit significantly. The priciest model is the 1.4 T-GDi First Edition with an automatic gearbox. First deliveries of the Xceed are expected in December.

The front-wheel-drive Xceed is said to marry hatchback-style driving dynamics with the practicality of a small SUV, wrapped up in a sportily styled body with a bespoke design. The similarly conceived Ford Focus Active is lined up as its closest competitor. 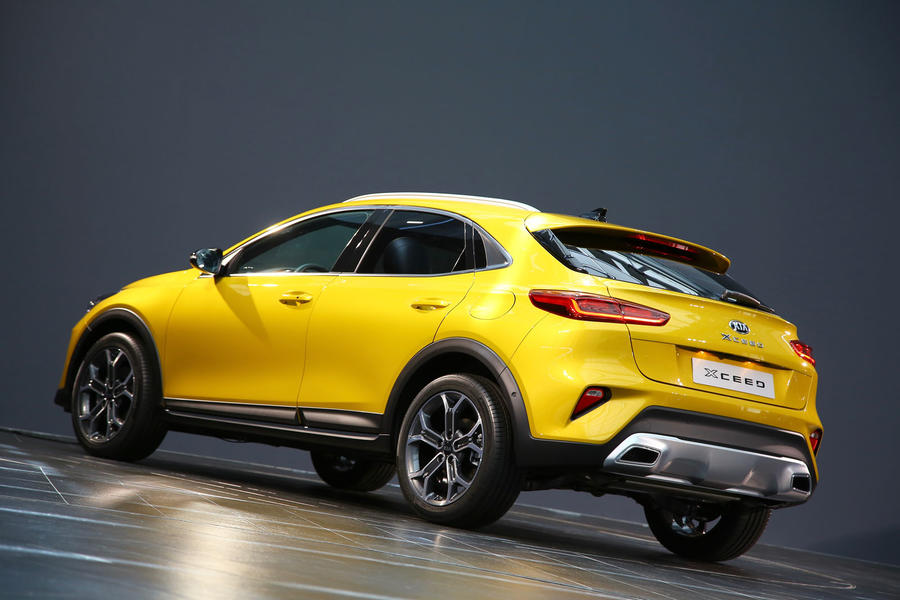 The technical base for the Xceed is the five-door hatchback, and it shares that car’s 2650mm wheelbase. Kia says only the front doors are carried over and rest of the body is new, including the windscreen and sloping roofline.

The new body is 85mm longer and 26mm wider than the hatchback's, thanks to extended front and rear overhangs that increase the length of the Xceed to 4395mm. Kia hopes these dimensions will put the Xceed in a different class from big-selling small SUVs such as the Nissan Juke and its larger sibling, the Nissan Qashqai.

Kia, of course, has to position the Xceed between its £15k Kia Stonic small SUV and the £19k Kia Sportage family SUV. “There is growing desire for cars that offer more emotion and dynamism than an SUV, yet these customers don’t want to lose the practicality offered by a larger car,” said Kia Motors Europe chief operating officer Emilio Herrera.

The latest Ceed has been well received, but Kia expects the Xceed to do even better

To give the Xceed a little more rough ground-covering ability and raise the driving position to improve visibility and in/out access for the driver, the ride height is pushed up by 42mm to create 174mm of ground clearance. This also raises the Xceed’s roofline to 1490mm – just a few millimetres lower than successful small SUVs such as the Fiat 500X and Audi Q2.

With the higher ride height and the dynamic handling target, Kia has re-engineered the suspension using some unique components and a bespoke set-up. Kia said the target was to deliver “a mature ride and engaging handling character in all conditions”.

The front axle features new hydraulic rebound stoppers, the front springs are softened by 7% and the rear springs by 4%. The steering is carried over from the hatchback, but it's retuned to give quicker initial response and a slightly lighter feel.

Kia claims the retuned steering, together with the chassis changes, endow the high-riding Xceed with similar handling dynamics and roll control as the Ceed hatchback. Refinement, meanwhile, is said to have been improved by a new dynamic damper for the rear crossmember. 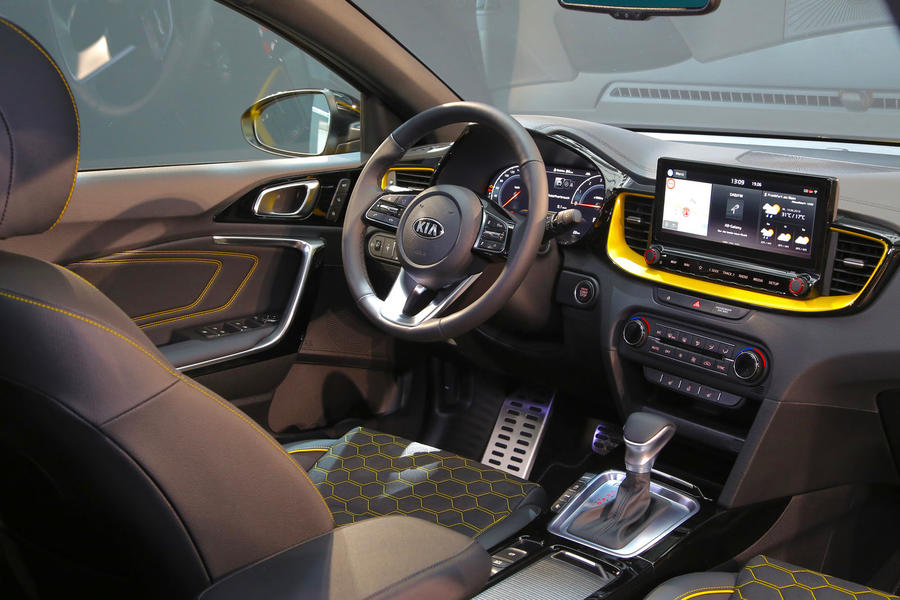 Kia says that the interior “carries over the cabin architecture of its Ceed stablemates” with an optional upgrade to a fully digital 12.3in instrument cluster – a first for Kia. Five engines will be on offer – three petrols and two diesels, all taken from the rest of the Ceed range.

The range starts with a three-cylinder turbo 119bhp 1.0 petrol and moves up to a four-cylinder turbo 138bhp 1.4. A 201bhp 1.6 from the Ceed GT is available in other markets but Autocar understands this isn’t destined for the UK for the time being. The diesels are both 1.6 capacity in outputs of either 114bhp or 134bhp.

A six-speed manual transmission is standard, with a seven-speed dual-clutch automatic optional on all engines except the 1.0. Plug-in hybrid and 48V mild hybrid versions will be launched in early 2020.

Kia to add plug-in hybrid Ceed and Sportage in 2019

Far too expensive for this size of car from a mainstream manufacturer (not that prestige makes are much to shout about these days, what with Mercedes using Renault engines for example). Also the front looks like a smiling frog and I can't see any traditional crossover benefits from this so called crossover - it just looks like a normal hatchback.

Despite the huge price, it will no doubt attract customers buying on finance, who aren't looking past the monthly payment figure they've been talked into paying, thus add to the already worrying debt balloon of outstanding car finance that could lead to another credit crunch scenario.

On the plus side, if enough people pretend they were talked into the finance by a pushy salesman rather than making an informed decision themselves, someone somewhere will set a precident to claim their money back - after all, something needs to replace PPI claims when they finish in August.......

One of the better looking crossovers

I quite like this - it's far more interesting than the Ceed which suffers from being a little bland and the changes to the suspension may improve the overly firm ride (on 17 inch wheels at least) of the standard Ceed. The interior could do with an upgrade, but its far from terrible and works well on a practical level (with a good blend of buttons and touch screen). Now if they can improve the underwhelming gearshift of the Ceed I would seriously consider one.

I am not sure the Ford was

I am not sure the Ford was Kia's inspiration to compete with, but like me no doubt they noticed the T-Rok appearing on the roads quite a bit now and thought we will have a bit of that action thank you very much. Looks funky, I like it.