​​The new hybrid-only Honda Civic has been revealed for Europe ahead of its autumn on-sale date, completing Honda's plans to electrify all its mainstream European models by the end of 2022.

The eleventh-generation family hatchback was first revealed for the American market at the Los Angeles motor show late last year.

Alongside the Civic unveiling, Honda confirmed that it will launch a small electric SUV, a new hybrid compact SUV and a new-generation CR-V SUV in 2023.

The hot Honda Civic Type R will retain a pure-combustion set-up, likely to be based around an evolved version of the current car's 'K20C1' turbocharged 2.0-litre four, which produces 316bhp - making it one of the most powerful front-wheel-drive cars on sale today.

The Japanese firm has taken an evolutionary approach for the 11th-generation Civic's styling, although notably the new car adopts a fastback-style sloping roofline, ditching the current model's prominent rear wing.

The rear hatch itself is said to be lighter and features smaller hinges for a cleaner roofline, while the A-pillars are two inches farther back than on the current car and the wheelbase is 35mm longer. 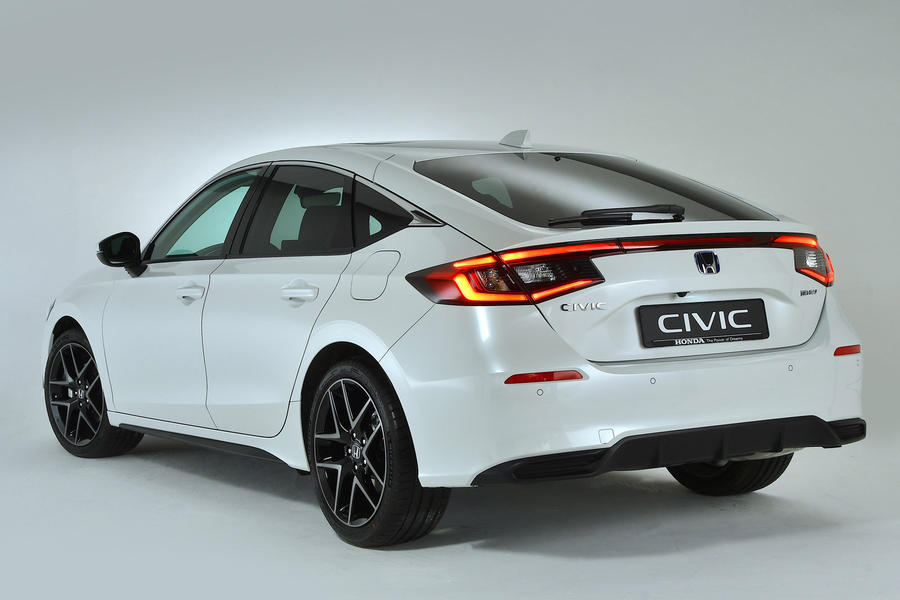 The Mk11 Civic adopts a minimalistic and "human-centred" cabin design similar to the new Honda HR-V and Honda Jazz.

A honeycomb-style trim panel with integrated air vents runs the width of the dashboard, while a free-standing 9.0in infotainment touchscreen brings Apple CarPlay and Android Auto connectivity.

There will be three trims available: Elegance, Sport and Advance. There’s no confirmed specification yet for the UK, but top-spec cars in the US get a 10.2in digital dial display, a Bose sound system, wireless smartphone charging and a larger (9.0in) touchscreen.

It's also said to be more fun to drive, courtesy of new ball joints and bearings at the front that "improve steering feel and self-centring", a wider rear track that boosts stability and a 35mm-longer wheelbase for improved ride quality. 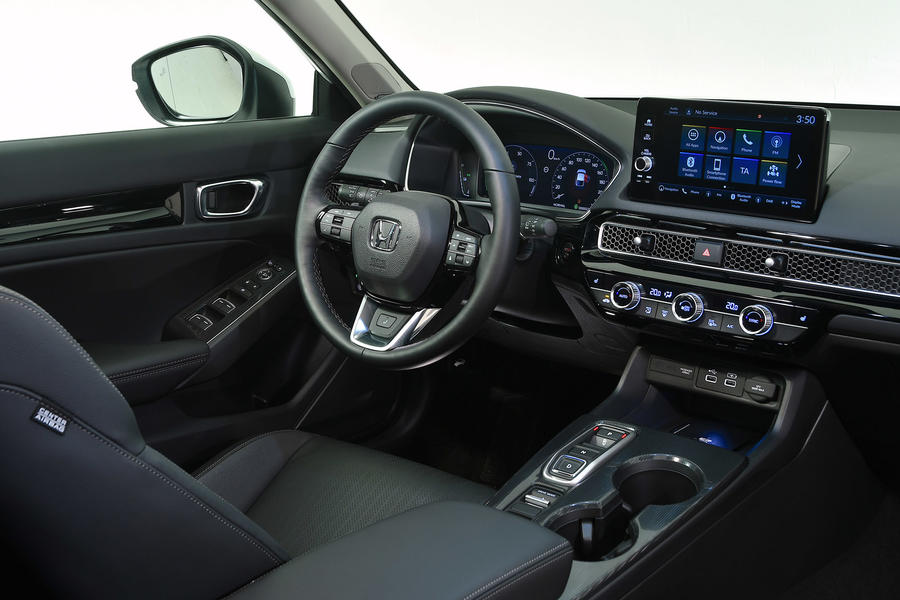 The Civic was built at Honda’s Swindon plant until that closed in 2019. It's now produced at Yorii in Japan for the domestic and European markets. For North America, it's built at the Honda plant in Indiana.

No pricing has yet been announced for the new Civic, but it’s expected to command a slight rise over the current car's starting price of £22,730.

Where are Honda goinng with the styling of the Civic. Previous generations where absolutely cracking looking cars, but the last couple of models just seem to get gradually duller. Its a real shame.

Just what class is this in, based on it's size is it up against a Focus or Audi A3 saloon.

Pleased they've gone for the 2.0 hybrid, it should give it enough power, though I wonder how expensive it'll be. I think it looks good but the real highlight is the interior which is a vast improvement on previous generations.