BACK TO ALL NEWS
Currently reading: New Ford Puma: sporty small SUV revealed on Wednesday
UP NEXT
Two worlds collide: Porsche Taycan vs Alpina B3

Ford will return the Puma name to its range this year, and the Fiesta-based crossover is now confirmed for a reveal in the coming days.

The sportier, more style-oriented sibling to the Ford Ecosport will target the upcoming Nissan Juke, Peugeot 2008 and Mazda CX-3 when it goes on sale in the next few months.

The new car, which has previously been spied testing in camouflage, will take the name of the two-door coupé the firm produced between 1997 and 2002 - also built on a Fiesta platform.

At first the new model was believed to be a replacement for the Ecosport, but we now know it will sit alongside that car as an alternative led on style and driver appeal. The Puma’s design can be seen in part in Ford’s teaser image of the car, showing its front and side profile will be significantly different to the Ecosport and has more in common with the latest Fiesta and Focus. 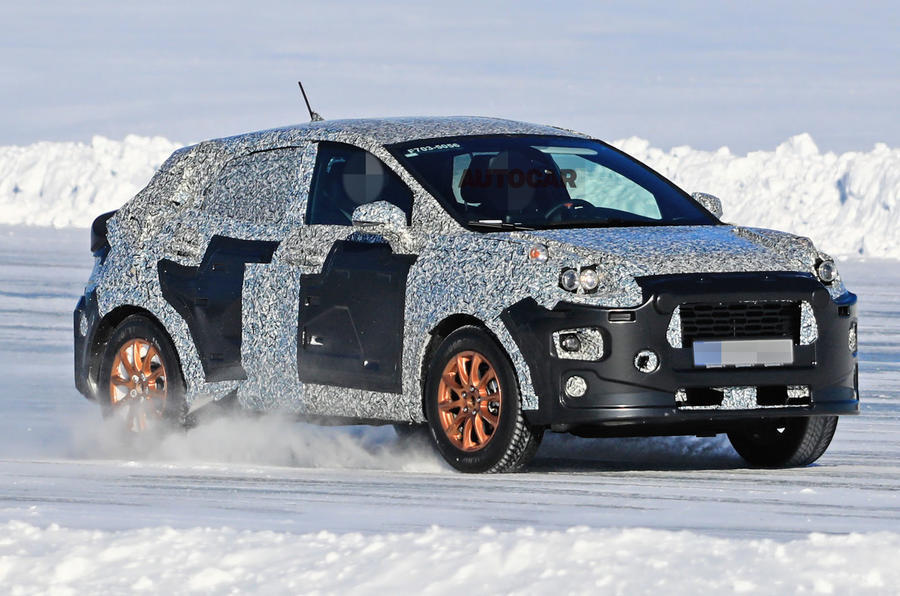 Expect an interior that’s similar to the Fiesta and Focus, too, with the brand’s dashtop-mounted SYNC touchscreen infotainment system and much of the same switchgear. It will also offer a bigger boot, with 456 litres of ‘uncompromised’ luggage capacity. Ford will balance an SUV-like higher seating position with the desire to retain the Fiesta’s driver focus.

Ford has also revealed that the new Puma will be offered with a 153bhp mild-hybrid powertrain, featuring a 1.0-litre Ecoboost three-cylinder turbo petrol engine mated a 48V belt-driven starter motor generator. Expect lesser versions of the same engines without mild-hybrid tech alongside a diesel option, too.

Ford has yet to give any further technical details of the car, which will be built at its Craiova plant in Romania. It will sit alongside the existing Ecosport in its compact SUV range, and is part of Ford’s major European overhaul to focus on more profitable market segments.

PUMA is too low for an SUV

Heart sank when I realised its an SUV

I saw the headline and was delighted at the prospect of a return of the small, light, great to drive coupe with fiesta running costs.... Then I clocked it was another SUV :-(
How did we get here?
eseaton 24 June 2019

What a shocking insult to

What a shocking insult to what was a very fine driver's car 20 years ago.

A 'sport small SUV' indeed.  As if such a thing was remotely possible.