BACK TO ALL NEWS
Currently reading: New BMW X1 shows off final look ahead of 2022 launch
UP NEXT
New Porsche Taycan Sport Turismo on sale from £73,560

New BMW X1 shows off final look ahead of 2022 launch

BMW is road testing its third-generation X1 ahead of an expected debut in the first half of 2022.

The small SUV, which is technically closely linked to the latest 1 Series hatchback, was seen with the disguise typical of a model that’s not all that far from an unveiling.

However, given that the current X1 has only just been facelifted, having first gone on sale in 2015, we don’t expect to see the new car becoming official during next year.

Visually, it appears the next X1 will feature a design evolved from that of the newer, bolder X2, as well as the new 1 Series. What appear to be enlarged kidney grilles fit into this, while the overall shape is more angular and distinctive. It also seems to be slightly larger, with more of an upright roofline to help differentiate the X1 from the X2. 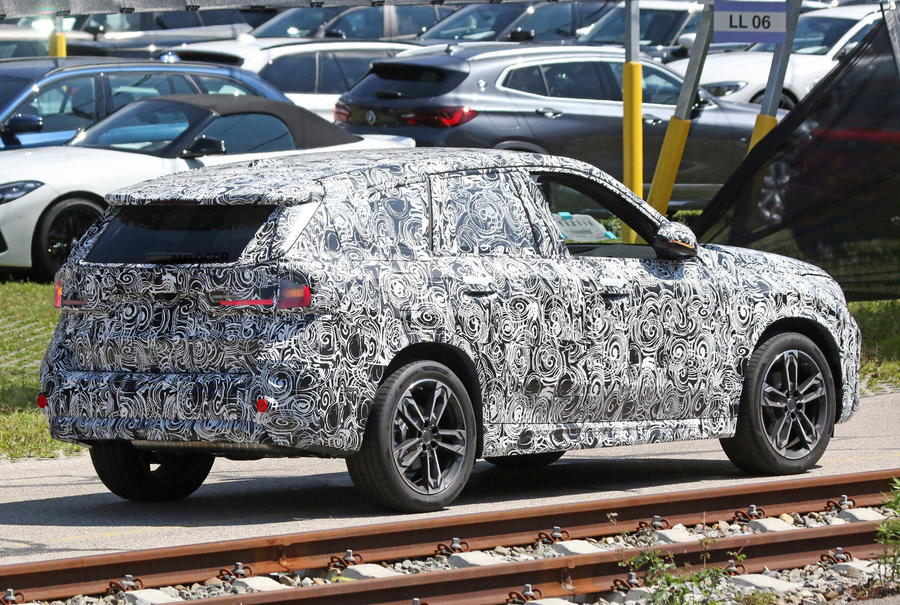 Inside, we will see the latest generation of intotainment, comfort and safety technology to bring the Audi Q3 rival in line with newer challengers and the rest of BMW's range. But more interesting are the powertrain choices set to be on offer.

Autocar understands the new X1 will make use of a heavily reworked version of the current model’s UKL platform. Although details of that aren't yet official, the Munich brand confirmed last month that an electric version of the next X1 (likely dubbed iX1 in line with the sub-brand naming strategy) will arrive by 2023. This will sit alongside existing petrol, diesel and plug-in hybrid variants expected to arrive a year prior.

Details of the iX1 are thin on the ground, but expect some relation to the new iX3, which uses a 282bhp single-motor rear-wheel-drive powertrain and promises a WLTP range of 285 miles.

The iX1 will form a core part of BMW's ambition to introduce 25 further electrified models by 2023. That’s expecially true, due to the standard X1's popularity - nearly 110,000 examples were registered in Europe alone throughout 2019.

Next generation BMW 5 Series and X1 to gain electric versions

Jeffa4444@, been driving them for 14 yrs, and I'm sure our Roads are similar, badly surfaced and maintained, I've no reall complaints about how my previous BMW's have driven, from an M3 to 530i to an X2, infact, I was surprised how well the X2 handled on said roads,and I'd say pretty much like the others,so, you'd assume the X1 would, should be the same.

Sort out the over hard suspension

Ive been a BMW driver for 15 years and in that time the suspension has got firmer and the wheels larger making the ride comfort bordering non-existant. BMW needs to make a softer option available without having to spec. Variable dampers which have also lost the comfort plus option.

BMW need to understand were not all boy racers and comfort matters especially on cars like the 5 series, 7 series and I would argue the 3 series as well.

Don't think any of the X1's

I too have a Mk1 X1. Be grateful, cos I wouldn't be seen dead in the current model.

That's because, to save costs, there's no insulation in the engine hood. Remember the Mk1's were actually based on the 2005 3 Series.