BACK TO ALL NEWS
Currently reading: New Audi Q4 E-tron hits the road disguised ahead of 2021 debut
UP NEXT
Alfa Romeo to show new sports car in early 2023

Standard-roof version of Q4 E-tron is seen for the first time after coupe-styled Sportback version, ahead of production debut in 2021
Open gallery
Close

The firm's third and fourth electric SUVs will go on sale roughly at the same time. Original intentions were for an unveiling early next year and an on sale date before the summer, but it's not clear if the impact of the pandemic will cause delays to that schedule.

The Q4 E-tron will feature a more upright roof design than the previously seen Sportback prototypes. While that means a less rakish look, it should translate into increased rear seat room for taller adults and a slightly larger boot.

The Tesla Model Y rival was first previewed in standard E-tron form by a concept at the 2019 Geneva motor show, while the Sportback was shown in concept form this July. 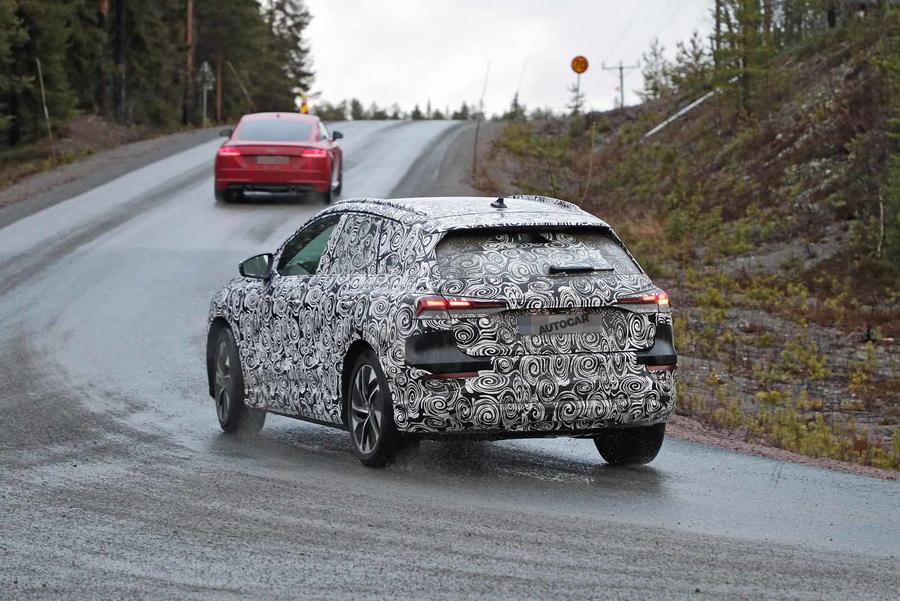 Although in disguise, the Sportback prototype also makes it clear that the production model will stick fairly closely to the concept. Details such as the clamshell bonnet, blanked-off front grille and LED daytime running lights are recognisable, as is the roofline sloping down steeply to the tailgate.

Details of both cars' production electric powertrain have yet to emerge, but we know the concepts featured four-wheel drive, thanks to two electric motors. That claimed to put out 302bhp and 306lb ft for a 0-62mph time of 6.3sec - figures that seem realistic for a production model. The rear motor is used mainly, with the front axle kicking in to redistribute torque when required.

It's nothing new, it's a "me to" car, any Audi fan might buy one just because Audi make one, same goes for other brands by the way.