BACK TO ALL NEWS
Currently reading: New Audi E-tron GT teased ahead of LA show debut
UP NEXT
Spending 48 hours touring in a Ferrari Roma

Audi has released teaser images of the new E-tron GT four-door concept ahead of its reveal at the Los Angeles motor show this week.

The new images of the electric sports car, which is due in 2020, include it sporting a livery similar to that used for the e-tron SUV ahead of its reveal earlier this year. They provide the clearest look yet at the four-door coupe ahead of its appearance in LA tomorrow, although no further information was released.

UPDATE: The E-tron GT concept has been revealed at the 2018 LA motor show. Read the full details

The production version of the E-tron GT will have a similar range to the new E-tron SUV but be “focused more towards power”, according to the firm’s powertrain boss.

The E-tron SUV offers a 248-mile range measured on the new WLTP test and Siegfried Pint told Autocar the GT will achieve a similar number. But he added that the vehicle will be “steered towards performance”. In the most powerful boost mode, the E-tron has a claimed 0-60mph time of 5.5sec, with a top speed of 124mph. By comparison, the rival Tesla Model S P100D has a 0-62mph time of 2.7sec and a 155mph top speed. It is understood that Audi will endeavour to make the E-tron GT beat those figures.

The E-tron GT will be built on the same J1 platform as the Porsche Taycan EV that will be launched next year.

Audi technical development boss Ulrich Widmann said the E-tron GT will “get some genes from Porsche and add a lot of Audi genes”. 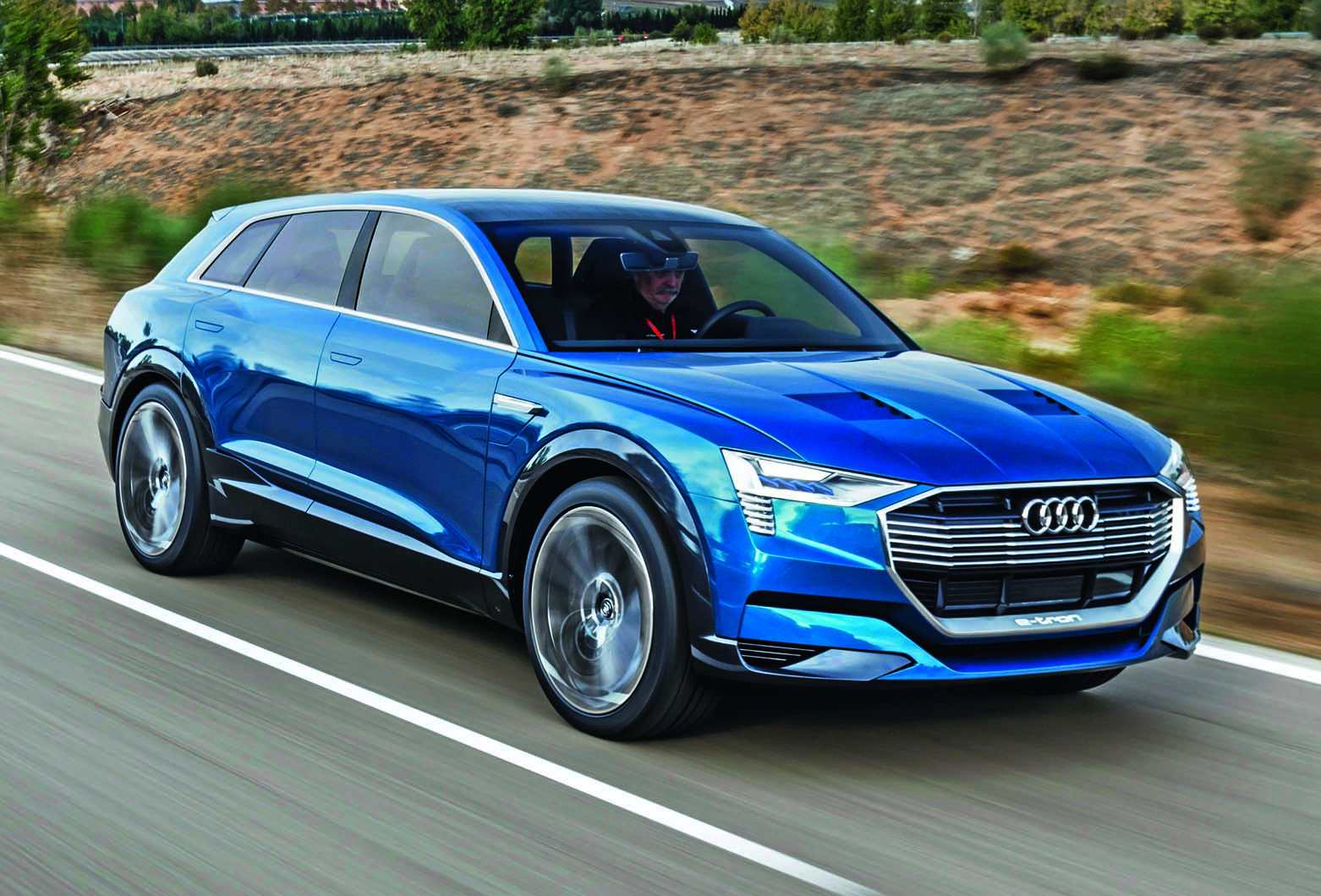 The model will also be the first Audi EV to allow for 350kW fast charging, according to product manager Johannes Eckstein. That means it will be capable of charging to 80% in under 12 minutes.

Audi first confirmed plans for the electric four-door car in March – two years after Autocar had scooped the model – at the company’s annual press conference.

Audi has also described the upcoming four-door as “highly dynamic” and said it showed the direction of the company’s performance division.

The E-tron GT will be produced at the firm’s Neckarsulm factory in Germany. It is one of 10 Audi electric models that are due before 2025.

Pity you can’t have it with the Camo design in the photos, and those wild Wheels, otherwise it’s just another Panzer wagon that can go very fast.....

Pity you can’t have it with the Camo design in the photos, and those wild Wheels, otherwise it’s just another Panzer wagon that can go very fast.....

What is ‘panzer wagon’ about this?

Well, you did ask

Slab sided, big wheels, the agility of Custard, or, iron fist in a Velvet glove,and has been remarked by testers in this Mag and others, the steering is a bit numb, there words......

Although the earlier silly error with the P100D has finally been corrected, this latest version is still...incorrect.

A minor detail, to be sure, but attention to detail is important. Especially in journalism.

Once again Autocar (Rachel Burgess) has written a very poor article that is poorly researched and factually wrong.