E-tron range now kicks off with the 190-mile 50 variant, which represents a saving of more than £7000
Share
Open gallery
Close
Share story

Audi has revealed UK pricing for the E-tron 50 – a cheaper and lighter entry-level version of its flagship electric SUV.

The new model is available from £59,900, including the government's £3500 plug-in car grant, representing a saving of £7445 over the E-tron 55. It will be available in four trim levels, with prices rising to £72,700 for the highly specified Launch Edition, which is marked out by black trim elements and bespoke 21in alloy wheels from Audi Sport.

Available to order in the UK now, the new model weighs roughly 120kg less than the 2565kg E-tron 55, primarily as a result of its smaller battery pack. 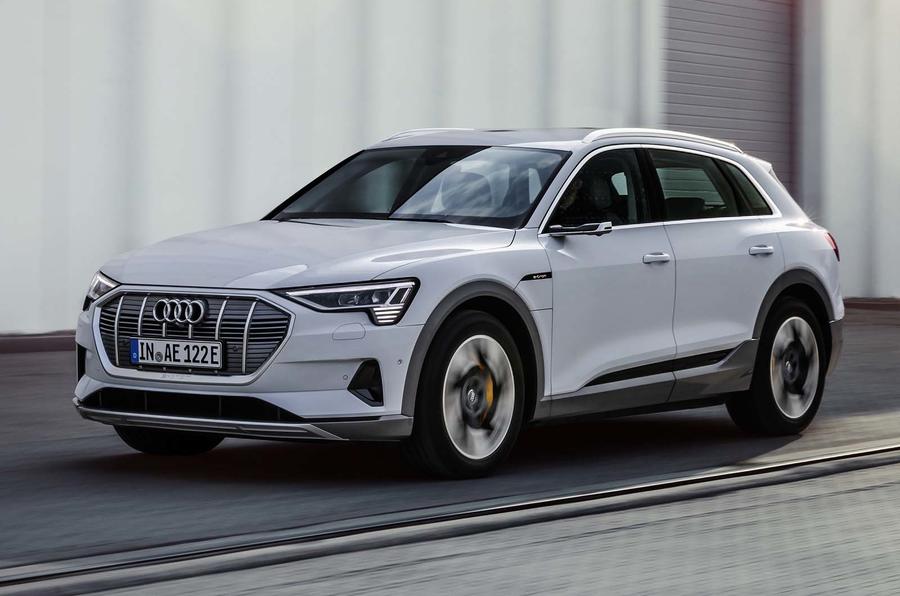 By comparison, the E-tron’s main rival, the Mercedes-Benz EQC, has a WLTP-certified range of 259 miles in its standard 400 form. A future lower-spec variant could be expected to offer less than 200 miles.

While the E-tron 55 is compatible with 150kW chargers, the E-tron 50 can accept only up to 120kW. It can still, however, be charged to 80% in approximately half an hour at a rapid-charging station. 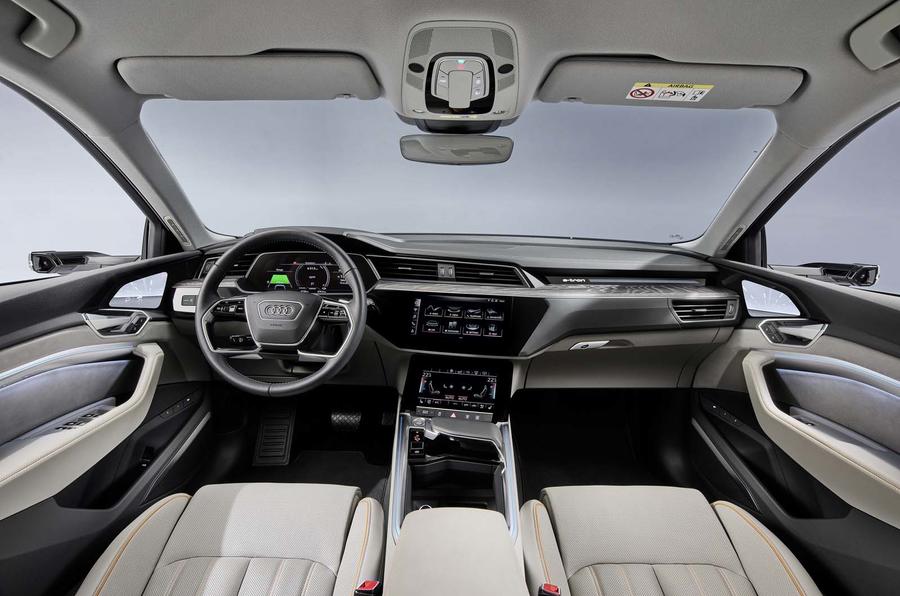 Regenerative braking technology recuperates energy in more than 90% of brake applications, working alongside an electrohydraulic brake assistance system that activates when braking force exceeds 0.3g. Audi says this “results in short braking distances in all situations”.

The E-tron 50 will be built alongside the more powerful version at Audi’s EV production facility in Brussels, Belgium.

Audi isn't the only manufacturer to offer a range of battery sizes across its new family of electric vehicles. Tesla has long employed this strategy, while the new Volkswagen ID 3 hatchback will be offered with three different packs when it launches later this year, with range rising from 205 miles in the entry-level model to 342 miles at the top of the line-up.

Comparison's to an e-niro don

Comparison's to an e-niro don't work that well.

And lots of people do lease.

So the E-tron is cheaper and for some people more practical. Admittedly they do take the proverbial with the options costs.

I'm not getting any of the above and am waiting for a Polestar 2!

When will we start talking about EV efficiency?

These are a nice place to sit, if you like that kind of chintzy "luxury" environment, but they're a 2.5 tonne brick and about as uneconomical as you can get in an electric car. An efficient electric car (eg Ioniq) can go that distance on a battery little over half that size. It's a real pity that the premium brands are focusing on making electric gin palaces rather than more socially as well as "environmentally friendly" vehicles.

..they get all the optional extras list in place first, then wory about the actual engineering after that.

Hopefully this model will not

Hopefully this model will not be fitted with the standard "Oil change and inspection due in ### miles" that drives E-tron owners to their dealer just to stop the message everytime they switch on. More likely to frustrate owners than retain them.
View all comments (7)