Aston Martin has revealed the new Vantage Roadster, which the company hopes will provide a boost to underwhelming Vantage sales. The Porsche 911 Cabriolet rival costs from £126,950 and is available to order now, with deliveries beginning in the second quarter of this year.

The convertible Vantage is said to “amplify the emotional appeal” of the two-seater and receives what Aston claims is the fastest fully automatic soft-top hood in the business, going from opened to closed and vice versa in under seven seconds at speeds of up to 31mph.

The roof itself adds a modest 60kg to the overall weight of the Vantage thanks to a ‘Z-fold’ roof mechanism and lightweight structural bracing. It means the Roadster, which uses the same 503bhp 4.0-litre V8 as the coupé, is capable of 0-60mph in 3.7sec and a top speed of 190mph, figures that are 0.2sec and 5mph slower than those of the hard-top car. 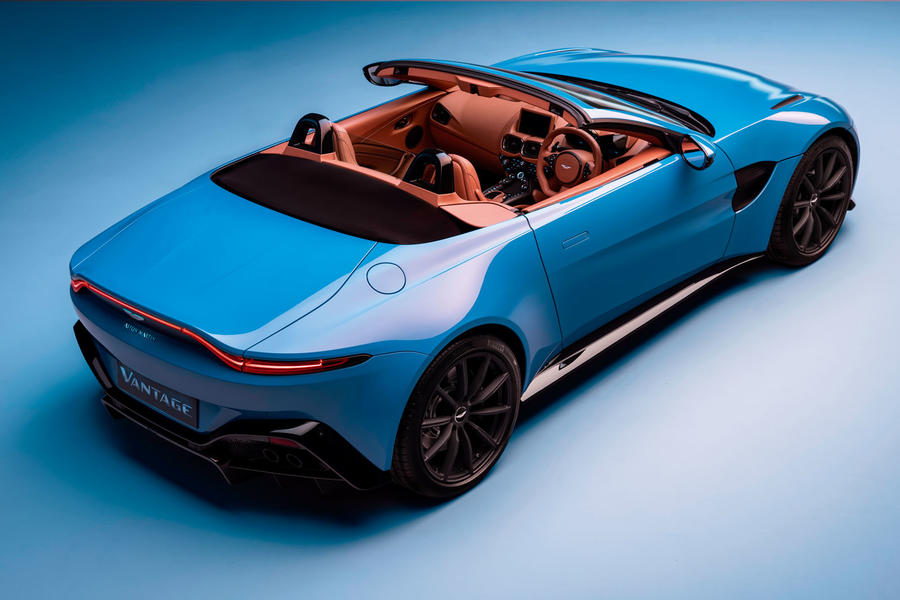 Aston says the Roadster retains the coupé’s “strong dynamic ability and sporting character with no compromise to feel or refinement”. It uses the same electronic and mechanical chassis systems as the coupé but has a bespoke tune for the rear suspension, altered software for the adaptive dampers and a recalibrated ESP system. The three-mode chassis control system has also been tuned specifically for the model.

The Vantage loses 150 litres of boot capacity compared with the coupé, keeping an albeit respectable 200 litres, which Aston says is large enough for a full-size golf bag and its accessories.

The British manufacturer is also using the launch of the Vantage Roadster to introduce a range of new options across the Vantage range. Most notably, the seven-speed manual gearbox launched on the limited-run Vantage AMR is now available to order on the standard coupé. There’s also a new, more traditional ‘vane’ grille design option that can be ordered on both the coupé and the drop-top, sitting alongside the existing ‘hunter’ grille. New colour finishes and alloy wheel designs are also available. 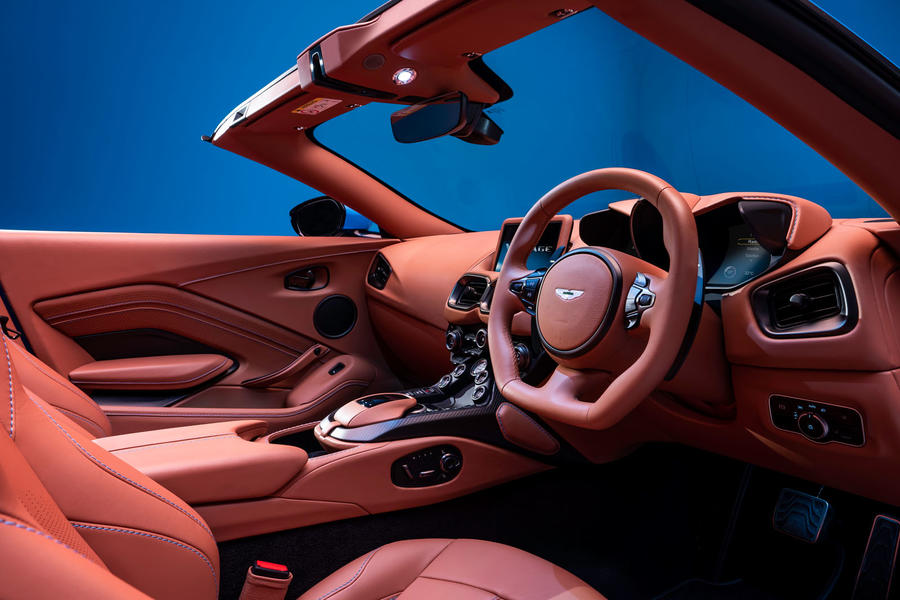 Weakening demand for the Vantage, particularly in Europe, was cited as a major factor in a “disappointing year” for Aston in 2019. Mounting losses led to last week’s announcement of a consortium, led by billionaire businessman Lawrence Stroll, investing hundreds of millions of pounds in return for a 16.7% stake in the car maker.

Aston Martin registered 1029 examples of the Vantage across Europe last year. That represents less than half the number it registered in 2006 in the first full year of sale for the outgoing V8 Vantage. By contrast, Mercedes-AMG registered in excess of 5500 AMG GTs across Europe in the same period.

The poor thing just doesn't look like a 130k car, devoid of emotion or sense of occasion.

Back in the 90s Porsche was on its knees. Its super-wealthy buyers stayed away - as much because of so much negative press and what was regarded as an overpriced, aged looking range. The Vantage, and Aston, is now in similar danger of sliding into the tragically unhip.

New nose looks much better. New nose still goesn't look great. Interior still awful. It does not need an AMG straight-6 -- it needs an Aston Martin engine. The previous generation cars were quintessential Aston Martin designs -- clean, sporty and elegant, and simply beautiful inside and out (and Aston Martin-powered). The new cars are extremely fussy, busy, overdone and trying too hard -- exactly what an Aston Martin should not be.

Re: New nose looks much better.

Agree completely re the styling, the previous gen cars were Categorically not powered by Aston Martin engines however: the V8 was a Jaguar Unit (AJV8) and the V12 was two Ford Cologne V6’s. That you didn’t even realise this speaks to how irrelevant who designed the basic engine architecture is.

The Chiron has essentially two Passat W8’s, the McLaren F1 two E36 M3 straight sixes - both are regularly considered among the greatest road car engines of all time.

About the only thing that isn’t wrong with the current Vantage is the AMG V8, but a lower cost, lower emissions motor is desperately needed as well.

If Aston spend £100m developing another bespoke engine at this point they will go bust.

I've always disliked interiors that use one colour for just about everything: all the upholstery, the dashboard, the steering wheel etc.  I can understand black everywhere, but that's about it. Porsche in particular have commited some grave offences in this regard.