Fisker releases new image of its second model, which will sit alongside the larger Ocean
Open gallery
Close

The name stands for Personal Electric Automotive Revolution, hinting at Fisker's ambition for the new model to be among the more accessible EVs on the market.

Like the larger Ocean, which will make its European debut later this month ahead of a launch next year, the Pear is claimed to combine "sustainability, technology and design into a digitally connected" package.

A top-down image gives little away, design-wise, but flared arches and wraparound light bars will be shared with the Ocean.

Its positioning as an "agile" urban-oriented proposition suggests Fisker is lining it up as a rival to cars like the Renault Zoe and Mini Electric. The firm says "sporty driving" and "clever storage" will be among its defining features. 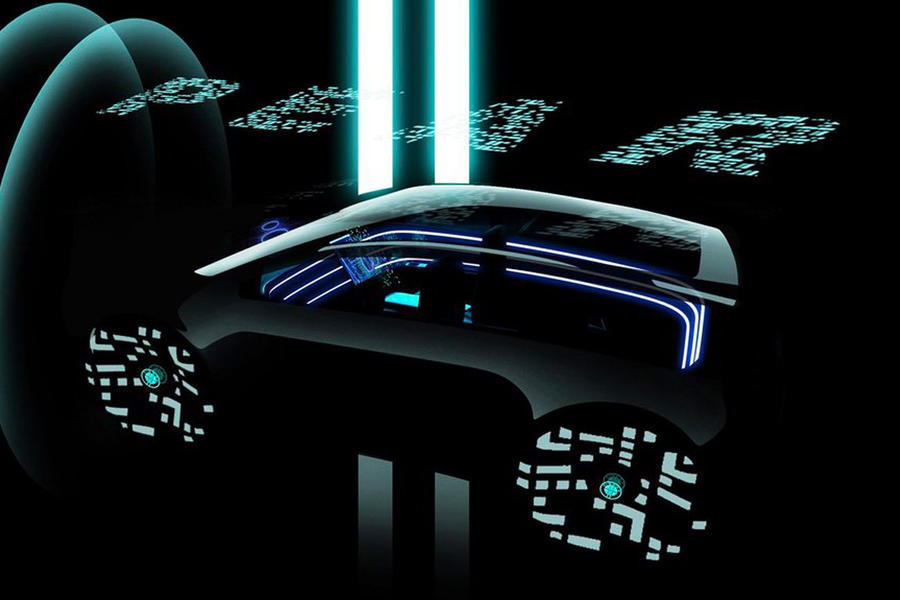 It will be built by Taiwanese technology giant Foxconn, which itself recently revealed two bespoke new electric cars based on its Hon Hai EV platform - which could, thus, also be used for the Pear.

Fisker says production will take place in Ohio, and is planning to build at least 250,000 units annually. The Ocean, meanwhile, will be built in Austria by Magna Steyr.

Outsourcing production is a core element of Fisker's business strategy. Founder Henrik Fisker told Autocar last year that Apple was a key inspiration, in this respect: "They don’t build their own products; they spend all their efforts on customer features and solutions. That’s the way we’re doing it."

He hinted at the time that the Pear might "appeal even more in Europe" than the Ocean, given its smaller footprint, but added that it still has to attract US buyers, so will be "very beefy, not too tiny".

Customers can now place a $250 reservation fee for the Pear, suggesting a reveal is on the horizon. The company has not yet given a projected European launch date for the model, but it can be expected to follow roughly a year behind the Ocean.

How much would the pear share with future stellantis cars that also use foxconn technology? Would a car named pear deter apple from ever launching a car using its own brand?

I hear there will be three trim levels, Comice , Conference and Avocado.

"Affordable" - there's that alternative, car magazine, use of the word again. £22,000 is a lot of money for those living in these cost-of-living crisis times and sure, some superminis cost that now but they didn't not that long ago (thanks to finance packages letting car price inflation rocket in recent times).

Besides, direct currency conversion price comparisons are complete nonsense due to a number of factors as well as this being rip-off Britain.

If it does come here, expect an "affordable" £30k at least.

Andrew1 13 May 2022
It's affordable for those who can afford a car. Funny how people think they have a right to afford things, when in fact it's a privilege that took decades to obtain.
martin_66 13 May 2022

Who pays full price for a car?  The vast majority of Cars on the roads are bought on finance, or supplied as company cars, so will only cost their owner a few hundred pounds a month.  If individual people are struggling with the cost of living crisis, I rather doubt they will be thinking about buying a new car anyway.