New 2022 Mercedes-Benz GLC to be revealed on 1 June

The new, second-generation Mercedes-Benz GLC has been revealed - click the link to read all the details.

Confirmation comes alongside a new preview image showing off the crossover's rear end, and not long after new spy shots gave us a good look at its final design.

The GLC, which will again look to rival the BMW X3 and Audi Q5, will adopt the same fundamentals as its more-than-seven-years-old predecessor, which has established itself as the brand’s best-selling car worldwide with over 270,000 sales in 2021 alone.

The new Mercedes-Benz GLC has been fully revealed - click the link to read all of the details.

But subtle improvements and tweaks across the board have been made with a view to sustaining that momentum. It will be 60mm longer at 4718mm, for example, and adopts a 15mm longer wheelbase, giving more legroom for passengers and greater boot space.

No prices have been released yet, but it is expected to be more than the current GLC, which starts from £45,240 in standard guise and £49,465 in coupé form.

On release, it will be offered with a range of four-cylinder engines boasting mild-hybrid properties. Included are the petrol-powered GLC 200 and GLC 300 as well as the GLC 220d and GLC 300d on the diesel side. Also planned is the GLC 400d – the sole new GLC model to feature a six-cylinder engine. 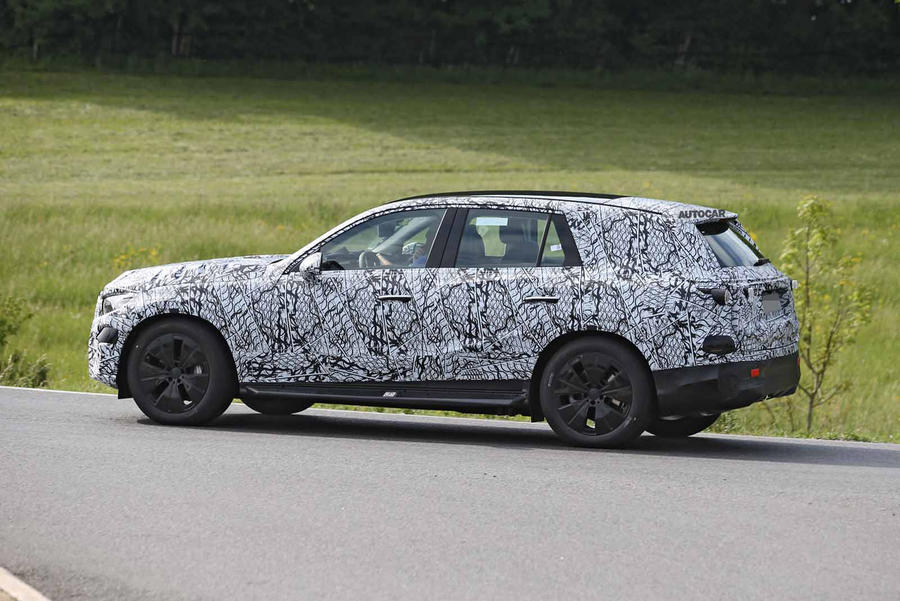 Further details on UK-available engines are yet to be revealed, though Mercedes-Benz has said there will be a combination of both rear- and four-wheel drive GLC models. There will also be a trio of newly developed plug-in hybrid drivelines in the petrol-electric GLC 300e and GLC 400e as well as the GLC 300de.

Autocar can confirm successors to both the GLC43 and GLC63 from Mercedes-Benz’s AMG performance car division are planned for launch in 2023, both running the same four-cylinder petrol engines as those planned for the upcoming C43 and C63, with the more potent tipped to make more than 500bhp.

Underneath, the GLC will be closely linked to the C-Class, as it is today, sharing the same MRA (Modular Rear Architecture) platform, which means should come with a double-wishbone front and multi-link rear suspension system as standard. Optional will be an air-sprung set-up.

And Mercedes is aiming to make the GLC the most advanced model in its class. It will help achieve this via a new Drive Pilot function with Level 3 autonomous capability. It’s a similar system to that which made its debut on the latest S-Class.

But, like they said, it's the brands best selling vehicle which means as far as news this is pretty big for Mercedes. It may not set your world on fire but it does make merc a lot of money that they can then throw at the silly-fun products like the AMG GT line-up. There's always a silver lining!

But, like they said, it's the brands best selling vehicle which means as far as news this is pretty big for Mercedes. It may not set your world on fire but it does make merc a lot of money that they can then throw at the silly-fun products like the AMG GT line-up. There's always a silver lining!

It's Bread n' Butter models that make the profits, not low volume expensive sports cars, they are Eye Candy, to persuade you to have a look at the brand, then possibly buy a Car, make your exciting and practical all in a shape that's different?, that's impossible, most brand share some design cues, none of them are bad Cars, it's just us, we diss Cars , scoff a others choices, when really, as long as you like what you've bought, that's all that matters.