Mercedes-Benz is due to give its E-Class saloon and estate range a mid-life update for the 2020 model year, and the first prototypes are hitting the road.

Tipped to be revealed late next year, the 2020 E-Class will benefit from exterior styling revisions to bring it up to date with fresher models in Mercedes' range, including the new A-Class and CLS. The current curvy front-end shape will be replaced by a more angular, aggressive look in line with these cars, as evidenced by this disguised car's reshaped headlights and grille.

The rear lights, also hidden behind camouflage, will also be updated. Alongside the estate variant spotted, a test mule for a jacked-up E-Class All Terrain has been seen, suggesting similar revisions for the Audi A6 Allroad rival. 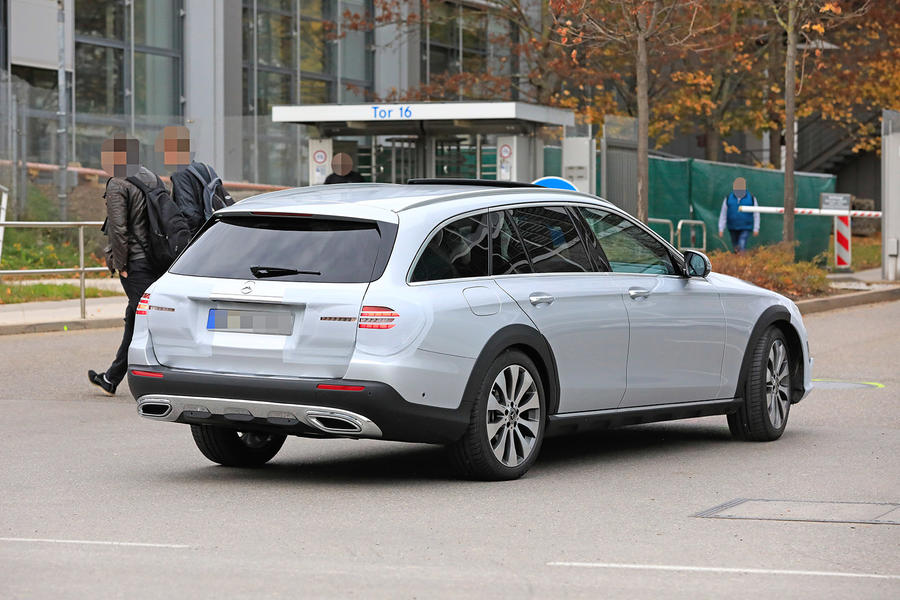 Inside, we're expecting to see upgrades to the E-Class's infotainment system, with the very latest MBUX hardware bringing more advanced voice control, an overhauled interface and new features. Touchpad-style steering wheel controls will also be drafted in, while we could also see additional trim and upholstery options.

The engine range for the 2020 E-Class won't be radically overhauled, but we know there will be more versions featuring Mercedes' EQ Boost mild hybrid system to boost efficiency. The plug-in hybrid E 350 e will also make a return after being pulled from sale (partially due to new WLTP regulations) while range topping AMG six and eight-cylinder units will transfer over, possibly with power upgrades.

We'll continue to see disguised prototypes testing on German roads for several months to come, as we don't expect Mercedes to confirm anything about the new car until mid-2019.