BACK TO ALL NEWS
Currently reading: Mini Countryman and Clubman JCW bumped up to 302bhp
UP NEXT
New 2023 Porsche 911 GT3 RS is "most track-focused" ever

Mini Countryman and Clubman JCW bumped up to 302bhp

Mini has upgraded the hot John Cooper Works variants of its Countryman crossover and Clubman estate, making them significantly more powerful and faster.

Claimed to be the most powerful Minis approved for road use to date, the cars pack a turbocharged 2.0-litre petrol engine that has been boosted from the 228bhp of the outgoing models to 302bhp, with torque rising by 74lb ft to 332lb ft.

The upgrade enables a 0-62mph time of 4.9sec for the Clubman and 5.1sec for the Countryman – 1.4sec and 1.5sec quicker than the previous models respectively. Both top out at a governed 155mph. For reference, the rival Cupra Ateca puts out 296bhp and manages the sprint to 62mph in 5.2sec. 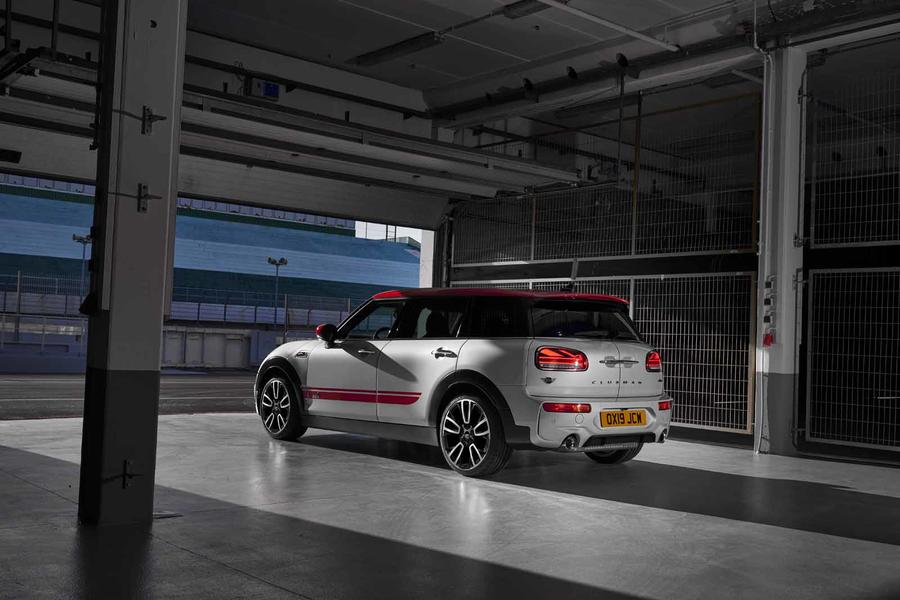 Mini claims the engine has been “completely redesigned” with crankshaft modifications and a new vibration damper with optimised cooling. These tweaks help to improve response, claims Mini, as well as boosting output. A new, louder sports exhaust also features with a petrol particulate filter.

The standard eight-speed automatic gearbox has been revised for greater internal efficiency and to allow the engine to pull lower revs in higher gears. A new mechanical differential lock has also been drafted in to keep the power in check, calibrated with the stability control system to ensure better traction on poor surfaces or in bad weather.

The suspension has been worked on, too, with both cars fitted with model-specific variants of the existing front and rear axles. Adaptive dampers are optional, with both the standard and adaptive chassis able to be lowered by 10mm optionally.

Both the Clubman and Countryman JCW feature ALL4 four-wheel drive as standard, as before. Mild styling tweaks include larger air intakes, plus aero-optimised roof spoilers and mirror caps.

The updated JCW Clubman and Countryman will be available to order from July, priced from £34,250 and £35,550 respectively.

always thought 231hp wasnt enough so this is great news very glad to hear it, now they need to bring out a cooper with 300hp and AWD (sorry always say about AWD) but they need something to be a rival to other cars like honda civic and golf R.

Now you're talking! These things are a hoot to drive, even with the more feeble engines. So one with 300bhp must be blast.

Ah yes but that wasn't a BMW.