BACK TO ALL NEWS
Currently reading: Mini Clubman All4 revealed ahead of New York debut
UP NEXT
Hyundai launches new Ioniq sub-brand for electric models

Mini Clubman All4 revealed ahead of New York debut

Mini has revealed its new Clubman All4 five weeks before the model debuts at the New York motor show.

The Clubman All4 is the all-wheel-drive variant of the current Clubman. It uses Mini’s latest driveline to enable both two- and four-wheel-drive as well as torque vectoring.

The use of a hang-on clutch in the system enables the All4 to decouple the rear and operate in front-wheel-drive under normal circumstances, helping to save fuel and reduce torque losses by up to 30%. However, when the system detects slip, it can engage the variable clutch and immediately direct torque rearwards via a two-part prop-shaft. 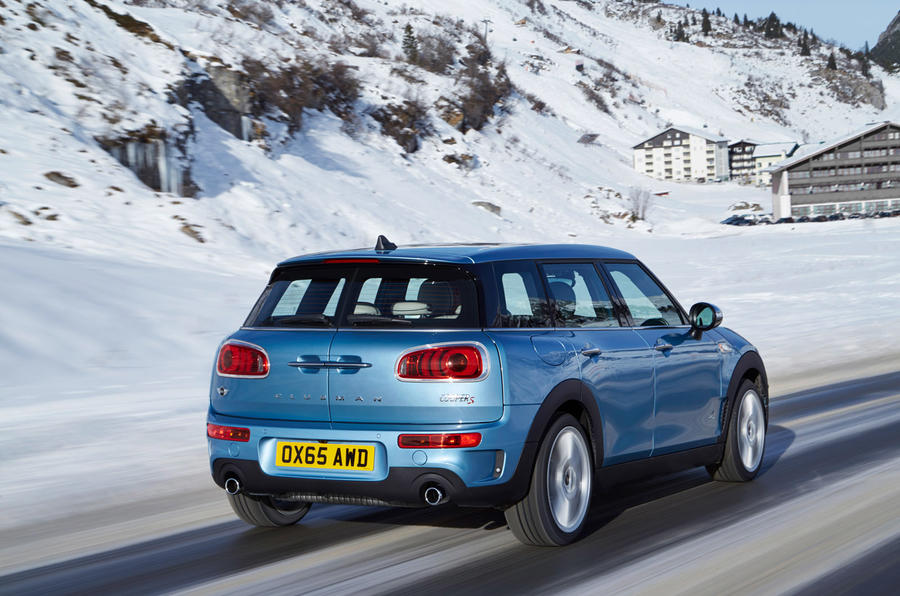 The whole system works with the car’s driving dynamics system, which can independently brake or send torque to each wheel for full torque vectoring. It can improve agility by doing things like braking the car’s inside wheels and sending torque to the outside wheels during hard cornering, helping to tighten the car’s line.

There are also obvious benefits to traction in low-grip scenarios, such as snow and ice.

Just two engines from the Mini line-up are available at launch. The first is the turbocharged 2.0-litre four-cylinder petrol engine from the Cooper S, which produces 189bhp at 5000rpm and 206lb ft of torque at 1250rpm (this grows to 221lb ft during short stints of overboost).

Mated to the standard six-speed manual gearbox, the Cooper S Clubman All4 can sprint from 0-62mph in a claimed 7.0sec, and will keep on accelerating on until 140mph. This is two-tenths quicker and 2mph slower than the two-wheel-drive alternative.

The manual All4 can also manage a claimed 40.9mpg combined, and produces 159g/km of CO2. 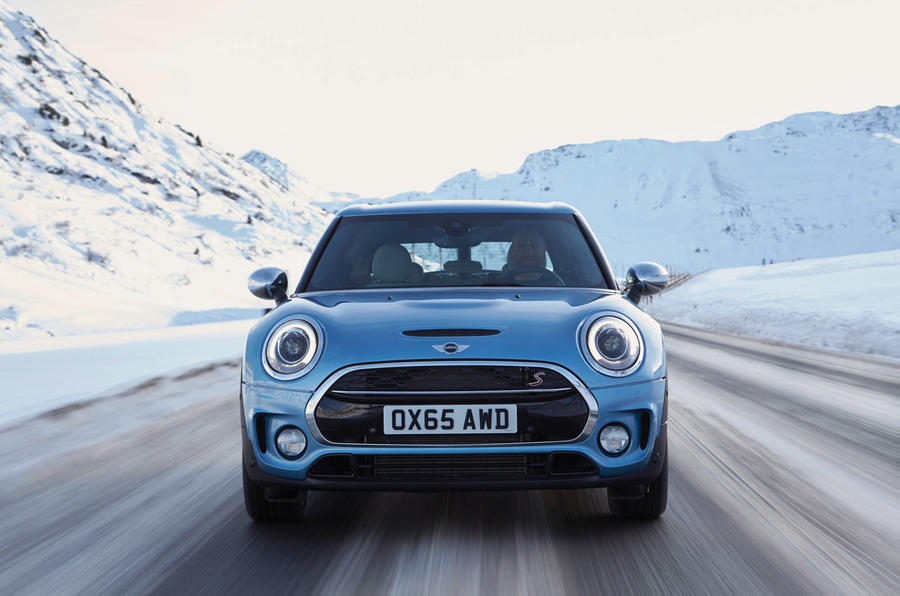 When fitted to the eight-speed automatic gearbox, the Cooper S trims its 0-62mph time to 6.9sec though top speed remains the same. Combined fuel economy grows to 44.8mpg, and CO2 drops to 146g/km.

The diesel, which comes exclusively with the eight-speed automatic, is the more frugal of the two powertrains, offering 58.9mpg combined and producing 126g/km of CO2 on the EU cycle.

Like its two-wheel-drive equivalent, the All4 can be specced with Mini’s optional Dynamic Damper Control suspension. This adjusts damping harshness via the car’s different driving modes, broadening the Clubman’s breadth of ability. 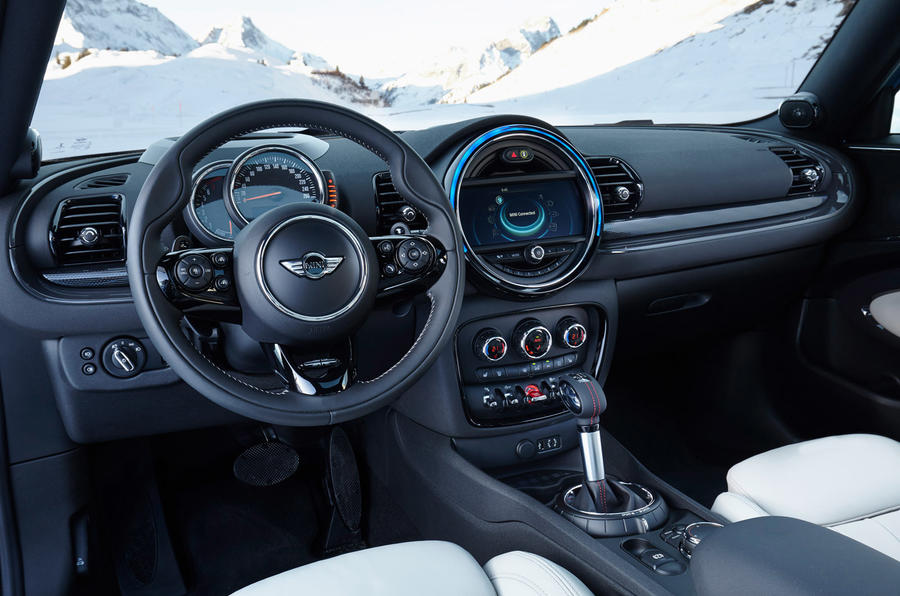 All the regular Clubman’s safety features are also carried over, with six airbags and tyre pressure monitoring part of the standard list. A head-up display and Mini’s Driving Assistant can also be fitted – this program swaps the standard cruise control for an active camera-based system, and adds collision and pedestrian warning with an initial brake function.

The manual Mini Cooper S Clubman All4 enters the market priced from £24,305, with the automatic Cooper S commanding £25,985. The Cooper SD diesel tops the launch line-up with a starting price of £27,410. Production has already started, and the first All4 cars are due in showrooms this April.

Key rivals include the Mercedes A-Class 4Matic and BMW stable mate the 2 Series Active Tourer. In all-wheel-drive guise both of these cars are slightly more expensive than the Mini. They both more closely resemble MPVs too, giving the more fashionable Mini a unique selling point.

This may steal sales for Mini's own Countryman

20 January 2016
I never liked the chunky, almost-cartoonish styling of the Countryman but it offers the practicality of 4-doors and AWD.
This Clubman with the All4 option would definitely be a more attractive option and would sway buyers away from Mini's own Countryman.
The only fault I find is the rather unattractive huge shifter which is way too tall in an otherwise distinctive and stylish Mini interior. It looks like the end of an aluminum walking cane -- not sporty at all.
Knowing Mini and it's plethora of options and accessories, I am hoping there will be a more attractive and sportier looking shifter on their accessories menu.

It's longer and wider than

20 January 2016
It's longer and wider than the existing Countryman as well!