Mercedes-Benz’s EQ electric car family will soon grow once again with the launches of the EQS SUV and EQE SUV, the third and fourth models to be based on the German car maker’s EV-dedicated EVA platform.

Confirmed by Mercedes boss Ola Källenius in 2020, the EQS SUV is expected to cost from around £90,000 in the UK, while the smaller EQE SUV will sit closer to the £75,000 mark when sales begin later this year.

The technically similar EQS SUV and EQE SUV are being developed together in a joint engineering programme that aims to get them launched within six months of each other.

A sixth, the production version of the G-Class-based Vision EQG concept, featuring a unique quad-motor powertrain, is also currently under development ahead of a scheduled launch in 2024.

Eventually, the EQS SUV will provide the basis for a more potent and yet more lavishly appointed Maybach, as previewed by a concept at the 2021 Munich motor show. 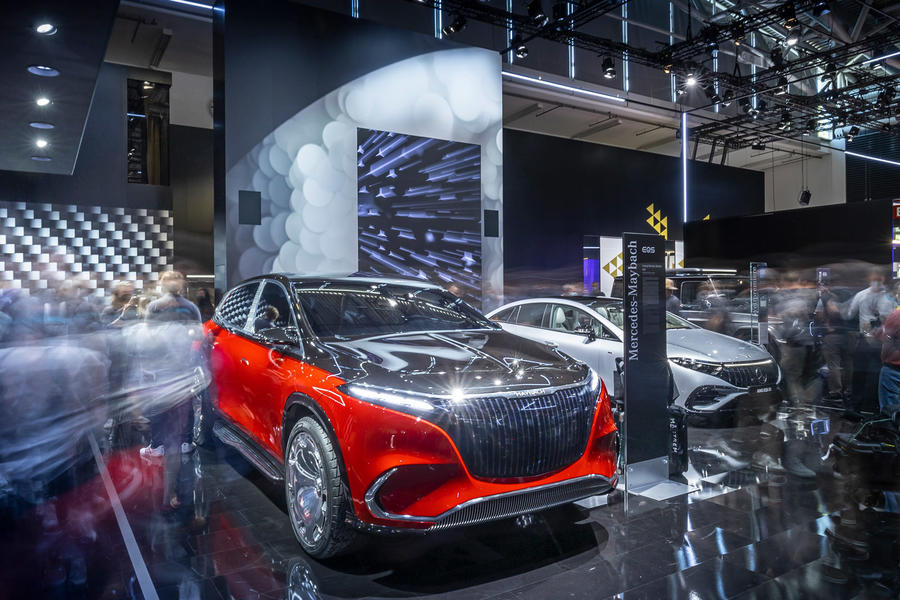 Like their saloon namesakes, the EQS SUV and EQE SUV will be offered in several regular Benz and hot AMG guises.

On current planning, the optionally seven-seat EQS SUV will lead Mercedes’ next wave of EVs to arrive in the UK.

Sources suggest the 5160mm-long flagship will be previewed at the Beijing motor show in April, before the 4850mm-long, five-seat EQE most likely gets an airing at the Guangzhou motor show in November.

Both adopt the smooth-surfaced exterior styling treatment established by their saloon siblings.

Extensive wind-tunnel testing and developments such as mounting the running boards beneath the doors to improve airflow and aerodynamically optimised wheels are claimed to have netted both models a class-leading drag coefficient.

It is with their interiors, though, that the new EVs will impress the most, according to Mercedes insiders.

One senior manager privy to the final design of the EQS SUV told us: “The interior will offer a compelling argument to buy this car. It sets new standards for Mercedes.”

The EQS SUV is set to offer a 108kWh lithium ion battery pack in combination with two motors, together developing up to 516bhp and 630lb ft of torque in the strongest of the planned standard four- wheel-drive models, the EQS 580 SUV 4Matic.

This model will form the basis of Maybach’s first EV, which is set to take the EQS 600 SUV name to reflect its subtle power hike. 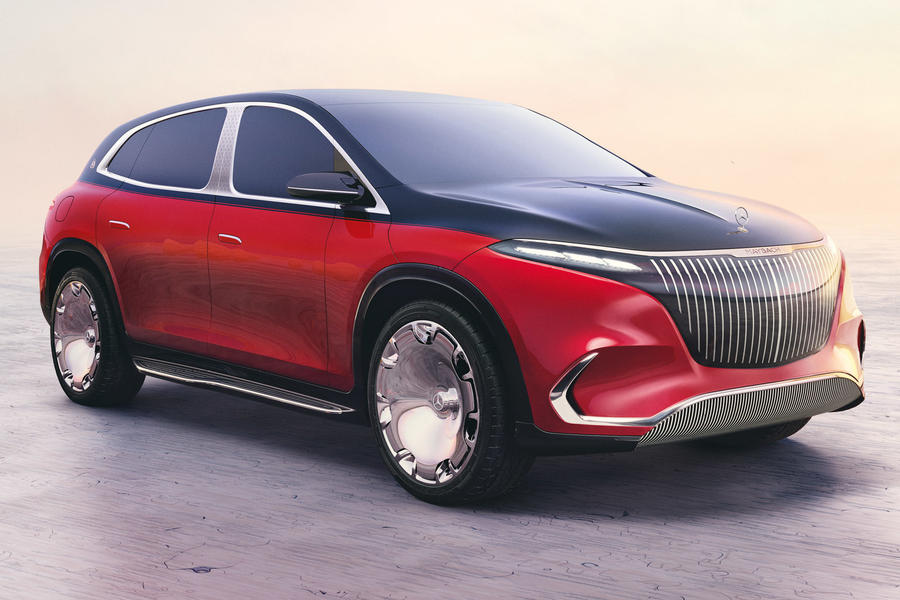 The smaller EQE SUV is set to use a 90.6kWh lithium ion battery pack with the choice of either a rear-wheel-drive single-motor or four-wheel- drive dual-motor layout.

The cheapest version, the EQE 350 SUV, will offer 288bhp and 391lb ft of torque, according to our sources.

Although Mercedes has promised 800V charging compatibility in future EQ models, both the EQS SUV and EQE SUV will have an electrical architecture operating at 400V.

The EQS SUV and EQE SUV are planned to be produced at Mercedes’ US factory in Tuscaloosa, Alabama, which currently builds the similarly positioned but conventionally powered GLE and GLS SUVs.

If the EQE and S SUV stay true to the look and shape of the EQS Maybach SUV, IMHO, they will be starting off much better looking the standard EQS! The AMG and EQE sedans seem to do a nicer job with the new look of the EQ sub brand then the S, to my eye. That being said, Mercedes fooled me once with the differences between original EQS concept and the road going EQS. I will not hold my breath and make the the mistake and true their concept to product reality twice!

Folsom 4 February 2022
I went by my local Mercdes dealer last night and saw an EQS 580 in the flesh and its even worse than I feared - truely hideous and very ungainly next to a E-class or S-class. I hope these new eSUVs look better in production trim.
catnip 4 February 2022

"....developments such as mounting the running boards beneath the doors to improve airflow.."

I much preferred it when they mounted the running boards above the doors.