BACK TO ALL NEWS
Currently reading: Mercedes-AMG to launch Porsche 718 Cayman rival
UP NEXT
Hidden gems: A peak behind the scenes at Beaulieu

Mercedes-Benz’s AMG performance car division is preparing to take aim at the Porsche 718 Cayman and a raft of other enthusiasts’ favourites with its own uniquely engineered sports car.

The new AMG model has been presented to Mercedes-Benz’s board of management as an indirect successor to the slow-selling SLC, with a possible mid-rear engine layout and styling to provide it with clear links to the upcoming 1000bhp-plus Mercedes-AMG Project One hypercar.

The new 718 Cayman rival is currently at a conceptual stage and has been conceived to sit below the existing three-year-old GT in the AMG line-up at a price comparable with that of its highly regarded Porsche rival.

In pictures: the best of Mercedes-AMG

The new AMG two-seater is planned to support two bodystyles: a fixed-roof coupé that would go up against the £51,853 718 Cayman and an open-top roadster to compete with the £53,714 718 Boxster.

Although it is still early days, the new car is being proposed for sale with the choice of two standard power outputs. These are expected to be similar to those of the upcoming A35 and second-generation A45 hot hatches, with more powerful track-focused-engine variants likely to round off the line-up over a seven-year model cycle.

If it receives the go-ahead, the new sports car will be the fifth dedicated AMG model, following on from the SLS, GT, GT 4-Door Coupé (below) and yet to be officially named Project One. 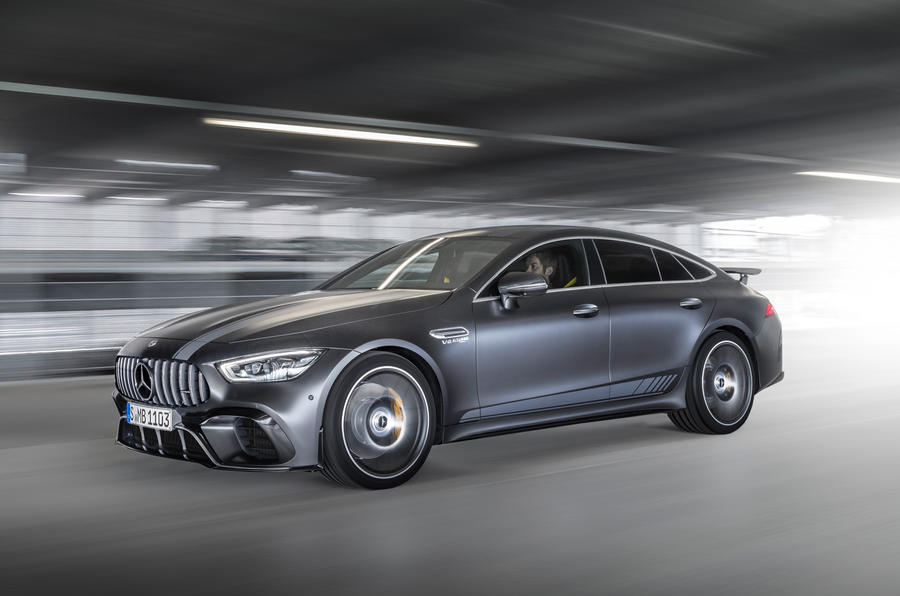 A new sports car was first hinted at by AMG chairman Tobias Moers in an interview with Autocar earlier this year. It is said to be favoured over a dedicated AMG SUV because of its potential to build on the firm’s motorsport heritage, which extends back to 1967, and the formative days of the company that came under the controlling interest of Mercedes-Benz in 1999.

A senior Mercedes-Benz manager, when asked about AMG’s proposed plans, said: “A lot of thought has gone into how Mercedes-AMG can better leverage its success in motorsport, particularly Formula 1 and endurance racing. One idea is a sports car that is relatively attainable financially and ideally suited to track day running. But it is just an idea and not a committed project right now.”

Potential sales volume is set to be an important consideration in the impending decision by Mercedes-Benz board members whether to place the newly proposed sports car into production. However, much of the momentum behind the push for this new model is said to come from the growing interest in GT4 racing and the potential beneficial effect for the rest of the AMG line-up in terms of image through motorsport heritage.

Opinion: It’s all to play for, AMG

“It’s a rapidly growing business segment and it is high exposure for the brand,” Autocar’s source said. “From a marketing perspective, it makes great sense, but you also need to ensure that it is financially viable in sufficient volumes and at a price to make it attractive to car buyers on a global basis. It would be additional business for AMG, not targeted at existing customers but new ones.”

A cloak of secrecy shrouds the proposed engineering of the new model, but one suggestion put to Autocar is that the Cayman rival could share certain elements with the upcoming eighth-generation SL, which is being engineered by AMG and is said to share key parts of its design with the GT. This means it would have a front-mid-mounted engine (with the unit positioned behind the front axle but ahead of the cabin), and rear-wheel drive. However, even though Mercedes-AMG has a long history of front-mid-engined performance models, insiders aren’t ruling out a mid-rear- engined layout for the new car.

Autocar’s source said: “Project One (below) represents the start of a new era for Mercedes-AMG, not only in terms of the electrified driveline but also the placement of it behind the cabin. Just how it will affect future models remains to be seen. However, a mid-rear layout is no longer taboo.”

Project One likely to be built in Britain 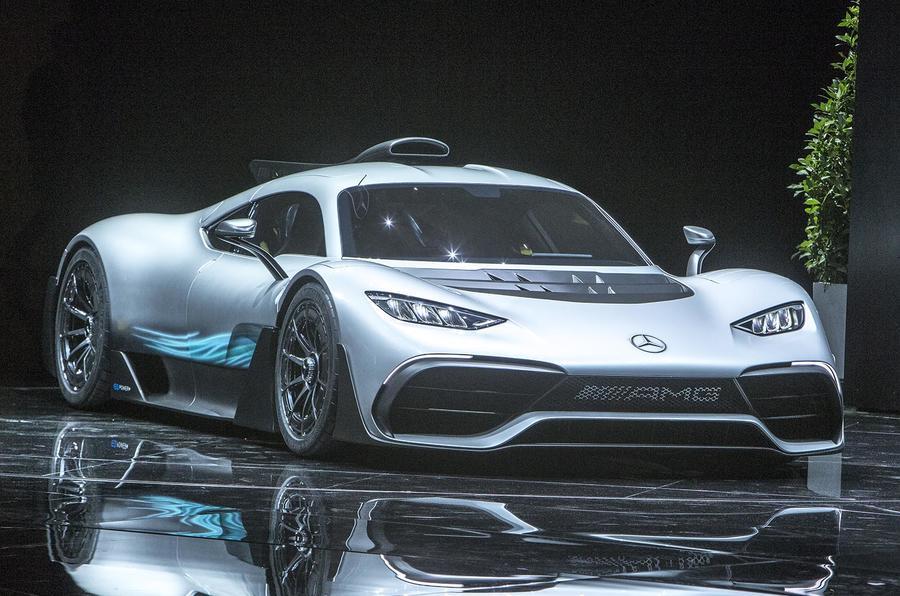 Although a mid-rear-engine model would arguably provide a more suitable basis for a race car than a front-mid- engined model, it would also mean the added expense and complication of engineering a dedicated platform for the car. However, this could be offset against projected sales for the new sports car, which would be expected to top those of the more expensive GT.

Porsche says it sold nearly 25,000 examples of the 718 Boxster and 718 Cayman last year. Mercedes has not quoted 2017 sales figures for the SLC, although German dealers suggest that deliveries have all but dried up and that a decision has already been made not to replace today’s seven-year-old R172 model.

Although it is not yet signed off for production, word is that Mercedes-Benz’s management board is considering plans that would enable the new AMG sports car to share selected components with the latest generation of Mercedes-Benz compact models, including the recently introduced fourth- generation A-Class.

Among the engines AMG is said to be looking at for its new model is the updated turbocharged 2.0-litre four- cylinder petrol motor.

Set to power upcoming A35 and A45 models, it would provide the AMG sports car with up to 400bhp, together with the potential for electric boosting through a belt-driven hybrid function.

By comparison, today’s 718 Cayman is sold with a base turbo 2.0-litre flat four developing 300bhp and a turbo 2.5-litre flat four with 350bhp in standard guise and 365bhp in the existing top-of- the-line Cayman GTS.

Finally,if the first photograph is correct MB have realised that the GT series is to me a design faux pas.Long snout,big behind will not from a visual poit of view compete with the 911.but the first photo of this article is spot on.If you lined up the two cars I would opt for the new shape every time.

If it is just going to have a

If it is just going to have a turbo 4, it is already a turd.

If it is just going to have a turbo 4, it is already a turd.

Mercedes and Porsche used to

Mercedes and Porsche used to appeal to different customers - Porsche for sportiness and Mercedes comfort oriented.

Now customers are told, by motoring journalists, to prioritise driving dynamics above everything else. So Mercedes has no choice but to make a Cayman/Boxster rival.

For all the superficial diversity of choice, we are left with an increasingly narrow set of objectives - handling, power, acceleration, Nurburgring lap time ...

Mercedes and Porsche used to appeal to different customers - Porsche for sportiness and Mercedes comfort oriented.

Now customers are told, by motoring journalists, to prioritise driving dynamics above everything else. So Mercedes has no choice but to make a Cayman/Boxster rival.

For all the superficial diversity of choice, we are left with an increasingly narrow set of objectives - handling, power, acceleration, Nurburgring lap time ...

But I would say that it is grip not handling that is mistakenly lauded.  And that is the disasterous influence of ring obsession.

Cars like the Integrale, original MX5 and 205 GTi would have been nowhere under the current joyless measures.

A disgraceful amount of the blame for the worship of these false gods sits with the motoring press.

It is dangerously easier to quote numbers than write words.