The car, which the Geely-owned marque has named The Next Day, is the brand’s first model to feature a low-slung grand tourer bodystyle.

Lynk&Co has stepped away from the more conservative styling of its current models with modern features including twin scissor doors, a new front grille design and a dynamic rear spoiler. A light bar is positioned at the rear.

Lynk&Co has highlighted the importance of technology in The Next Day concept. The model has digital sensors and lidar for various autonomous driving functions, while the interior features a 3D holographic head-up display.

A large infotainment screen is positioned across the dashboard, and can revert back into the dashboard when using autonomous driving functions. 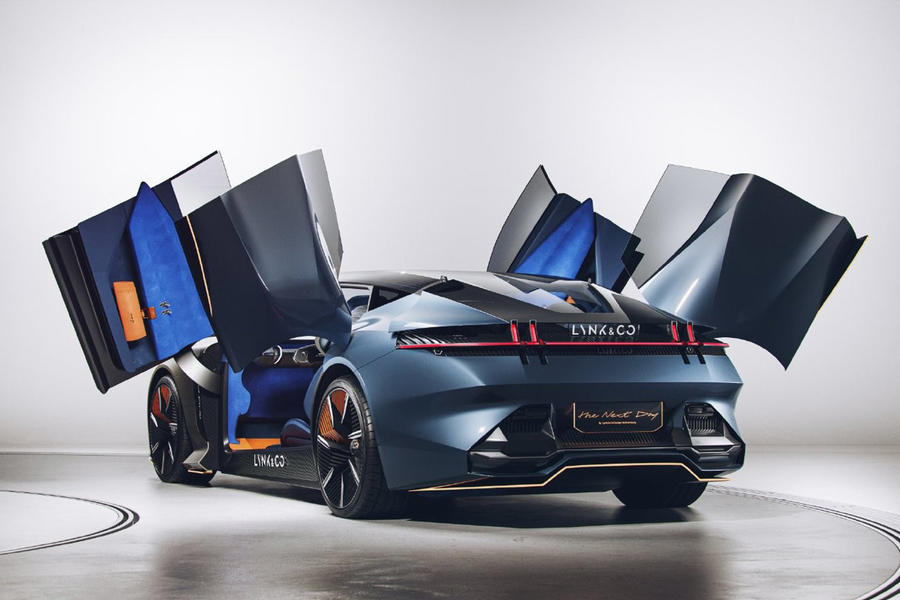 Both the standard hybrid and plug-in models are equipped with a three-speed dedicated hybrid transmission (DCT), with a launch mode that boosts acceleration from standstill.

Lynk&Co claims The Next Day can complete 0-62mph in less than 5.0sec, but the firm has not yet revealed other in-depth performance figures.

The concept represents the first time Lynk&Co, which was founded in 2016, has indicated a move away from its initial design language.

The design language shift is said to focus on the four characteristics of 'Dare to be Different', 'Next Premium', 'Proud Tech' and 'Rich Experience'.

Lynk&Co has not revealed when the car will go into full production.