Land Rover isn't resting on its laurels following the new Defender’s unveiling, with the three-door 90 and five-door 110 models set to be joined by a larger, eight-seat 130 variant in the coming years.

First reported by Autocar earlier this year after a brand presentation was leaked, the 130 is destined to be revealed in the second half of next year before its launch in 2021.

Despite the model’s badge, it will share its wheelbase length of just over three metres with the 110, meaning no costly platform extension is required. Instead, Land Rover is set to boost the car’s rear overhang to allow it to offer up to eight seats. It will be around 5.1 metres in length, making it 342mm longer than the 110 version and around 50mm shorter than the BMW X7.

Land Rover has still to officially confirm the 130’s existence, but it is described internally as the ‘premium explorer’ of the range and is aimed at large, active families who like to travel.

The 130 will increase the upper Defender’s price point, fitting in with Land Rover’s desire to establish the 4x4 in the high-end, high-margin off-roader segment alongside models such as the Mercedes-Benz G-Class. It could also help the car’s popularity in China and the US, where large SUVs are far more popular than in Europe. 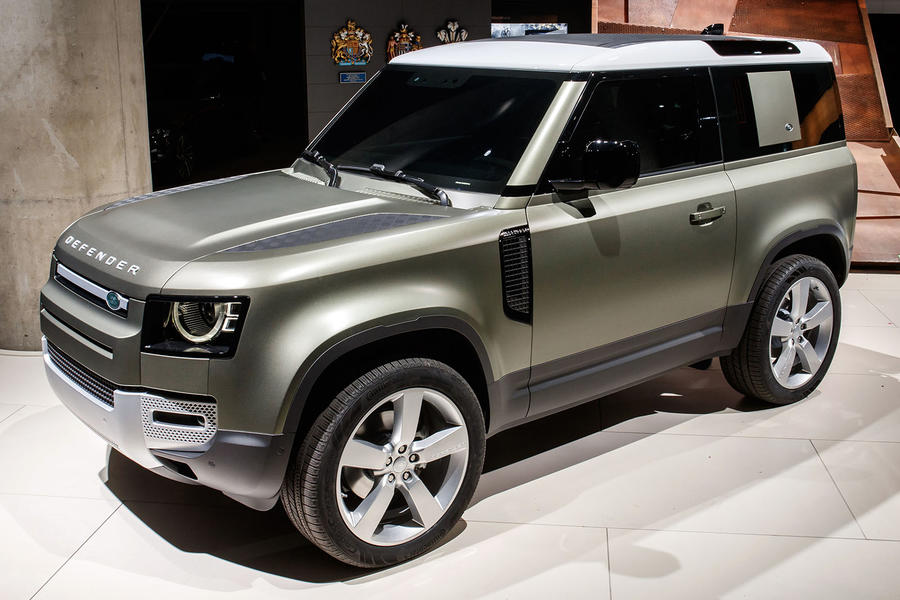 Ultra-high-spec models are being worked on by Land Rover’s Special Vehicle Operations department, likely with inspiration from the division’s various high-end Range Rover spin-offs. This would allow Land Rover to capitalise on the global popularity of high-power, high-price 4x4s, bolstered by the latest Mercedes-AMG G63.

While other Defender variants will appear, it is now understood that the rumoured pick-up model has been axed from the product plan.

It is thought that company bosses have been unable to make the development costs of the pick-up viable, and they consider that the standard 110 and upcoming 130 offer enough loadspace versatility with no need to remove the roof and expose the bay to the elements.

Land Rover produced a pick-up model throughout the old Defender’s life, all the way back to the original Series 1.

I have no real objection to

I have no real objection to the 130, it would seem to make sound commercial sense. But Land Rover clearly need a bit of a rethink around the wider range.

To start with a pickup should be a priority it will sell well in the  US and open new markets for them. Secondly the large Disco should go with a seven seat Range Rover replacing it in the line up.

The Discovery Range should then consist of the Sport and a smaller model to replace the Freelander. An electric Matra Rancha crossover styled vehicle should then also be added to the Line up with a focus sized crossover sitting beneat that.

The idea would be to make the Discovery range the entry point to Land Rovers wider product line up which renders the big Disco unnecessary. Discos should be Tonka Toy tough rally cars (from a styling perspective) but would be the least capable 4x4s with the exception of the Sport and the Freelander replacement.

Lastly Land Rove repulsed make a Defender 70. That should be a stripped back raw 4x4 to take the fight to the Jeep Wrangler.

I cant see any mention of JLR being afraid of the G-Wagen, I can see that perhaps they have now realised there are plenty of mugs who will pay top dollar for 4x4s with more ability than their owners will ever use or need, but are compromised on road because of it and want a piece of the action.

People dont buy G-Wagens because they want to climb every mountain, they buy them to pose in.

Looks like the old Skoda Yeti to me from it's side profile. Only thing is the Yeti would be reliable!