BACK TO ALL NEWS
Currently reading: Lotus reveals lightweight platform for Elise and Evora successors
UP NEXT
UK EV charging network to improve after "horrible" summer

Lotus has detailed the lightweight E-Sports platform that will underpin its all-electric replacements for the Elise, Exige and Evora, due from 2026.

The new architecture is claimed to be 37% lighter than the structure used by the new petrol-powered Emira and is described as the blueprint for Lotus's performance EVs.

Lotus will continue to build sports cars at its Hethel, Norfolk headquarters while more "lifestyle"-oriented models – including the Type 132 SUV and Type 133 four-door coupé – will be produced at a new facility in Wuhan, China.

The E-Sports platform has been developed by the dedicated Project LEVA (Lightweight Electric Vehicle Architecture) programme that was launched last October, partly financed by the government-backed Advanced Route to Market Demonstrator (ARMD) fund.

As well as forming the basis for a new Lotus two-seater, codenamed the Type 135 and scheduled for a launch in 2026, it will be offered to third-party clients through the Lotus Engineering consultancy division – likely including Alpine, which is sharing development of the Type 135 and developing its own all-electric successor to the A110.

The batteries, ranging from 66.4kWh to 99.6kWh in capacity, can be either stacked in a 'chest' arrangement in the middle of the chassis (as in the Evija hypercar) or arranged more conventionally under the floor to accommodate both two- and four-seaters with wheelbases ranging from 2470mm to more than 2650mm. 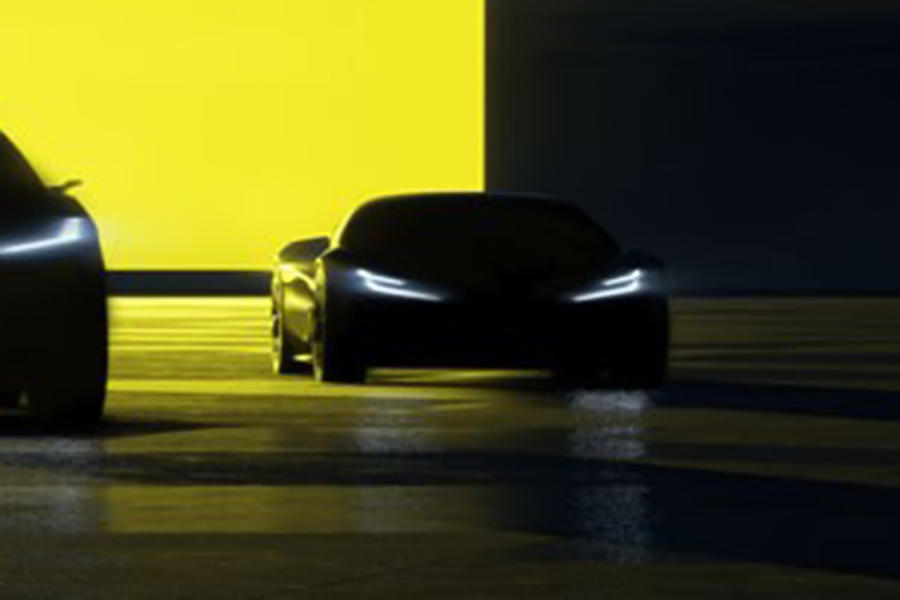 Given Lotus's upcoming four-seat coupé will be built in China and use a separate architecture supplied by parent company Geely, the four-seat sports car is highly likely to be an electric successor to the Evora 2+2, which recently bowed out to make way for the Emira.

Both single- and dual-motor powertrains will be available, too, offering maximum outputs of 469bhp and 872bhp respectively, suggesting that Lotus' electric sports cars will far outpace even its most potent ICE offerings.

Richard Moore, Lotus's executive director of Engineering, said: “Project LEVA and the E-Sports architecture are perfect illustrations of the innovation which continues to be at the heart of everything Lotus does.

"Today’s EVs are heavy in comparison to their ICE equivalents, so the ARMD funding has helped Lotus to innovate earlier in the product cycle and develop a new vehicle architecture that targets lightweight and performance density from conception.

"Rather than developing a single vehicle, Lotus now has the blueprint for the next generation of EVs, both from Lotus and for Lotus Engineering to commercialise.”

It's pretty clear that Lotus, as a brand, is moving away British everyman version of Porsche. As they make the transition to BEV, it seems that inherit weight of the battery pack, is requiring an dramatic increase in power out put to off set. This is pushing for power out puts that is much higher then their base models characteristically have and, on paper at least, are much closer to the German Sport Car rival! It almost seems certain that This will move the entry price point North of what customers have become accustomed to! This may not be a bad move for the brand, but for the everyman not so much!

jameshobiecat 21 September 2021
As scrap says, a 66kw battery and 470bhp mean this platform isn't going to spawn anything like the Elise we know. Evora size seems to be the minimum viable.
scrap 21 September 2021

Whoah. 470 bhp? That's a long, long way from an Elise... or Alpine, who are co-developing the successor to the A110 with Lotus aren't they? Will there be a smaller and lighter version of this platform? Bigger battery = more weight. I hope they can deliver something super lightweight and slippery that can use a smaller battery pack and keep that feeling of almost floating over the road.