BACK TO ALL NEWS
Currently reading: Lotus Evija: electric hypercar to be revealed later today
UP NEXT
Hope for Bloodhound LSR project as sponsor talks start again

It will be shown at an exclusive event in Central London this evening, barely a few months after Autocar first revealed the project.

Pronounced "eh-vi-ya", meaning 'the living one', or 'first in existence', the Evija is shaping up to be the most ambitious car in the firm's history.

UPDATE: The Lotus Evija has been officially revealed - read the full story here

Lotus recently confirmed for the first time exactly how many examples will be produced. 130 are planned to be made available to own, up from previous estimates after "several hundred potential owners came forward to express their interest in the new car". It will be built in Norfolk alongside the rest of the maker's range.

The Evija will be Lotus’s first all-new production car since 2008. Lotus also claims it will be the first fully electric hypercar built and to go on sale from a British manufacturer. A preview image has been released showing a side profile of the new car, and Autocar was recently given an exclusive walk-around of a full-size clay model at the firm's Hethel base.

The model's previous Type 130 moniker was a reference to a number of innovative models that have appeared throughout the Norfolk brand’s 71-year history, beginning with the Type 14 Elite in 1957 – claimed to be the world’s first composite monocoque production car. The most recent, the Type 111 (the world’s first aluminium and bonded extrusion construction road car) became the Elise. 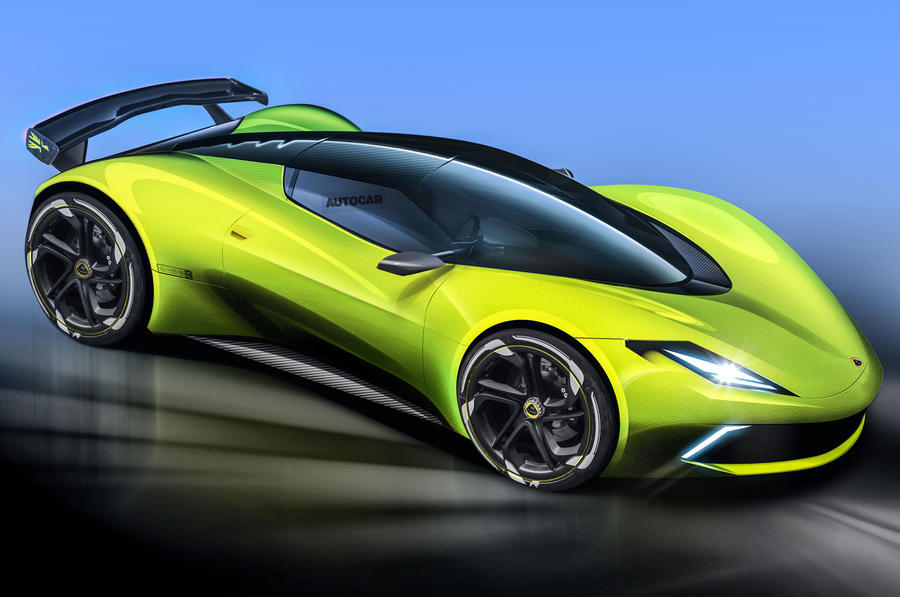 As the official picture suggests, the Evija is low and wide. Lotus design director Russell Carr, who showed the model to Autocar, says it is a similar length to the existing Evora - which is 4.4 metres long - but will sit closer to the ground and be nearly two metres wide.

It uses a carbonfibre structure and will be built in Hethel away from the company's main production line. The cabin is tightly proportioned and adopts the teardrop form familiar from hypercars like the Ford GT40, to better allow airflow to pass around it.

The most impressive feature is one that isn't hinted at by the official rendering - two substantial air tunnels in the rear bodywork which have the tail light elements integrated around their exists. It's a detail that Carr says has been inspired by the venturi tunnels of LMP sports prototype racing cars.

The battery pack will be positioned entirely behind the passenger compartment, with drive sent to all four wheels. No other details are forthcoming at the moment, beyond the fact - as previously reported - that the powertrain is being developed by Williams Advanced Engineering, making this a collaboration between two of the most famous names in Formula 1 history.

Lotus boss Phil Popham promises an "entirely appropriate" level of performance for the Evija’s target market and what will be a seven figure pricetag. The total system output is tipped to exceed 1000bhp. It is also set to offer a range of more than 250 miles. 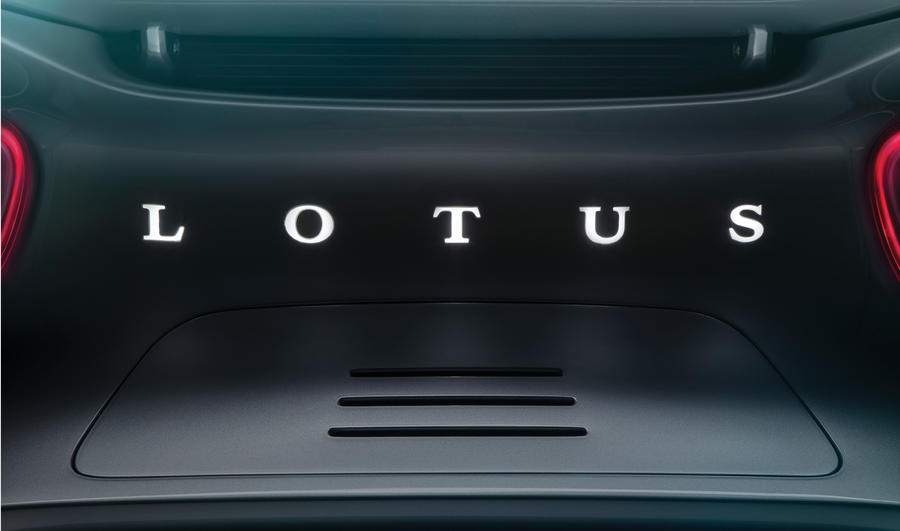 Both the battery pack and the pushrod-operated rear suspension will be visible beneath a transparent cover, with Carr saying the plan is for the huge aero tunnels to also incorporate lighting elements. The rear licence plate surround will be removable to help improve performance when the car is used on track. Downforce will be generated from a substantial underbody diffuser and there will also be moveable wing elements and a drag-reducing DRS system.

Inside the cabin will feature plenty of carbonfibre and a digital instrument pack, but will also have conventional switchgear rather than a touchscreen interface. "You want to be able to find things without taking your eyes off the road in a car like this," Carr said.

Carr also claimed there will be more room and shoulder space than in a Ford GT or Aston Martin Valkyrie, with moveable seats rather than moveable pedals.

"We're trying to get the balance between prestige and luxury right," Carr said, "but also to make clear that it's a very high performance car. We don't want people to think it's a stripped-out track day monster, it will be much more practical than that. But equally we don't want to make a Bugatti either, it has to be a Lotus."

Other neat details include a camera rear view system which will use deployable pods that motor out of the scissor-opening doors, and which relay images onto display screens. It's a very similar system to the one the forthcoming McLaren Speedtail will have. "We were frustrated when we saw those," Carr admits, "we'd been working on them for some time."

Lotus' £2m electric hypercar: all the details so far

All-new Lotus model due next year​

Lotus SUV to use Volvo underpinnings and have class-leading handling​

How quickly will this be

Lotus are owned by Geely who also own Polestar and Lynk & Co who happened to be in the process of banging EVs very soon.

It's not the design it's the artists guesswork. Best wait till the unveiling may or may not be the best car you've ever seen!