BACK TO ALL NEWS
Currently reading: Legendary Jaguar XJ13 reborn as Ecurie Ecosse LM69
UP NEXT
BMW M3 and M4 get radical new look, more power and 4WD

The company said the new model has been built as if revered British racing team Ecurie Ecosse had recovered the abandoned XJ13 prototype from storage and prepared it to race at Le Mans in 1969.

In reality, changes to homologation rules meant the original never competed, and it was only following a heavy crash in 1971 with engineer Norman Dewis at the wheel, that the model was salvaged and restored to its former glory. 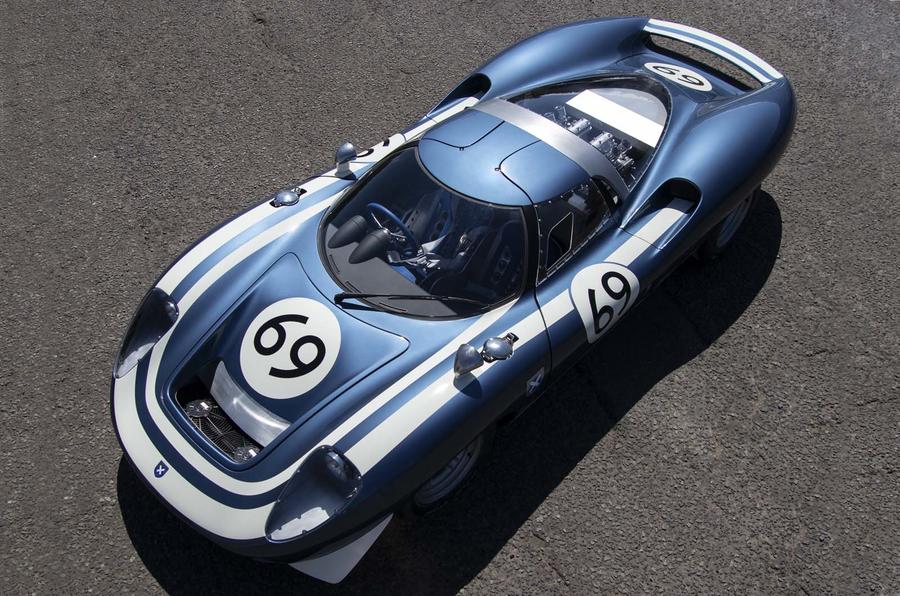 Unlike the original, of which only one was ever made, 25 examples of the LM69 will be hand-built at Ecurie’s Redditch facility, with an emphasis on sourcing parts and labour locally. The model is available to order now, at an estimated price of £750,000.

As with the XJ13, the LM69 is powered by a mid-mounted quad-cam V12 engine, which sits beneath a 1960s-style transparent curved decklid. Performance details for the 5.3-litre unit are unconfirmed, but the XJ13’s 5.0-litre unit produced 502bhp and was good for a 161mph top speed. The LM69 can be specced with an upgraded variant of the same engine, with capacity increased to 7.3 litres. 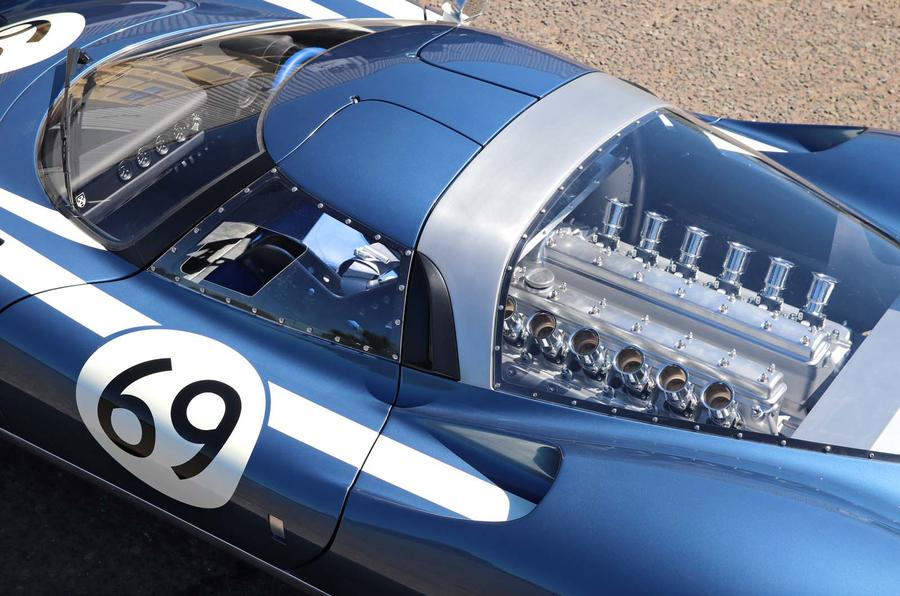 Performance enhancements over the original model have been achieved with the use of wider wheels and tyres, engine modifications and composite body materials.

The car will make its public debut at London’s International Concours of Elegance in September.

The LM69 is the closest collectors can come to owning an XJ13, as the restored original is on permanent display at the British Motor Museum. It has never officially been valued, but a rejected £7 million bid in 1996 made it three times the value of a contemporary Ferrari 250 GTO, which has since become the world’s most expensive car.

Limited-run recreations are among the most exclusive new cars available. David Brown’s Mini Remastered costs up to £130,000, while Aston Martin’s DB4 GT Zagato continuation can be bought, exclusively with the DBS GT Zagato, for £6 million.

Is it worth it? To a broke Aussie bogan like me? Probably not. But I can see far more expense in this limited run car hand made by master craftsmen than the majority of expensive cars out there, which are stamped out en masse by machines in a factory.

Is it just me or does this

Is it just me or does this look almost nothing like the original XJR-13? To be honest I think it has a hint of the kit car about it which is hugely disappointing.

The original is such an utterly stunning thing and this isn't...

I think there was a company making a toolroom copy ....dont know what has happened to that.

This has more than a hint of the Lola T70 about it (particularly from the front). Pretty much only the engine cover looks like the XJ13, but for all that, I like the look of it.

As someone who's never seen the XJR-13 before I googled it today, I thought this looked pretty nice.

Then I saw the XJR-13 and this just doesn't cut the mustard anymore. All these wings and canards to give downforce just make it pale in comparison to the much more beautiful original which looks much sleeker and better.

I can't imagine this will be cheap, and for that price I'd want a more faithful recreation.

They've taken a really beautiful car and over-egged it. I'm not convinced you need huge 69 decals either :-)

The choice of 69 decals is so that the number still looks the same if it is on its roof!

All the Beauty and curves of a 60’s racer, but, with 21st Century mechanicals, I guess the decals will be optional,but, I always wonder, how do they drive?, are there seven figure cost justified?, because, for that money I’d be wanting nothing more than the best, a car like this and others are rarely road tested so we never know if they’re good or not or indeed reliable.........