BACK TO ALL NEWS
Currently reading: Land Rover Defender V8 driven
UP NEXT
MST Mk1: Is this the ultimate rally recreation?

It’s been a long time coming, and it’s very expensive, but Land Rover has now produced a version of the traditional Land Rover that has been around since 1948 with proper performance and truly long legs.

Jaguar Land Rover Classic is obtaining about 150 recent Defenders, in both short and long-wheelbase forms, and equipping them with a 399bhp, normally aspirated 5.0 V8 so that they can accelerate from 0-60mph in 5.6sec and hit 106mph flat out.

I had a brief drive in one of these just before the Geneva motor show. A Defender will always be a Defender - what with the cramped driving position and flappy doors - but with Recaro seats, an eight-speed ZF auto 'box and lots of smooth power, it felt transformed. 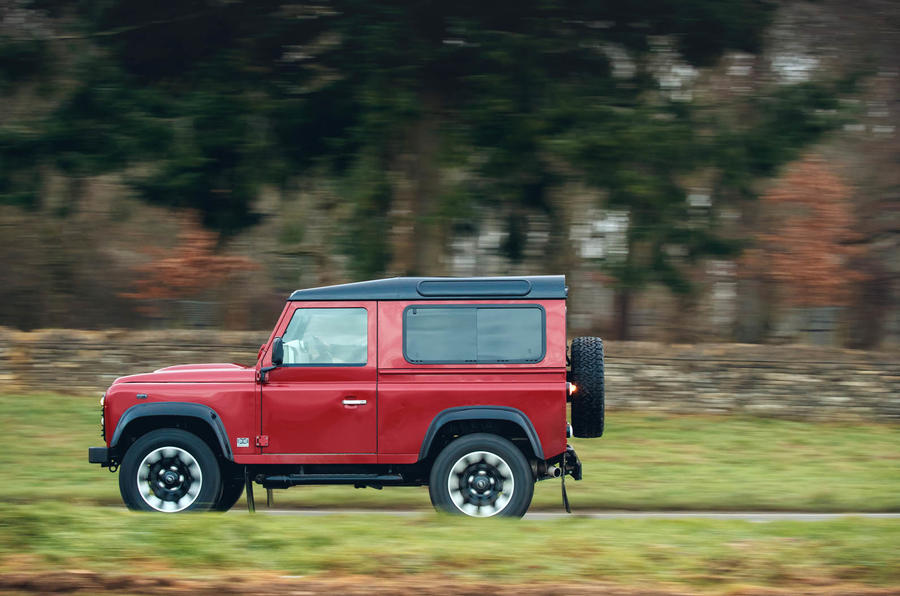 Even more impressive are the re-engineered springs, dampers and anti-roll bars, the mighty new brakes and an eye-grabbing set of 18in saw-tooth alloys running aggressive-looking 265/65 tyres. Suddenly, the Landie swallows bumps rather than amplifying them.

You can have a proper conversation as you drive along a rutted street, instead of concentrating on driving around craters. This Defender’s never going to be a luxury saloon, but its comfort is now pretty good. Better still, the steering is re-engineered with zero slop at the straight ahead (usually a Defender given) and no drive-line backlash. 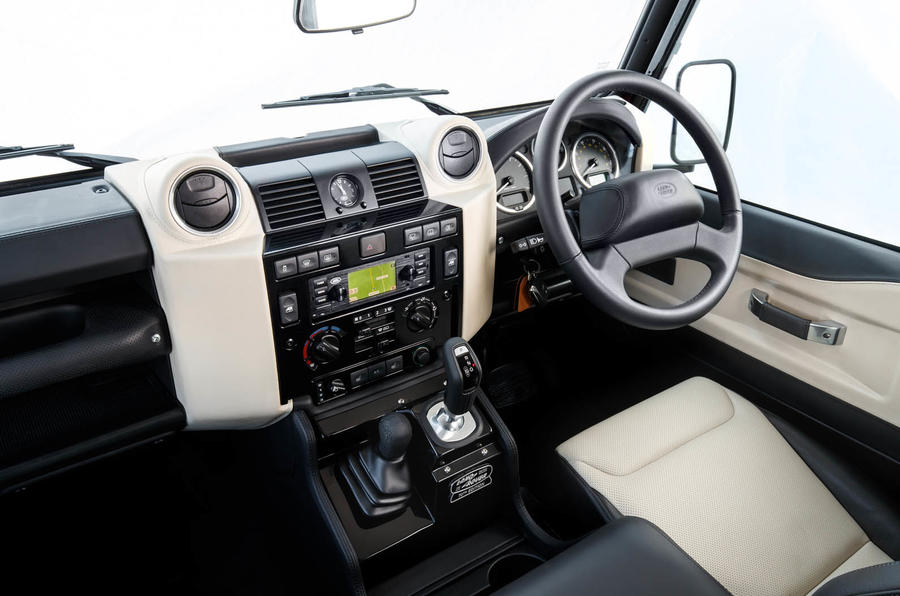 Of course, it’s very expensive. I get the feeling that the majority of what JLR Classic touches is expensive, mostly because it’s all done by hand – and to a very high standard. No production lines here and they’re not into cutting corners. But you can do lots of exciting things if you have £150k to spend.

Still, there’s no doubt JLR Classic’s engineers have identified the weakest spots of the Defender, dynamically speaking, and found robust fixes for them all. The only matter of regret is that it took 70 years…

All of you "men" what sit at home crying about emissions and safety on your cars, how do your wives sleep with you at night?  I could not imagine waking up in the morning and being that pathetic.

ROPS & rollcages - possibly centre of gravity, wind noise and pedestrian impact reasons. Fair point though but I doubt that many of these will go seriously offroad.

Galvanised chassis - there are better anticorrosion techniques nowadays, eg see the comments on the Marsland website. It can also cause distortion and there is the extra cost of having to redrill many holes.