BACK TO ALL NEWS
Currently reading: Lamborghini plots all-electric four-door GT for 2025
UP NEXT
Hidden gems: A peak behind the scenes at Beaulieu

Lamborghini’s fourth model line, a 2+2 grand tourer inspired by the 2008 Estoque concept, is due to be given the green light to arrive by 2025 – and, in a shock development, could become the brand’s first fully electric car.

The four-seater, which has been chosen after being evaluated against a possible third mid-engined supercar, will sit alongside the entry-level Huracán supercar, the Lamborghini range-topping Aventador and the Lamborghini Urus SUV.

Early debates questioned whether the 2+2 would be front or mid-engined, but a far more radical approach is now under serious consideration, according to Lamborghini R&D boss Maurizio Reggiani. 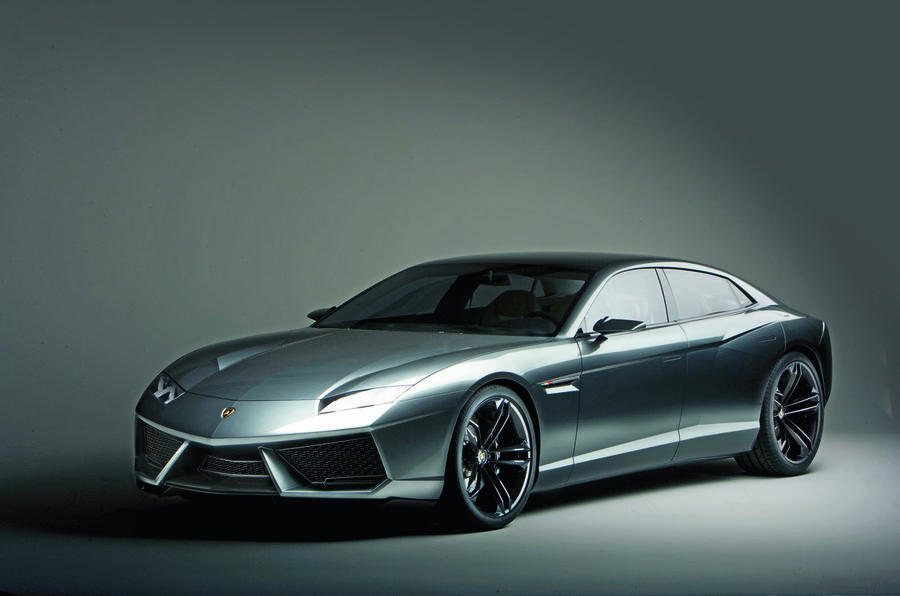 “If you look at the timing for a fourth model line, there is the potential that this will be the right time for a full-electric vehicle,” he said. Reggiani added that such a car could use a platform from the broader Volkswagen Group, of which Lamborghini is a member. The most likely candidate would be a development of the current PPE architecture, the high-end electric platform used by the new Porsche Taycan and upcoming Audi E-tron GT.

Such a move would help Lamborghini achieve the necessary economies of scale to reduce the significant cost of developing a pure-electric model with the capabilities expected of a Lamborghini.

Reggiani touched on the perennial issue of how to combine performance and range but said: “Performance will be important [in a 2+2]. We must be fast but not quite in the same way as we need to be in our super-sports cars. A fourth model line will be something a little bit different.”

A range of at least 350 miles would be expected of a grand tourer, and possibly much more given the maturity of the EV market by 2025. It’s also hard to imagine Lamborghini buyers accepting 0-62mph acceleration beyond 3.0sec.

Previously, Lamborghini had eschewed anything but its naturally aspirated V10 and V12 powertrains, but given the demands of legislation, it recently unveiled the limited-production Sián – its most powerful and fastest-accelerating car yet and also its first hybrid. 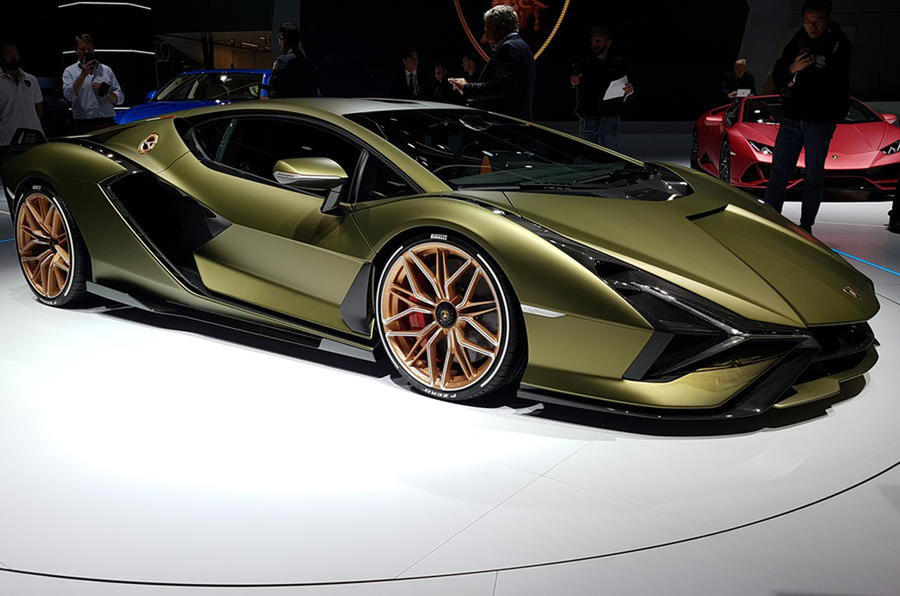 Power is not stored in a conventional lithium ion battery but rather generated by a supercapacitor unit three times as powerful as a cell of the same weight and three times lighter than a battery with the same output.

A regenerative braking system sends power to the supercapacitor unit under deceleration and acts as a power boost.

Although the Sián is a hybrid, many elements of this system – not least the innovative supercapacitor technology and regenerative braking – could be carried over to an electric car.

Talking about the introduction of a fourth model line, Reggiani said: “We first need to establish and consolidate the Urus line. It took 10 years to establish our V10 model, from when the Gallardo launched in 2003 through to the Huracán, so we need to make sure we do the same with the Urus.”

He added: “There’s a minimum of four years in advance of launching a model to develop it.” That means such a car must start progressing from 2021 at the latest to be ready for 2025.

The styling of the grand tourer will reflect the aggressive lines common among Lamborghini’s lineup. But given its cruising credentials, it’s set to have a more mature design, more closely aligned to the Urus than the Aventador and Huracán and with strong influence from the Estoque, despite that concept now being 11 years old.

The SUV formula has already had a dramatic impact. In the first six months of 2019, Lamborghini sold 4554 cars, a 96% rise on the same period last year. The Urus accounted for almost 60% of its sales.

The 2+2 is most likely to be built, like the Urus, at the Sant’Agata Bolognese plant. 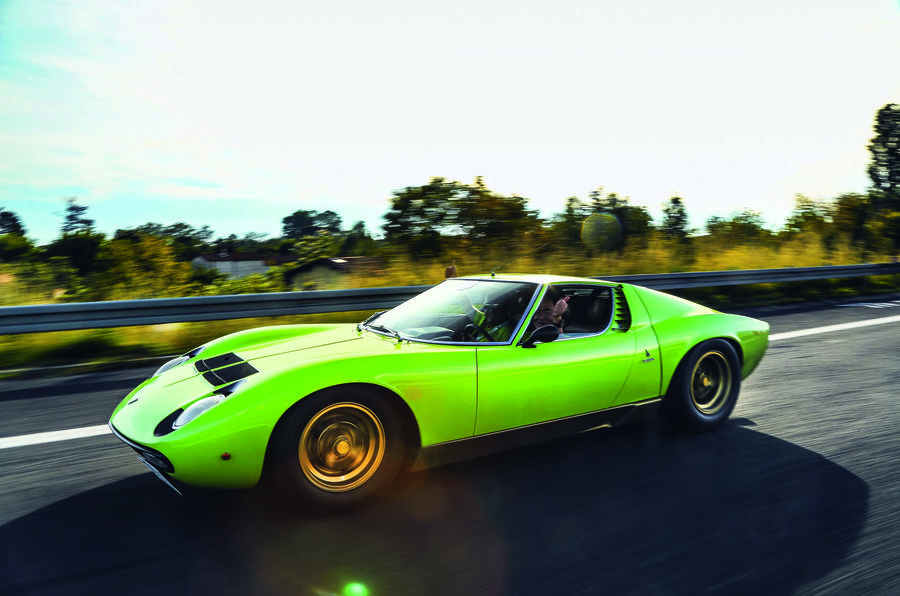 Miura: The first two-seat supercar to feature a rear/mid-engined drivetrain layout, the Bertone-designed Miura is among the most revered Italian cars ever made and regarded as the genesis of modern supercar development. Sesto Elemento: Based on the Gallardo, the Sesto Elemento is a limited-run 562bhp track car composed largely of carbonfibre and weighing less than a tonne. Just 20 were made and they sold out before completion at nearly £2 million each. 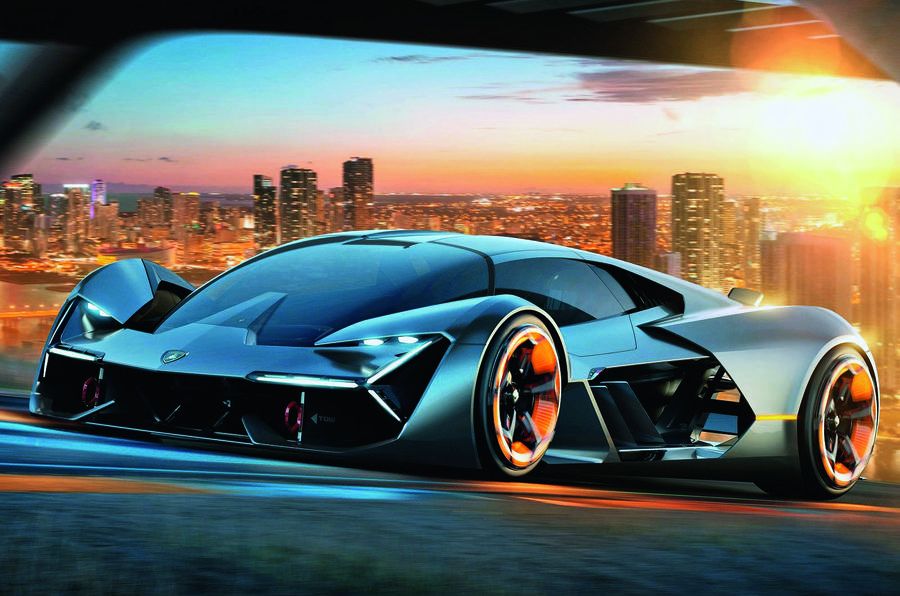 And so it continues

VAG milking every badge it owns for every penny it can get, sod the heritage..

Honestly people, we should

Honestly people, we should stop wasting our time posting on this crap website and leave it to the spam people.

Haymarket doean't care, so why should we?

Best put down artist I knew

Best put down artist I knew was a vet.