BACK TO ALL NEWS
Currently reading: 275bhp Ford Focus ST to head 2018 line-up
UP NEXT
Hope for Bloodhound LSR project as sponsor talks start again

The launch of the next-generation Ford Focus will be spearheaded by petrol and diesel ST models, with up to 275bhp from a high-tech turbocharged 1.5-litre engine in the petrol version.

The ST hot hatches will go on sale soon after the mainstream Focus late next year and appear in five-door and estate bodystyles.

Details of the new ST are still scarce, but Ford sees performance models as vital to distinguish the Focus from its rivals in a crowded market. So far, ST models have been more popular than the more recently launched Vignale luxury variants.

The STs are expected to maintain their formula of affordable and accessible performance, combined with road manners that encourage everyday use.

One potential change is a move to downsized turbo engines from today’s 2.0-litre four-cylinder diesel and petrol units. This would satisfy the new Real Driving Emissions (RDE) test and the 2021 average fleet CO2 standard of 95g/km, which will be introduced two years after the next Focus is launched. 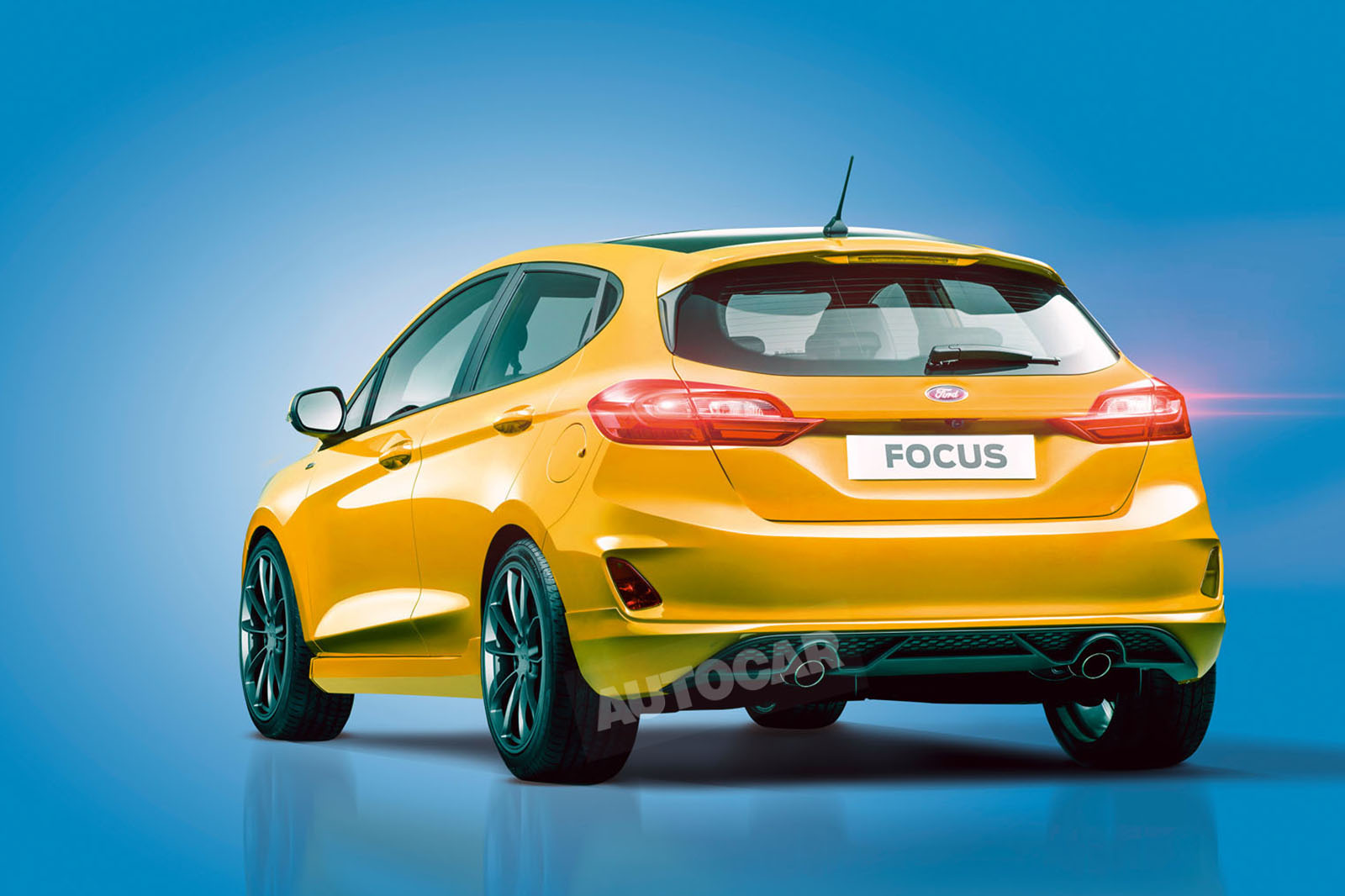 Ford has a new family of 1.5-litre four-cylinder petrol engines designed for the new emissions regulations, but extracting the 250bhpplus required to keep the ST competitive will be a technical challenge. That would mean a specific output of at least 160bhp per litre, much more than the 125bhp per litre extracted from the current 2.0-litre Ecoboost and even more than the 150bhp per litre from the 2.3-litre Focus RS.

However, Ford is believed to be looking at twin-scroll turbocharging, direct injection and cylinder deactivation technology to deliver the required power boost and fuel economy to make the next Focus ST a practical proposition.

The 1.5-litre three-cylinder Ecoboost engine in the new Fiesta ST generates 131bhp per litre, so getting 150bhp or 160bhp per litre out of the Focus ST’s four-pot engine should be within Ford’s reach with this suite of technologies. 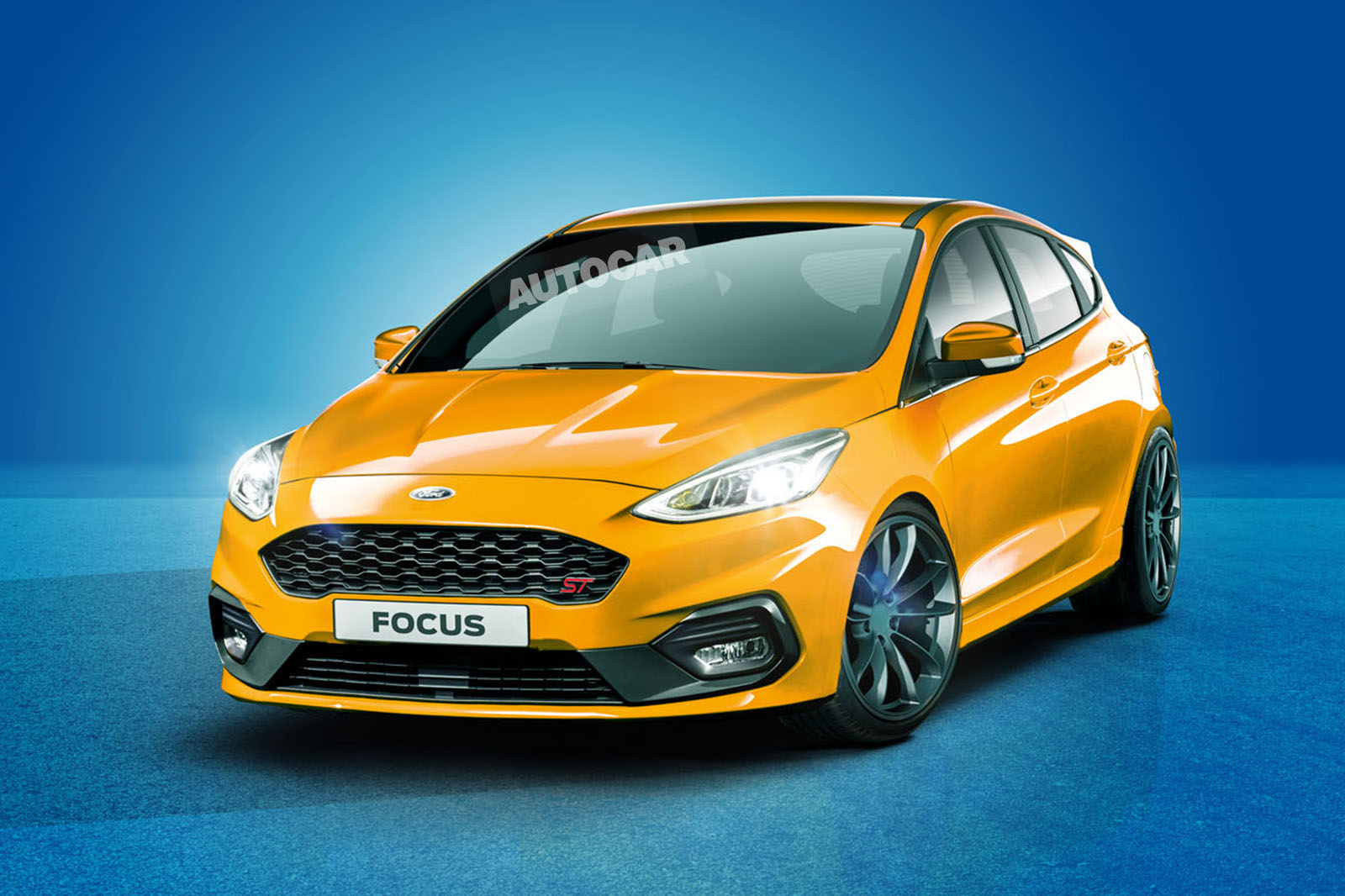 There will continue to be a hot diesel model, because it contributes about half of Focus ST sales (52% in the UK and 47% on the Continent). Whether it moves to a 1.5-litre capacity or sticks with 2.0 litres is unclear.

The debut of the new Focus ST looks set to take place in spring 2018, about six months after the new mainstream and luxury Focus models are first seen at the tail end of this year. Autocar sources suggest the launch will not be scheduled for the Frankfurt motor show in September. Instead, sources say, Ford favours a unique event like the Fiesta’s ‘Go Further’ launch, which was streamed globally.

Mainstream and luxury Focus Vignale models are expected to go on sale in autumn 2018, followed soon after by the ST models.

The arrival of the C430 gives designers and engineers an opportunity to reposition the Kuga and its US twin, the Escape, half a segment higher, with a third row of seats and a 5+2 seating configuration. That will enable it to compete with models such as the Skoda Kodiaq and Hyundai Santa Fe.

The C430 will also fit around the SUV-styled Focus Activ, a hatchback model with jacked-up suspension aimed at offering the most affordable price point for drivers seeking a mildly raised driving position and an SUV look boosted by a bodykit.

Scheduled for a 2019 launch, the C430 might replace the C-Max MPV in Ford’s range, although that has yet to be confirmed.

Ford Focus RS long-term test review: how does it drive in the wet?

I had a 2.0 ST3 for 2 years, got 33mpg and never let me down once, unlike the beamer and Jaguar I've had since then. I'll be getting one.

Fords look horrible, have disgracefully poor interiors, are immensely unpleasant to own and are sold by incompetent and malicious dealers, yet Autocar articles continue to read as though their writers can hardly restrain themselves from jerking off over them. No matter how much Ford pay Autocar to talk up this next Focus it will be awful, like all their cars.
5wheels 12 April 2017

3 pot with 275BHP one has to wonder the longevity of such a unit? It maybe fun, but I really believe even with modern manufacturing etc it will have expensive issues within 10k
View all comments (7)