BACK TO ALL NEWS
Currently reading: Albert Biermann on why Hyundai and Kia are performance-car-ready
UP NEXT
First drive: 2022 BMW XM prototype

Albert Biermann on why Hyundai and Kia are performance-car-ready

With Albert Biermann on the scene, the idea of Hyundai and Kia making performance cars to take on those from BMW’s M division no longer seems fanciful
Open gallery
Close

Executive vice president for vehicle testing and high performance development. It’s not a bad job title, is it?

At Hyundai Motor Group, which incorporates both Hyundai and Kia, it’s a title now worn by Albert Biermann. Has been for a couple of years, in fact. Because, at 57, if somebody makes you an offer, and you’ve been at your old place for 32 years, what else are you going to do? Even if the old place was BMW, and eventually you were basically in charge of the revered M division. Biermann figured he had made his mark, achieved what he’d wanted to and figured, well... why the hell not?

So here we are, a couple of years later, and the Korean conglomerate’s Kia Stinger and Hyundai i30 N are about to go on sale. Fruits of the labour, if you like. 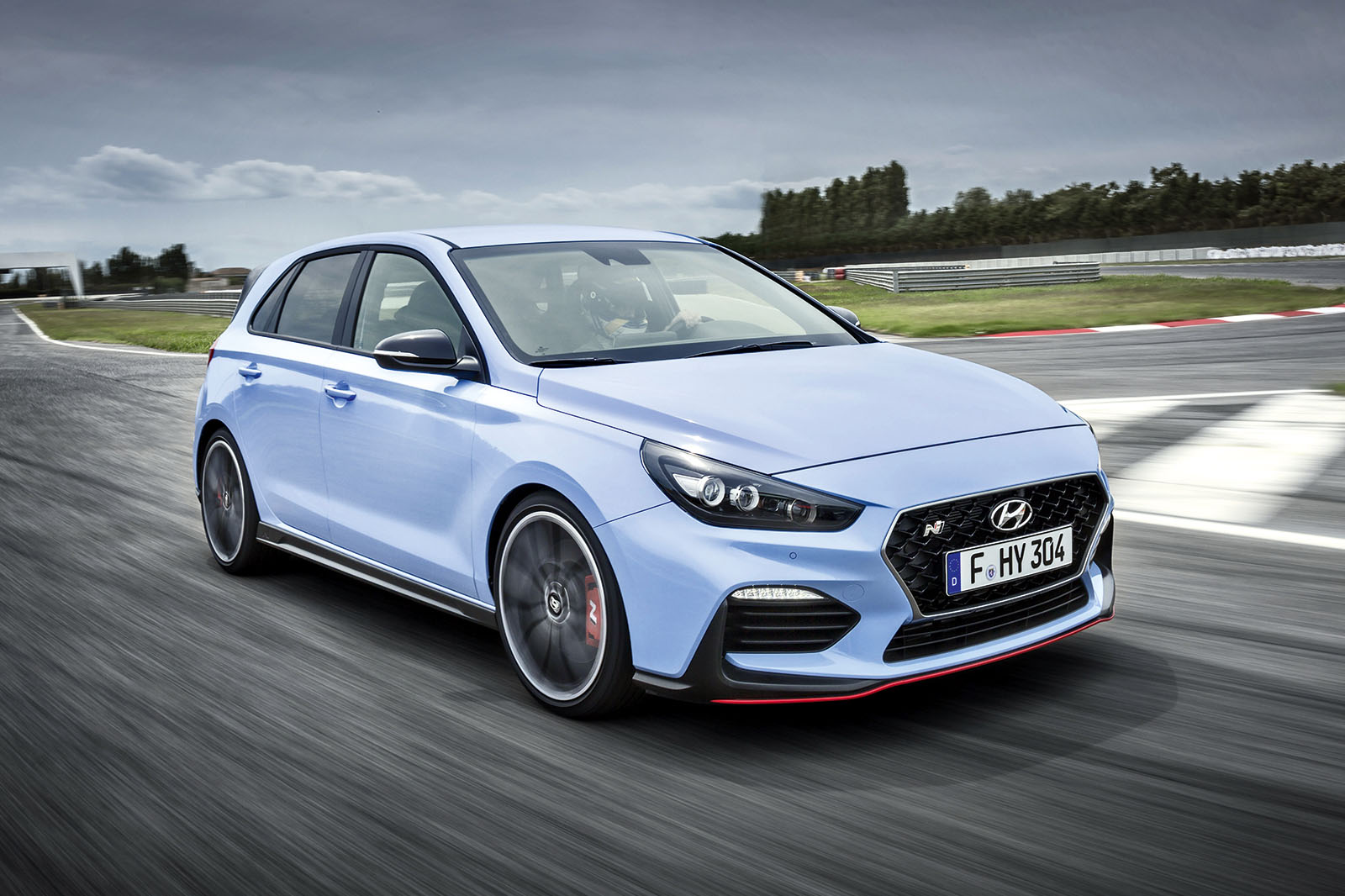 We’ve seen Biermann twice this year. In April, while he was on a trip to the UK to suss out our roads and how vehicles dynamically handle them – more on which later – and then, backstage at the Frankfurt motor show.

Biermann was on good form on both occasions, as you might expect given the products he’s putting out. Both i30 N, which is Hyundai’s first proper hot hatch, and Stinger GT, the Kia that will be aiming for the BMW 4 Series Gran Coupé, have been warmly received. Things are good.

“Everything is finished,” he says of the Stinger GT. “I mean, we have no mass production cars out yet, but they’re more or less on the way from Korea to Europe.” Those who have driven this new grand tourer, a rear-wheel-drive executive hatchback- cum-coupé, including Autocar’s own testers, have warmed to it.

“People are surprised a Kia can drive like this,” says Biermann. “And at this moment, we have only put the 3.3-litre V6 out, and we’re not focusing on the 2.0-litre petrol or the diesel [versions]. But I’m also quite optimistic about those. Of course some power is missing, but the sporty character is there.” 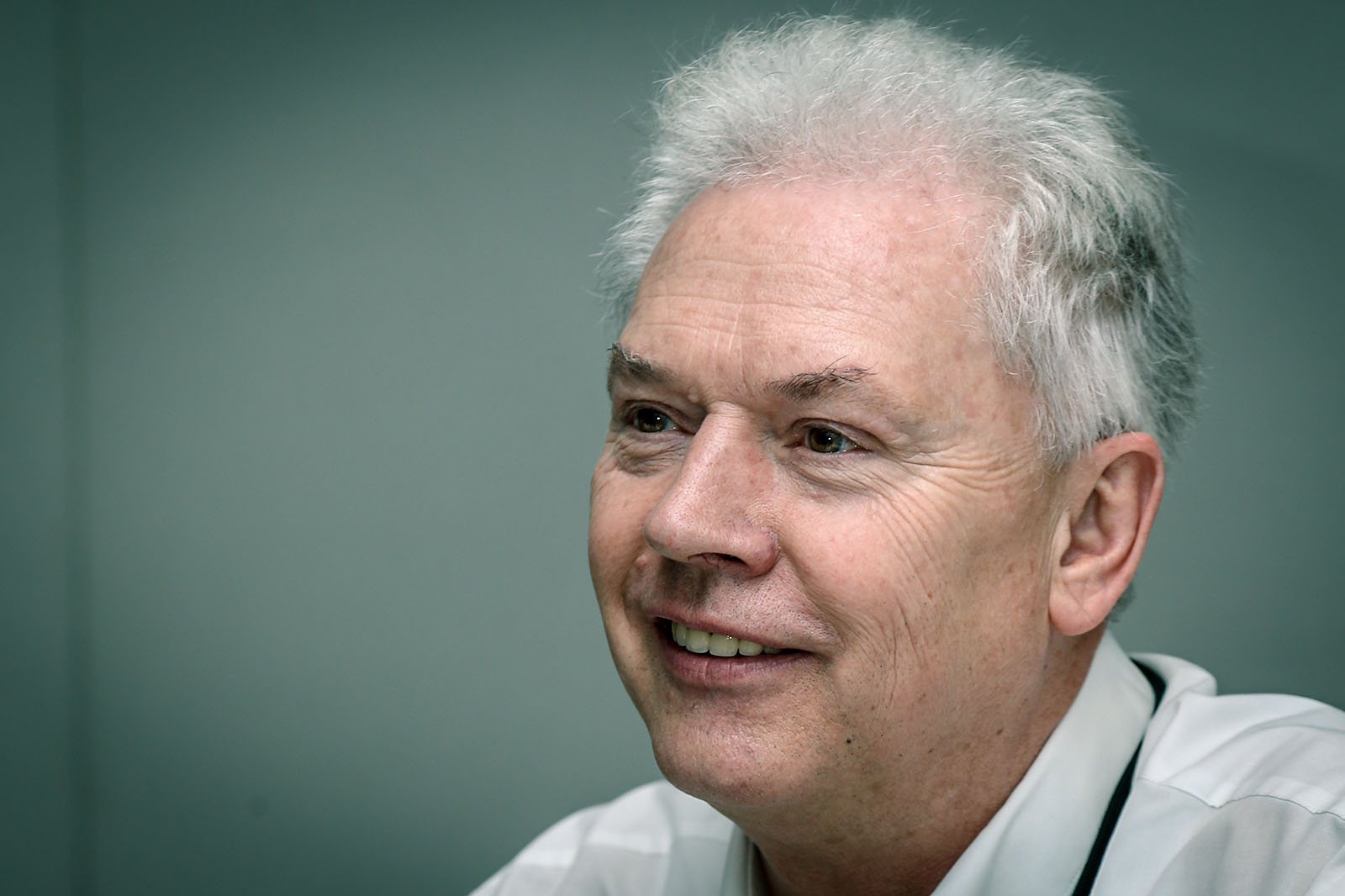 Which is all very well, Albert, if the Stinger is a flagship vehicle. But what of the cars beyond that? “We try,” Biermann says. “If you drive the Stonic now, you might find the drive not exactly what you expected from a little B-segment SUV.

“It’s also maybe a little bit more nimble, a bit more fun to drive than you would have expected two years ago. But it’s not like it’s the ultimate fun machine - it has to serve for city driving and so on.”

He also says Kia has “put a lot of effort into the next Cee’d, so you can expect a good step up for driving fun, precision, agility and so on compared with the previous Cee’d; and that’s a car that gets a little more attention and focus in that area. But, as you know, we make tons of cars and we cannot give the full [dynamic attention] to all of them.

“The philosophy for the Stinger was different, because we were challenging on a premium OEM level, and I think the effort we put into the car was also a little bit focused on that challenge, so we put more effort into that car than others.” 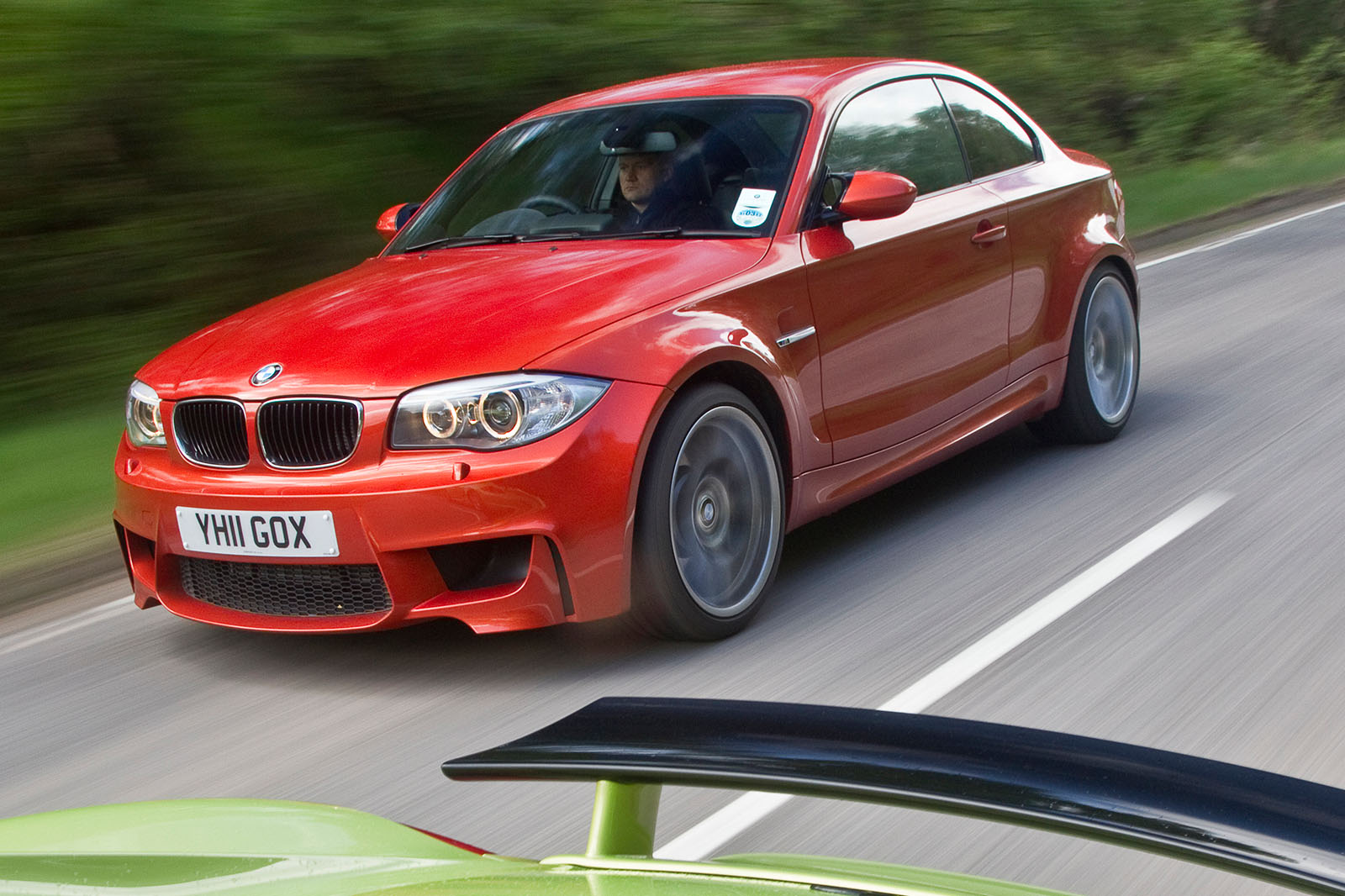 Hyundai has had its Genesis saloons before – and will again – but the Stinger is the first time that Kia has attempted to mix it with the European big boys. Has public perception shifted at all? “I can’t tell yet, but I’m sure it will happen,” Biermann says. “The Stinger will change the expectation of Kia cars in general, because people will think we can perform at a higher level.” He knows, though, that it will be a long haul to get a Kia into the same conversation as an Audi, BMW or Mercedes-Benz.

As you would expect from someone who spent so long at M division, it’s the dynamics that get Biermann’s attention. Hence the visit to the UK. “That event clearly gave us more focus on attribute tuning. Our team went to the UK again [in late August], so we definitely take more care of UK’s driving requirements,” he tells us.

Britain’s uniquely crappy roads are one of the reasons why the Kias and Hyundais of today and tomorrow will be better to drive than the current ones.

“The UK adds more challenge,” Biermann says. “You have bad roads, the surfaces are poor and you have more crown; and the narrowness of the roads where everybody has to go between hedges. And narrow city roads too. You don’t find that so much in Germany, where so far we have focused our European tuning.”

Coming to the UK means “we are clearly focused on more agility, steering response and steering precision for the future,” he says. “And also to adjust a little bit more for the harsh roads.”

Not all companies do that, you know; pay attention to the little details like that, to get things fundamentally right. It’s new for Kia too. “We have some new experiences,” says Biermann. “But it’s very fruitful because, all of a sudden, our car is competing on a premium European car level. And they’re enjoying it, you know.”

BMW M3 (E30) RACE CAR - Touring cars get little more successful or famous than the E30 M3, one of Biermann’s early projects at BMW, owing to a background in which he did a spot of racing himself.

BMW X5 (E70) - The original X5 (E53) was a groundbreaking car. Biermann was project leader on the second- generation version, tasked with making it more luxurious.

BMW 1 SERIES M COUPE - Biermann’s arrival at BMW’s M Division, which he became head of in 2008, largely coincided with M’s move to turbocharged engines. The 1 Series M Coupé, a cult classic produced in 2011, is arguably the greatest of those so far.

HYUNDAI i30 N - Turbochargers, still, but also the first front-driven car that Biermann has headed development of. N division was already in progress on Biermann’s arrival, but he has seen a belting new hot hatch over the line.

Remember the 70'same Datsun'so say 100y or the originalist Toyota's. Extremely reliable but dull as ditch water to drive then the 240Z appeared moving on to the original MR2, Celica, Supra, skyline & Type R. What I'm trying to say is the early Japanese stuff waso very similar to the Korean stuff. You were thought a bit odd to buy a Japanese car in the 70's & possibly early 80's. Now look at the brands. The 240Z was probably the car to change attitudes towards the Japanese cars. Funny enough people seemed to take notice of Hyundai after the original coupes, must admit I really had a soft spot for the mk2 version (the baby Ferrari 550). I hope the Stinger sells well I could be tempted with the more lower spec one if it's cheap enough. But some people will still by a German brand because of the perceived quality.

Buyers will still prefer various brands over others, but not at any cost. If a product becomes too expensive to consider then an alternative has to be found. Once customers have been exposed to a new choice they might decide to adopt it as their preferred option, whilst others will be looking to return to their old choice when finances allow. So I think certain brands will always attract customers but a badge alone will not guarantee future sales as costs go up. A brand is only worth so much.

Many cars today offer very similar levels of build quality, style and usability. if price rises forced on EU car producers selling in UK, move costs beyond a level where their brand value is exceeded then their sales will fall.

It will give other makers a one off chance to atract customers into their products and maybe keep some of them. A once in a generation, unforeseen, event that can be used by some car manufacturers to their advantage.

for the hyundai/kia group. Although the final arrangement with EU is still up in the air, there is still a chance that tariffs will be applied to EU cars heading for Blighty. If this is the case then hyundai/kia having their most competitive cars yet, available in the UK, can only increase their chances of winning a once in a generation slice of the UK car market cake. Executives in their Seoul boardrooms must already be pencilling in the extra UK sales. ;-)

Put a sting in the tail of some loud mouth layabouts who think they own the sales division. I really like the look (and the paint job as shown here is awesome. If AB has really done his M brains into this beast its gonna be a cracker. I really want to see it drive it and possibly own it Wifey has a simple Kia Soul which has been flawless despite every lousy job thrown at it carrying huge tree trunks overladen with stone paying slabs and comes up smiling every time. Little touches like heated steering wheel (standard) rear camer reversing (standard) are so essential for us in Russian conditions and driving. Thank you Kia and thank AB for giving e something to look forwards to

Saw a Stinger pulling out of

Saw a Stinger pulling out of MIRA on the A5 about 10 days ago. Looks really good on the road, particularly in the metallic red this was in.  Looks a big car.