BACK TO ALL NEWS
Currently reading: JE Motorworks converts Land Rover Defender to Ford Ecoboost power
UP NEXT
Motoring heroes: the most inspiring people in the car industry

The West Midlands company, which has produced reimagined versions of the Defender such as the V8-powered Zulu2, first revealed to Autocar that it was working on an Ecoboost conversion in June last year. The firm has now completed a shakedown with a development car and is taking orders from customers.

Meeting the man behind JE Motorworks

Ford’s 2.3-litre turbocharged four-cylinder unit, which is used in various performance cars such as the Focus RS and Mustang, produces up to 305bhp and 319lb ft of torque in the Defender. JE has altered the motor so it runs in a way more suited to the iconic SUV. 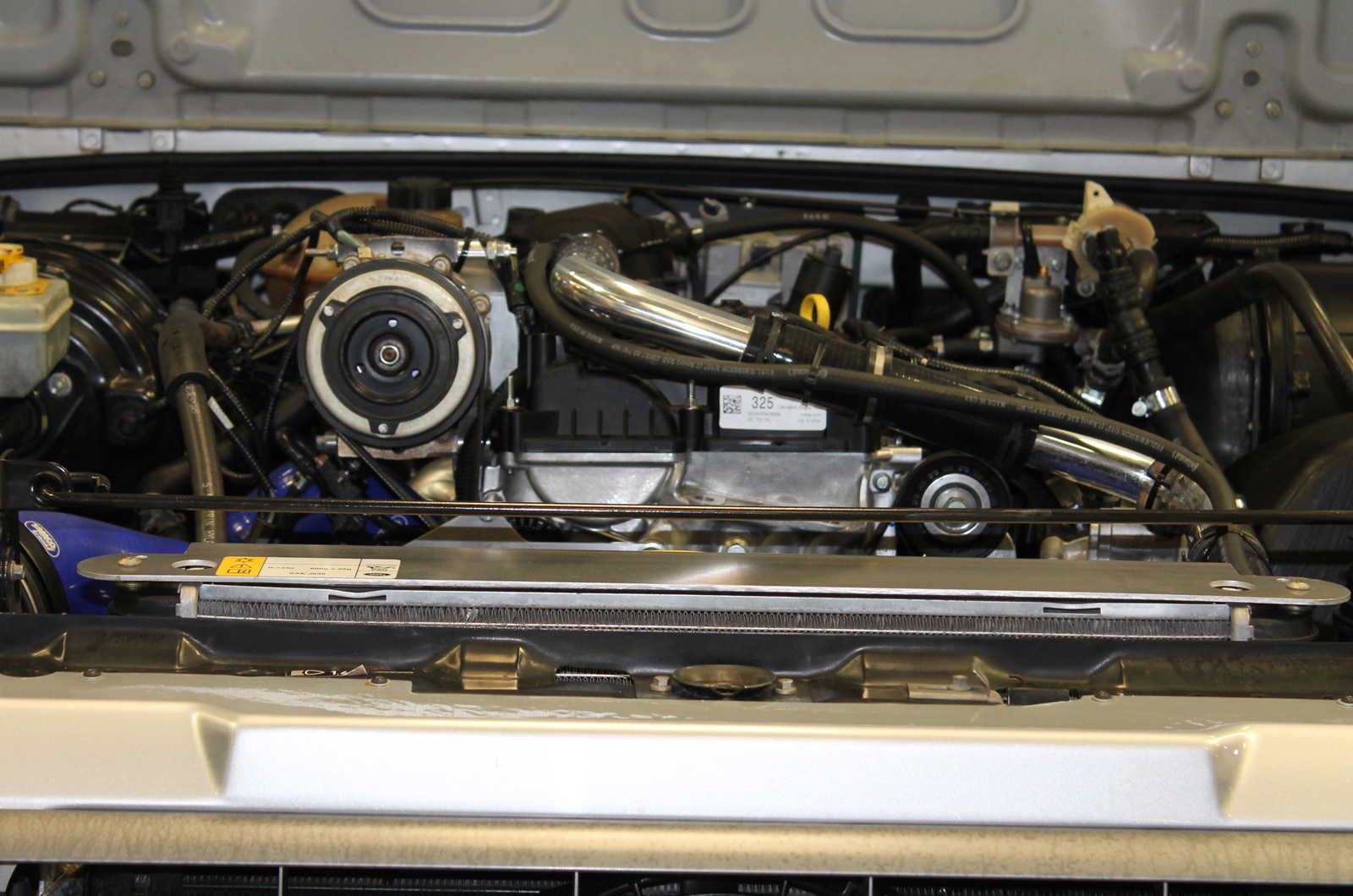 The Ecoboost engine is significantly more potent than the Ford Transit-sourced 2.2 diesel used in the discontinued Defender (it came with 122bhp and 266lb ft). It is also claimed to be much cleaner — although no emissions figures have yet been released. The engine produces as little as 175g/km of CO2 in other cars, significantly undercutting the 266g/km output in the final Defender.

JE boss Jonathan Douglas told Autocar last year that “increasing rules and regulations restricting the use of diesel-engined vehicles in certain environments, particularly in cities” had spurred his company on to produce a more eco-friendly option. He expected “many Defender owners [to] see a modern, direct-injection petrol engine as a good, more environment-friendly solution”. After the recent first test for the Ecoboost-powered Defender, Douglas said the unit “has a feel of both belonging in the car and being discreetly beyond expectation”. He admitted that “the character is completely different from the diesels and V8s”, but said it “will appeal to audiences and markets who consider economy and emissions — relative, of course, in something as big as a Defender — to be of importance”.

Prices for the Ecoboost conversion start at £17,400, which includes money back to the customer for their car’s original engine. Buyers wanting to trade the Defender’s standard five-speed manual gearbox for a Ford Tiptronic six-speed automatic can expect to pay £27,000.

Like with its other Land Rover-based products, JE offers further opportunities for customisation. The company can add uprated brakes, suspension and other mechanical upgrades, as well as design changes.

Chelsea Truck Company: The car firm made in Chelsea

Somehow a 4 cylinder petrol seems a bit more fitting that the stupidly powerful V8s that tuning companies like to stuff in Defenders (nothing wrong with a nice NA Rover V8 though). Hope they checked the right head gasket was fitted....

18 July 2018
When I was in the USA and considered buying this would have easily had bought the whole mustang, not just its engine!

I know they have to recoup development costs but that's a huge amount of money. Especially for a car that is meaningless in town.

18 July 2018
When I was in the USA and considered buying this would have easily had bought the whole mustang, not just its engine!

I know they have to recoup development costs but that's a huge amount of money. Especially for a car that is meaningless in town.

19 July 2018
And then you realise that's not the price of the car, but of a four cylinder Ford donk!

If I was worried about the environment, I'm not sure I'd want a Mustang/Focus RS engine in my Defender!

Anyone else here getting bored?

...of these irrelevant non-stories about "tuners" doing stuff with obsolete JLR product? Does anyone really give a s**t?

There must be far more newsworthy stories to cover. Come on, Autocar - you are capable of so much more than this!

...of these irrelevant non-stories about "tuners" doing stuff with obsolete JLR product? Does anyone really give a s**t?

There must be far more newsworthy stories to cover. Come on, Autocar - you are capable of so much more than this!

Indeed, pile of crap made slightly better by addition of leather seats and an engine capable of pulling actual skin off an actual rice pudding shock.

Maybe getting the world ready for the massive let down that the new Defender is going to be. Too much hype and the wrong product mix. Single cab pickup for heaven's sake is not premiumyness Gerry McPremium!

Yes, Why only JLR-based kit cars?

There’s a whole world of blokes in garages fitting inappropriate bits of one car to another. Why only Autocar features on Defenders and Minis?  Maybe that’s what makes the best clickbait?

wasnt this story run months ago? I clearly remember the stupid sentence about the 175g co2 achieved by this engine in other cars being less than the defender’s emissions

Should have put an LS in it

A brand new crate LS is well under $10k.  This is just silly.