BACK TO ALL NEWS
Currently reading: Ineos Grenadier to get smaller, pure-electric 4x4 derivative
UP NEXT
2023 Lamborghini PHEV supercar: Aventador successor spotted

The rugged Ineos Grenadier SUV – due in UK dealerships in a matter of weeks – will be followed by a smaller and fully electric sibling model.

It will use an "all-new" platform, said Ineos - shortened in line with the new car's entry-level billing, but will maintain a similar focus on off-road ability and be positioned similarly as a "workhorse". The Grenadier is heavily inspired by the Land Rover Defender, which has long been available in a range of sizes, and so Ineos looks now to be lining up its own take on the shorter Defender 90.

It will be built alongside passenger and commercial versions of the Grenadier at Ineos's factory in Hambach, France, but the firm has yet to give a projected timeframe for its market introduction.

With the Grenadier positioned as a rival to the likes of the Land Rover Defender 110, Jeep Wrangler and Mercedes G-Class, the stage is set for this new entry-level model to take on the Dacia Duster and Suzuki Jimny in the affordable, compact 4x4 segment - although crucially it will stand out by virtue of its all-electric drivetrain. 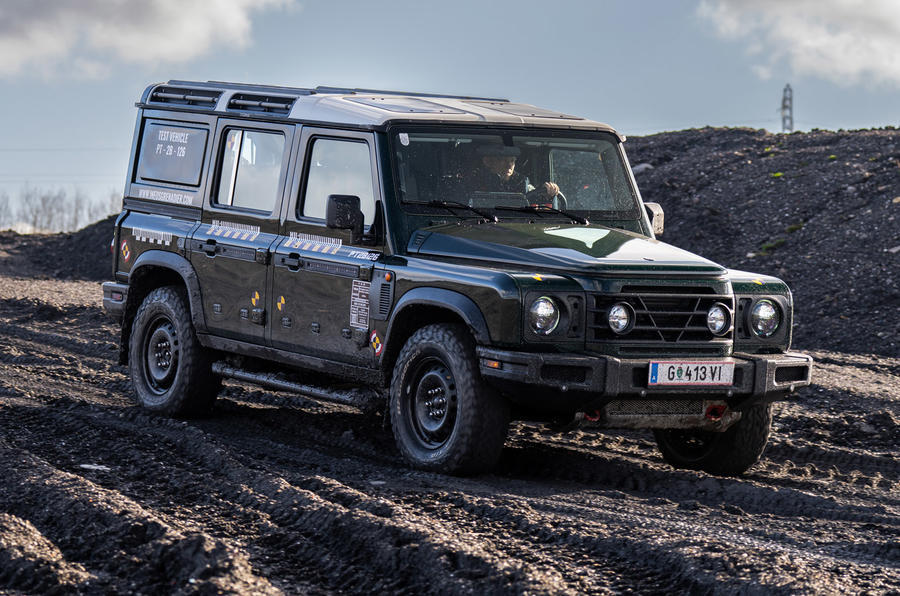 Comments by the company boss suggest that this new model could be badged as a derivative of the Grenadier – perhaps like the relationship between the rugged US-market Ford Bronco and its more lifestyle-oriented Bronco Sport sibling, which uses a different platform.

"What we're looking at quite carefully at the moment is a smaller version of the Grenadier - electric," said Ratcliffe, giving the first details of the new model.

"We need to embrace the future, which clearly, in an urban environment, is going to be electric - but even in a country environment, if you're a farmer, you probably will have an electric vehicle you can drive around on tracks and things like that.

"So you want one that's capable, but it's electric. I think that's our vision at the moment."

Crucially, though, while this new compact 4x4 will be Ineos's first foray into battery-electric power, it has not abandoned plans for fuel cell vehicles. 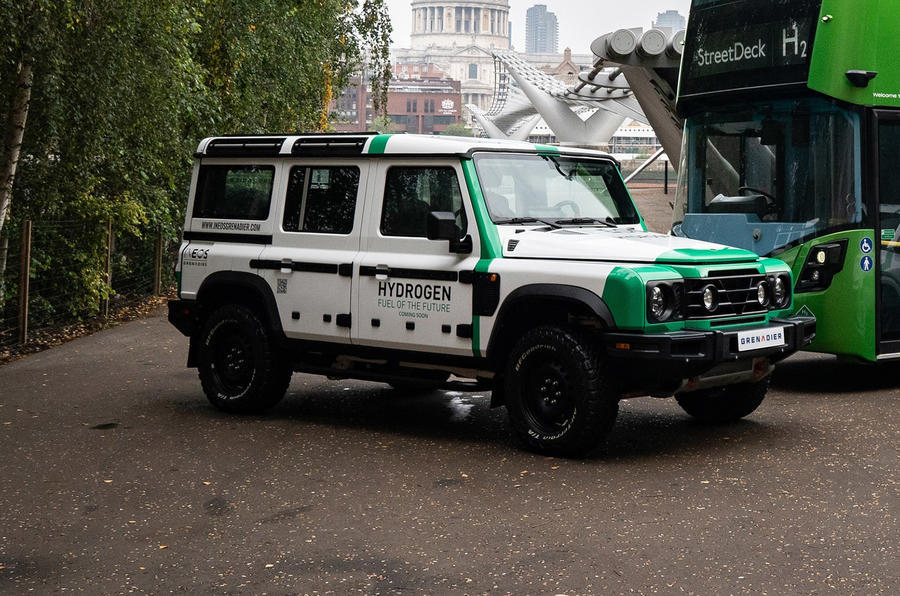 Working in partnership with Hyundai – which currently sells the Nexo FCEV and has bold plans to expand its hydrogen commercial offering in the coming years – Ineos is developing a hydrogen-powered Grenadier and will show off a functioning demonstrator vehicle on and off road by the end of this year.

More details about the second Ineos model are expected in the coming months, as the first customer examples of the Grenadier make their way to European customers.

I guess it's harder for some to accept in life that, eventually someone or other Car maker might make something, a car that is at least equal to,or dare I say, slight better than their idea of what is the perfect Car, and it's a big presumption that only Town/City will only by them, there's room for all, whether they're good or not so good.

Penny has finally dropped for Ineos that they need a Defender 90 sized electric vehicle for city folk, who will probably just buy the new electric Defender 90 when it comes out. Every decision they make seems to validate Land Rover decision making