BACK TO ALL NEWS
Currently reading: Hotter Ford Focus RS - new spy pictures at the 'Ring
UP NEXT
Southern comfort: Bentley Continental on the English Riviera

The Ford Focus RS could soon spawn a hotter, limited-run model, after a test mule wearing bonnet vents, enlarged bumper intakes and an adjustable rear wing was spotted testing at the Nürburgring.

The mule's physical changes suggest a more potent version of the regular RS's 345bhp 2.3-litre engine could be under its bonnet.

This supports information given to Autocar late last year which said that Ford has considered upgrading the RS’s drivetrain, as well as bringing extra grip, performance and excitement to its chassis through weight saving. Some reports have gone so far as to claim that Ford will launch a limited-run Focus RS500 in coming months, and that today's mule is a development car for that model.

The Ford Focus RS500 could be canned

However, Autocar's insiders are so far unconvinced. 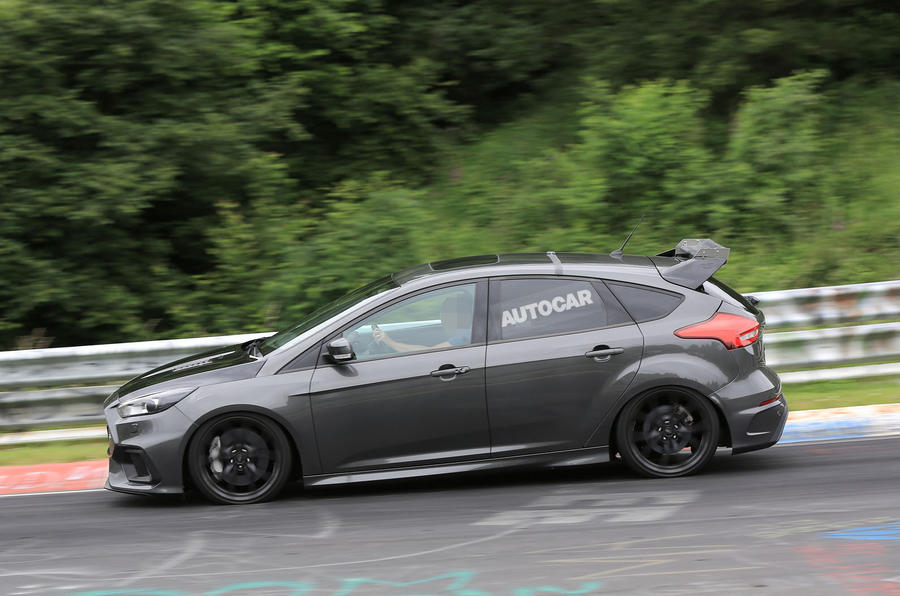 Nevertheless, other sources have told Autocar that polycarbonate glazing, carbonfibre-reinforced plastic bodywork, forged aluminium suspension componentry, carbonfibre brakes, less noise insulation and a stripped-out interior could take upwards of 100kg out of the RS  - even after the drivetrain additions under consideration have  been grafted on.

Those additions would likely consist of an electronically controlled limited-slip differential for the front axle, tuned to work with the GKN-supplied rear drive unit, and  a dual-clutch automatic gearbox. A limited-slip front-axle differential is already known to improve the RS’s handling and was under consideration for the standard car, an insider revealed.

The obvious paddle-shift gearbox option would be Ford’s Powershift transmission, supplied by Getrag, but it is currently rated for engines with peak torque of 332lb ft, so it would need some modification. 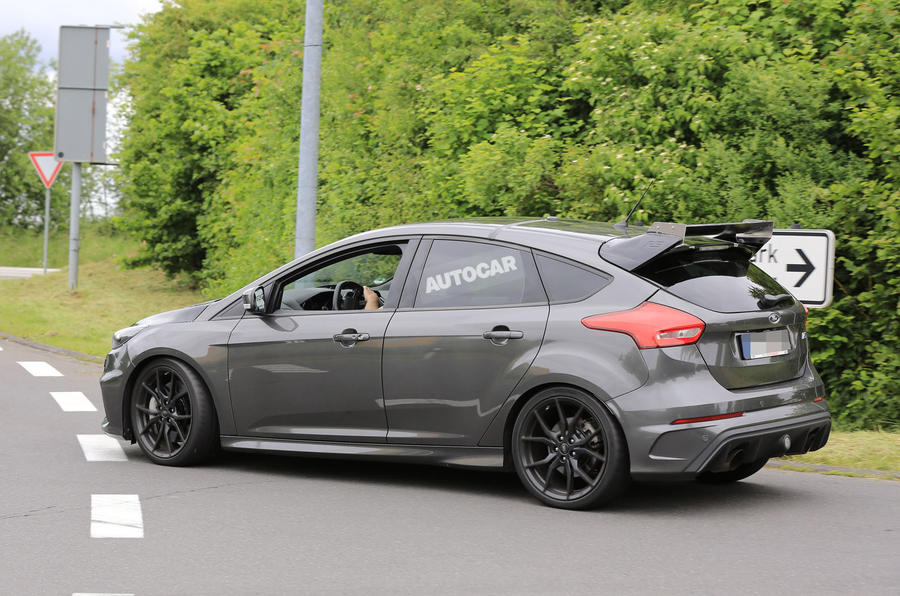 Standout performance targets for a super-heated RS would likely have to make it quicker over the benchmark 0-62mph sprint than the latest Mercedes-AMG A45 (4.2sec) and the Audi RS3 (4.3sec). The regular RS’s claim (4.7sec) would suggest there’s plenty to do to meet that target, but company insiders have confirmed that even the standard car is much closer to Germany’s big hitters when fitted with optional 19in forged wheels and Michelin Pilot Sport Cup 2 semi-slick tyres.

But our insiders have added that due to the regular RS's sales success in Europe and North America - around 4100 orders have been received in the UK alone - Ford doesn't believe it needs to produce a hotter model. They say this mule could in fact be owned by an aftermarket company, rather than Ford itself.

Some RS's have already done so,previous gen ones modded by owners will have surpassed this eons ago.
TegTypeR 22 June 2016

Whilst demand for the current

Whilst demand for the current car is running at high levels, I am sure they wouldn't miss a trick for producing an even better, limited run, halo model from which they could make money!
View all comments (11)