Ford is poised to revive more historic model names in the coming years, having applied the Puma, Mustang and Kuga nameplates to its latest European-market SUVs.

Each of those three models takes its name from a lower-slung and more overtly sporting forebear (the Kuga being phonetically linked to the 1990s Cougar coupé and 1960s Mercury Cougar) and comments from the firm's European design chief suggest similar revivals are on the cards.

Speaking to Autocar recently, Murat Gueler explained that the design of previous-generation Fiestas did not influence the recent facelift of the current car, and that retro design – such as that employed for a variety of high-profile models, including the new Renault 5, Nissan Z and Lamborghini Countach – will not be a feature of any upcoming Ford models. Instead, Gueler explained, Ford is more likely to nod to its past successes by bringing back their names.

"The industry is in its craziest time ever since I joined 20 years ago, and I've never seen it so disruptive as it is now. There's a lot of stuff coming onto the market and consumers are bombarded with all kinds of products and information," he said.

"There's a lot of stuff coming from China which is very competitive, and the Koreans are already very competitive with beautiful designs and strong technology, so the question for manufacturers like Ford is 'how do you position yourself?'.

"I think we have the unique asset of having nameplates from the past that we can tap into to emotionalise our product and to tell stories no other brand can tell."

Gueler stopped short of naming any specific models that could be ripe for revival, but acknowledged that such a technique could be "an opportunity for Ford to distinguish itself from the bombardment of electrification that's coming".

There were "a lot of sceptics" when Ford launched the all-electric Mustang Mach-E, Gueler said, "but it it turns out it was the right thing to do, because the Mustang name gives a gravitas to the product which maybe otherwise wouldn't exist.

"There is opportunity with nameplates that you can really refresh and execute in the right way to distinguish yourself from others." 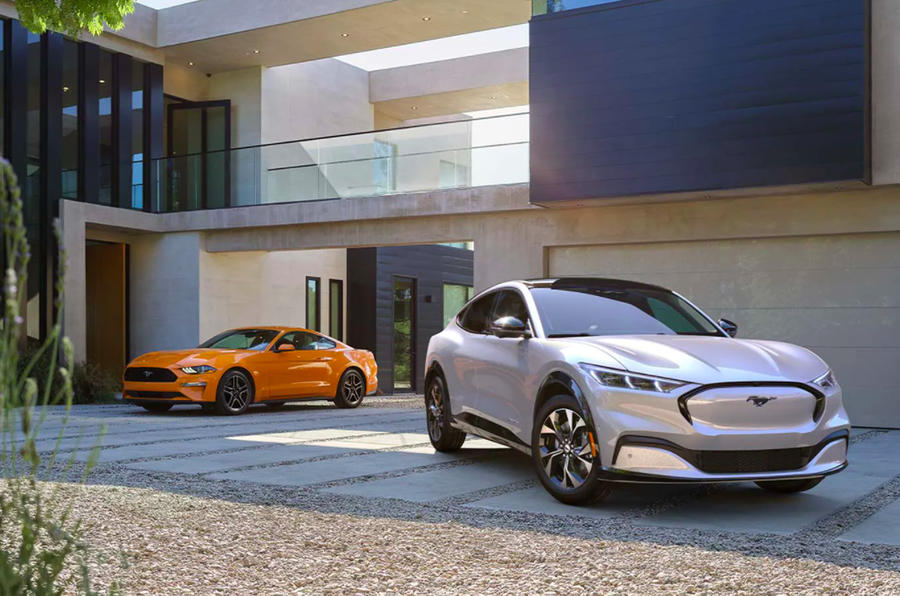 One likely candidate to adopt a previously used moniker would be the compact electric SUV due in 2023 atop Volkswagen's MEB EV platform. It will be built in the Fiesta factory in Cologne, Germany, but given today's supermini will still be on sale, is unlikely to share its name.

There are a number of sporty coupés in Ford's back catalogue that could be commemorated in the same way as the Puma to bolster their appeal in the European market: Capri and Probe seem the likeliest candidates, but the huge-selling Cortina, Escort and Sierra – each also sold in two-door guise at various points – all enjoy strong legacies, too.

Good, bad or ugly? When car nameplates come back​

They can call their cars whatever they like as far as I'm concerned, but they have to stop this SUV/crossover obsession.

Just Saying 20 September 2021
Dear Murat Gueler,
If your team can't come up with new model names, then sack them!
I bet any number of the posters here could come up with some enticing names.
View all comments (13)