This undisguised cold-weather prototype is our first taste of the all-electric alternative to the Mercedes-Benz E-Class. Specifically, it’s a four-wheel-drive EQE 500 4Matic, and a car at a more advanced stage than the rear-wheel-drive EQE 350+ that I sampled from the passenger seat in February. It’s also a good deal more powerful.

With a dual-motor driveline using hardware similar to that seen in the even longer, more opulent Mercedes-Benz EQS 450 4Matic, the most powerful of the planned ‘mainline’ EQEs develops around 402bhp. That’s 114bhp more than for the EQE 350+, although still 67bhp less than the AMG-fettled EQE 43 4Matic and a way off the 617bhp of the AMG EQE 53 4Matic.

Bookending the range at the lower end is the EQE 300+, meaning the EQE line-up will be five models strong at launch later this year.

Energy is provided by a standard 90kWh battery, which can be heated or cooled on the move in a preconditioning process aimed at ensuring that it’s always ready to accept the fastest possible charge.

In the EQE 350+, the battery is claimed to provide a WLTP range of up to 410 miles. Mercedes-Benz isn’t providing any range claims for the EQE 500 4Matic just yet, but it does concede that the all-paw variant can’t match the figure of its rear-driven sibling. The maximum charging rate is said to be 170kW, which translates to 155 miles of range in 15 minutes.

While sharing a design lineage and many key details, the EQE is arguably smarter-looking than the EQS. More compact dimensions, a lower overall height and a shorter bootline provide it with more balanced proportions all round – at least to my eyes. 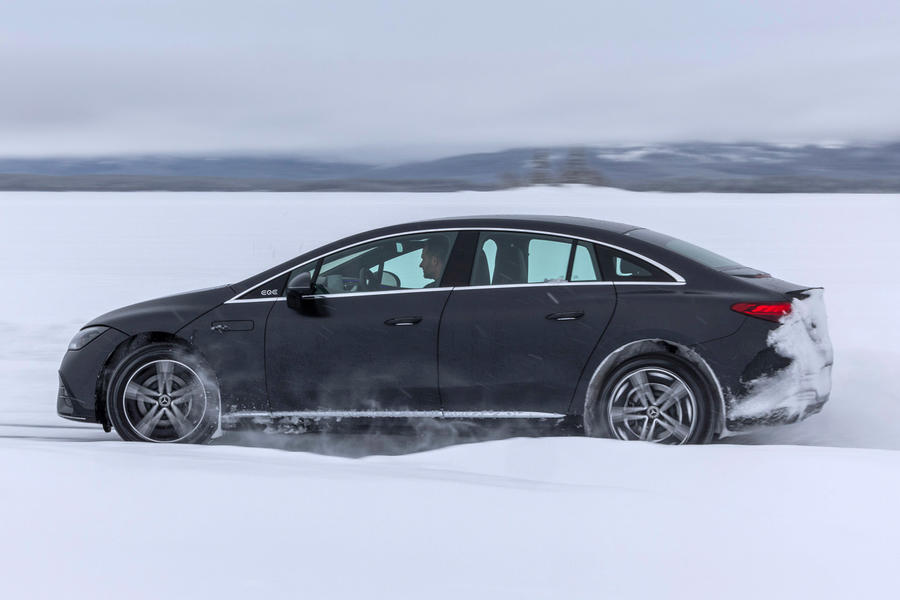 The biggest difference between the first two cars based on Mercedes’ EV-specific EVA platform, though, is at the rear. In place of the large liftback tailgate used by the EQS, the EQE receives a traditional bootlid. As well as incorporating a very subtle lip spoiler, it houses a full-width LED band between each of the tail-lights.

There’s also a clear sense of familiarity from the EQS inside. The driving position isn’t as low as that of the Porsche Taycan but still low enough to make it feel quite snug.

This feeling is further enhanced by a high centre console and relatively shallow glass within frameless doors.

Buyers will also be able to choose between separate instrument and portrait-orientated infotainment displays or Mercedes’ impressive Hyperscreen, which stretches across the entire width of the dashboard.

Refinement is the area in which the EQE makes the biggest impression initially. Even by EV standards, it’s wonderfully silken and whisper-quiet, just like the EQS.

However, the steering, while direct in typical Mercedes style, is a little heavier than that of the EQS. It’s well judged, too, making the EQE easy to wield, and possessing a confidence-building seam of weight and resistance as the pace increases.

Performance is also excellent, and responsive, just as you would expect. At 4946mm long, the EQE is quite a big car, yet it accelerates with all the enthusiasm and athleticism of a smaller, lighter offering. We expect 62mph to be reached in about 5.0sec. 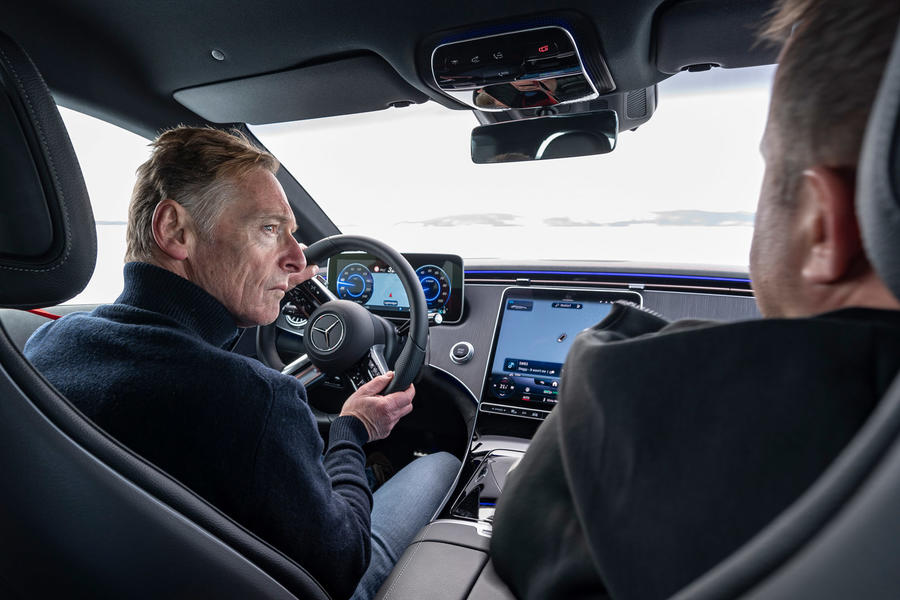 Driving an EV on ice can be a daunting experience owing to the instant power delivery and near- silence. However, the on-demand torque-channelling of the 4Matic system, which effectively provides individual drive to each wheels, and rapid-acting stability control, endows the EQE with quite breathtaking traction and all-round predictability.

On a twisting handling circuit, it proved nicely resolved, settling nicely during protracted instances of opposite lock. Our car was also fitted with optional four-wheel steering, and there’s a fundamental feelingof integrity to the way that it drives.

Part of this sense of solidity can be traced to its ultra-stiff body, which is even more rigid than that of the EQS.

I won’t pretend that I can tell you what the EQE feels like on the road, because I spent all my time skating over ice with big handfuls of oversteer and an even bigger grin on my face, but it’s clearly more agile and determined than the EQS.

It’s an EV for those who cherish their driving, more than those who prefer to relax in the back. The proof of that will come next month, when we will be able to drive the definitive production version of Mercedes’ latest EQ models. 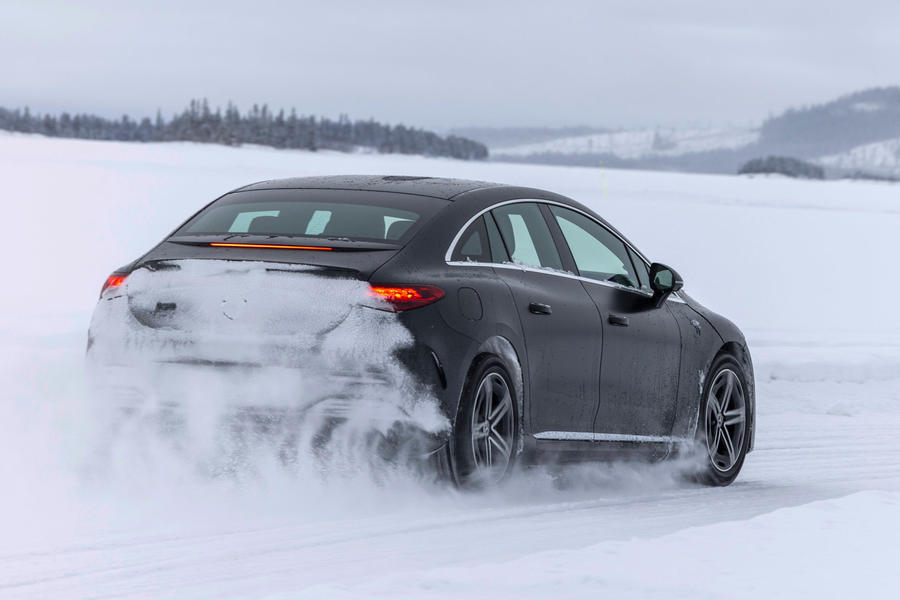 It is a nice design, something different from the normal designs Mercedes produce, the front is nice, not to overdone.