BACK TO ALL NEWS
Currently reading: Facelifted Lexus RC: prices and specs announced
UP NEXT
New Hyundai Bayon to launch in 2021 as entry-level crossover

After its public reveal at the Paris motor show, Lexus has released UK pricing and spec details for the updated RC coupé.

Due to go on sale on 1 November, the BMW 4 Series rival is priced from £38,800 for the base variant, which is equipped with kit such as front and rear parking sensors, a reversing camera, keyless entry, sat-nav and 18-inch alloys.

The mid-range F-Sport model introduces sportier bodywork and interior upgrades, alongside LED headlights and an adaptive suspension system. An optional Takumi pack adds a 17 speaker Mark Levinson sound system, a heated steering wheel and a sunroof for an extra £2,000. Topping the range is the fully-loaded RC Takumi, priced at £45,800. 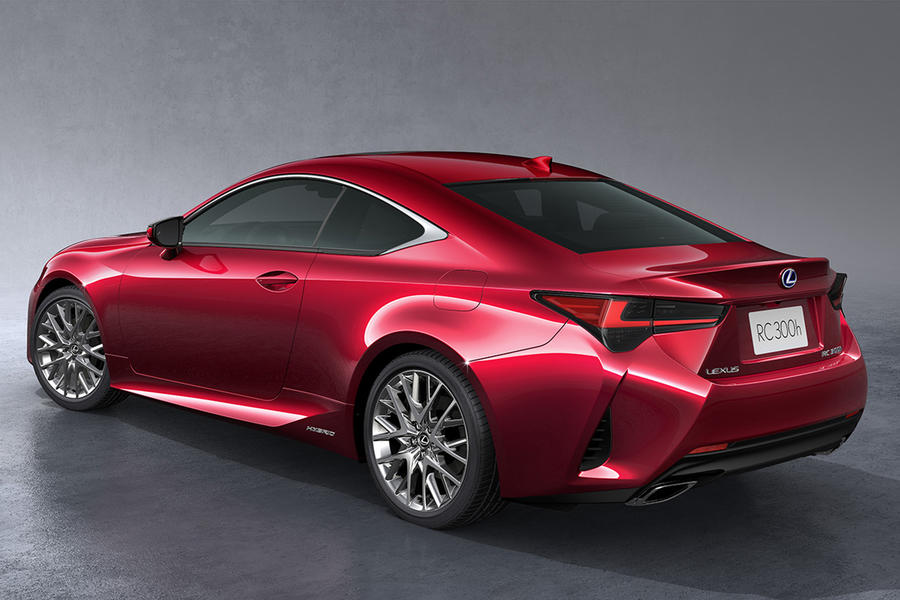 In addition to minor styling alterations, Lexus has made aerodynamic tweaks to the RC, as well as revising the suspension with a view to improving ride quality. The steering has been re-engineered, with the company claiming it has improved the rack's road feel. The new RC is also lower to the ground and features a slightly wider track than before in a bid to improve handling.

The interior benefits from greater use of plusher materials, such as brushed metal for the heater and audio control panels, while the analogue clock from Lexus's flagship LC has been grafted onto the RC’s dashboard.

Outside, Lexus has incorporated LED daytime running lights into the light clusters, and new paint colours and alloy wheel designs are available. Lexus says the LC has been a considerable point of reference for the RC’s new design, although the brand's entry-level coupé has a less concept-like appearance than the comparatively wildly styled LC.  .

The RC made its appearance at the Paris motor show alongside the recently confirmed Toyota Corolla Touring Sports estate.

First deliveries of the RC start later this year, a few weeks after its Paris debut. 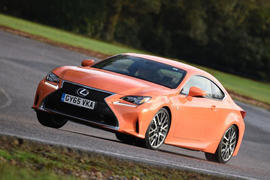 With a Lexus RC F drive behind us, we head out in the lesser RCs to see if they are still as fun

why don't they make the grille larger

to even further engulf the car

to even further engulf the car

If you want a hoover front, this looks more fussy and more like a hoover

Is the Bucket extra?

Those rear side windows are so small it makes you wonder why they bothered with them. Perhaps because of this you'll need to keep the sick bucket at hand when travelling with kids, oh and keep it handy for adults who've stared at this particular Lexus for too long.

Those rear side windows are so small it makes you wonder why they bothered with them. Perhaps because of this you'll need to keep the sick bucket at hand when travelling with kids, oh and keep it handy for adults who've stared at this particular Lexus for too long.

It's called automotive style, not something you will (in common with anything else automotive related) know anything about. Your use of the English language is a disgrace...do you mean the adults will need to keep it handy, WHEN TRAVELLING with kids, or do you mean the bucker is for the kids, because you then mess it up by asking the adults to keep it jandy for themselves. Both stupid, immature, childish, inappropriate, irrelevant comments...now that is something you ARE good at!. TwIT

Lexus does complex surfacing best. Every element can be read as related to each other. Superb.