BACK TO ALL NEWS
Currently reading: Facelifted Jeep Renegade starts at £19,200
UP NEXT
Supercars to e-bikes: the story of Romans International

The Jeep Renegade has been given a light facelift, with subtle changes to its exterior styling and new technology inside, and with a fleet of new engines confirmed. A £945 price hike takes its entry-level price up to £19,200.

Jeep has previously confirmed to Autocar that there will eventually be a 2.0-litre turbocharged four-cylinder petrol, 48V mild hybrid version of every car in its line-up. This will include the upgraded Renegade when it goes on sale in the UK in September. The American brand also has plans to give each of its models a plug-in hybrid variant by the end of the decade, as well as a smaller, sub-Renegade SUV after this. 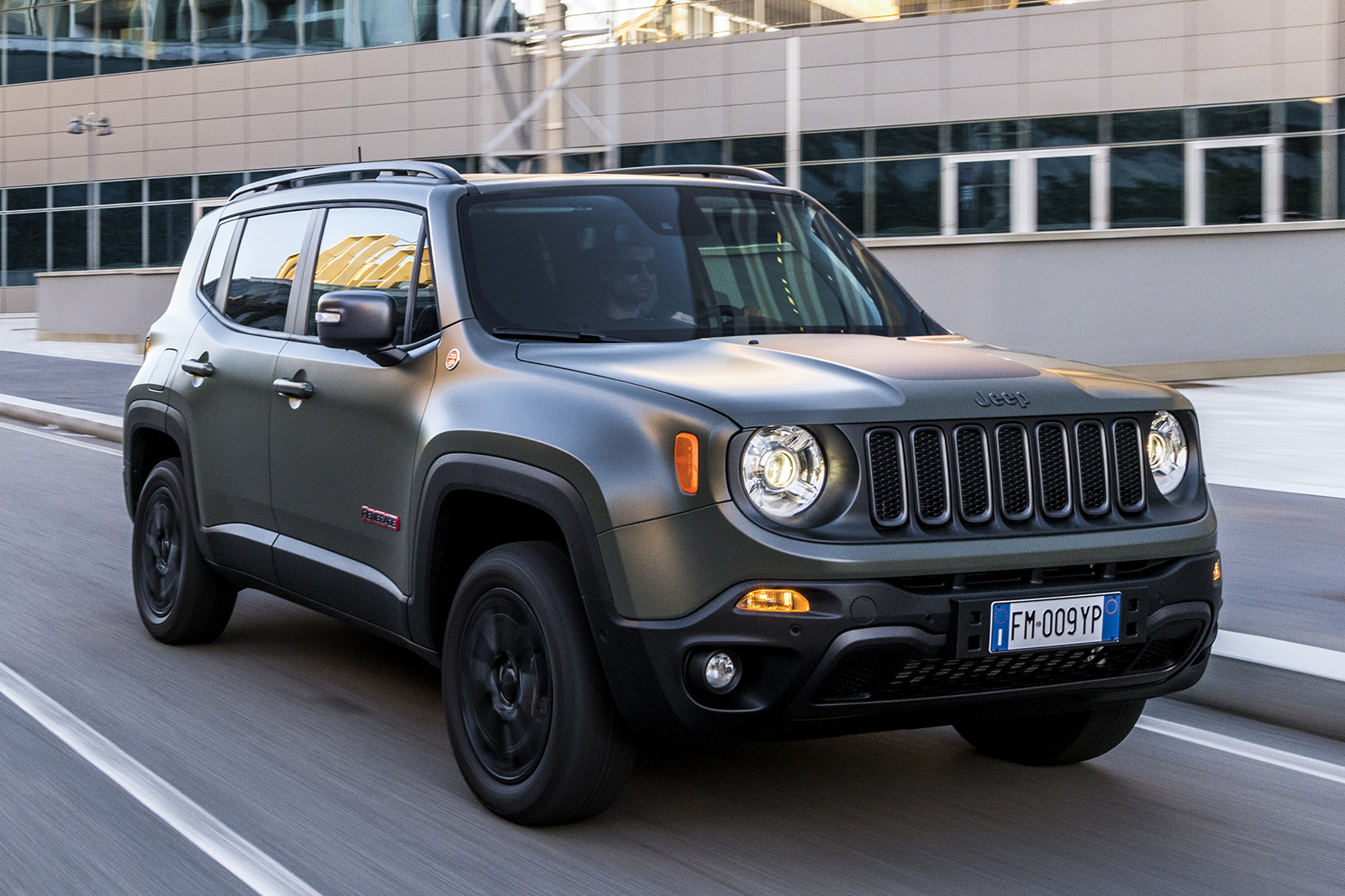 Exterior revisions include revised LED daytime running lights - the X motif from the rear lights is continued into the headlights now - and other such light tweaks, while the car’s rugged, retro-Jeep styling remains.

Inside, a larger 8.5in infotainment screen takes the place of the current 6.5in unit, absorbing the buttons and controls previously surrounding it, although a smaller 5in unit is fitted to lower-spec models. The new unit is still housed in the shaped surround so takes up no more space than the complete previous unit.

The Renegade is Jeep's most successful model in Europe, being closely related to the Fiat 500X and occupying the same market segment as the huge-selling Nissan Juke. The new Jeep Compass, a Nissan Qashqai rival, is also pivotal to the brand's success. 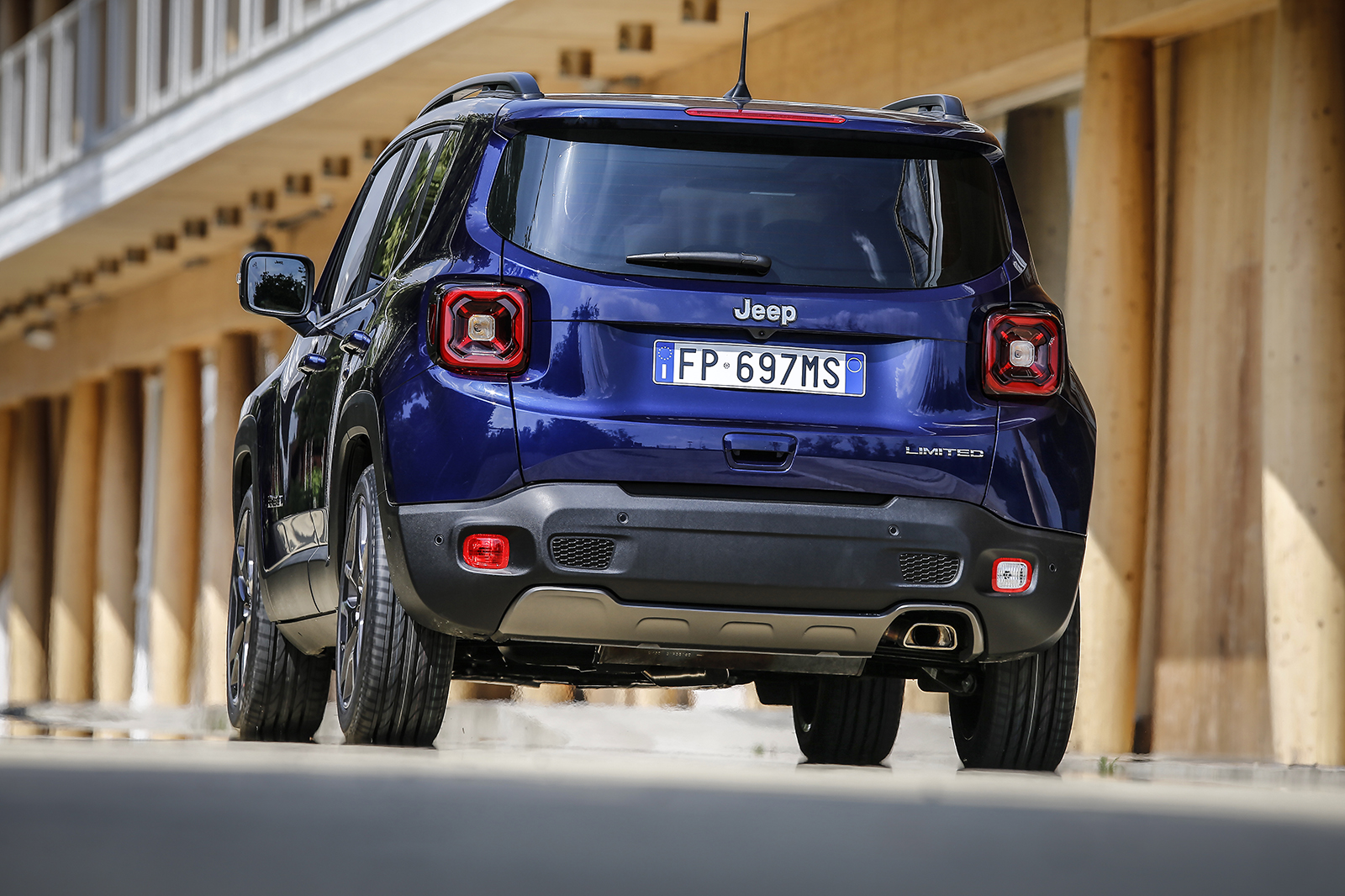 A Jeep spokesman confirmed that the updated Renegade would arrive in September 2018 after its reveal.

That's twice the drop recorded by parent brand Fiat and far out of proportion with the overall market contraction across the year.

Jeep CEO Mike Manley previously said to Autocar: “With the Renegade growing in Europe, we are where we want to be. We have yet to complete the European rollout of the Jeep Compass, which is in Europe’s biggest segment. In 2018, I’m looking for significant growth on 2017.”

...but I would rather have a Dacia Duster and save some cash.

Good seller or not, the Renegade is a rather odd looking vehicle that has never appealed. It just doesn’t give off the tough look of the Wrangler or the smoother lines of the Grand Cherokee, so to many people it must seem to lack a clear family line or character. To add insult to injury, it’s been given the same name as the respected CJ-5 Renegade, a true off-roader, that was marketed back in 1970.

To give it credit, Jeep do seem to have given it reasonable off-road ability, but I wonder how much appeal that has for it’s intended market.

TheDriver@, most are status, fashion led buyers, they don’t want to go off road, they want the part time security of 4WD when bad Weather arrives in the Winter months, practicality goes out the Window, I wouldn’t say it looks are divisive each to there own, but it’s the market just now, SUV’s are in and there’s one to suit most pockets,besides true off readers buy second hand and add stuff to them ,bigger off-road Tyres, roll cage, an electric Wynch maybe even a Snorkel two way Radio with a whip Aerial, I don’t think I’d take my brand new just off the parking lot off Roading, would you?, like I said real off roaders buy a project Car and modify them.

Why hasn't Land Rover got a car in this sector?  They could call it 'The Freelander'.

No need, that’s why.

Land Rover have the faithful loyal customer base, bringing out a smaller cheaper Landie would devalue the brand, oh yes image does count, plus, this sector is well served by a few brands already Suzuki just to name one.