Another SUV-heavy batch has revealed just one non-five star car tested, and it’s not coming to the UK
Share
Close
Share story

For the second month running, all cars in the latest Euro NCAP crash-test batch that will be sold in the UK have been awarded a five-star rating.

The best-performing car in the latest batch for adult occupant protection is the Cayenne, with a 95% score. For child occupant protection, it was the Impreza and XV, both with an 89% score. The XV also came top for pedestrian protection, while the Civic triumphed on driver assistance systems.

The Civic was being reassessed after a tweak to improve the effectiveness of its side curtain airbag for child occupants.

The Citroën E-Méhari was the only car in the batch to score below five stars, achieving a three-star rating in its standard specification. Euro NCAP explained that it performed poorly in some areas of impact testing, while “protection provided by the bonnet to the head of a struck pedestrian was no better than adequate and was poor in many test areas,” and that the only driver assistance feature is a seatbelt reminder.

Euro NCAP's secretary general, Michiel van Ratingen, said: “As we approach the end of the year, Euro NCAP is preparing for the new tests in 2018, in which auto brake systems that can detect and mitigate cyclists will be put to the test for the first time.

“These new tests and other planned updates will reflect the surge in automated vehicle functions that we expect to see on the market in the next years. Our mission is to help consumers understand how these systems operate, to show what they are capable of and to explain how one day these might save your life”.

Autocar is awaiting a response from Citroën. 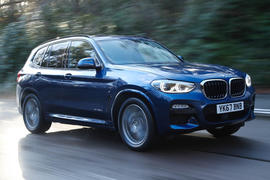