The so-called ‘cassette’ EV system has been developed using know-how and components from the Rapide E programme and will be put into production to “mitigate any future legislation to restrict the use of classic cars”. 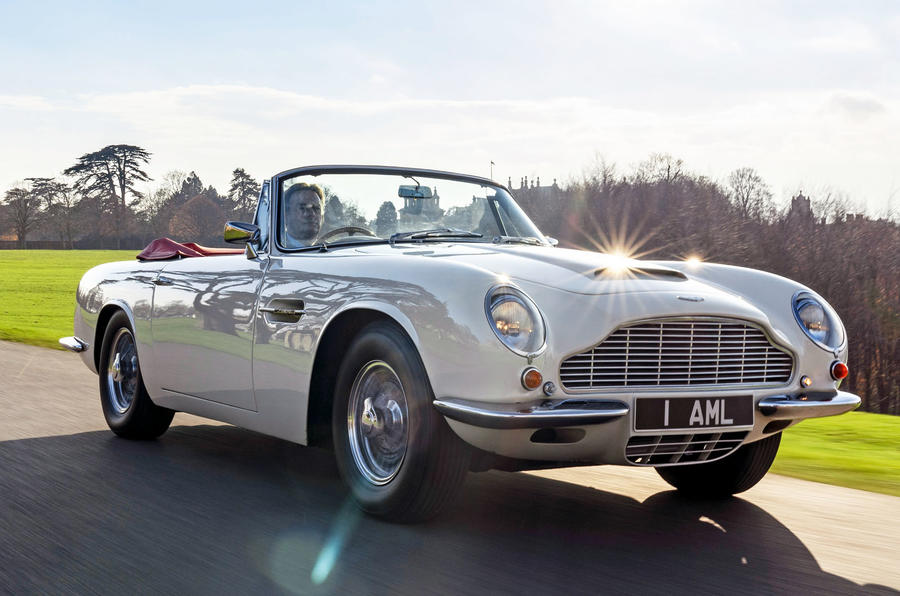 The first car to feature Aston’s EV powertrain is a 1970 DB6 Mk2 Volante, originally handbuilt in the same Newport Pagnell facility where Aston Martin Works is based.

The EV cassette is enclosed in a self-contained cell and mounted on the original engine and gearbox mountings. Power management is via a dedicated screen fitted “discreetly” into the cabin.

The nature of the conversion is such that the car’s original powertrain could be reinstated if required. Aston Martin believes that this offers “owners the reassurance of knowing their car is future-proofed and socially responsible, yet still an authentic Aston Martin.” 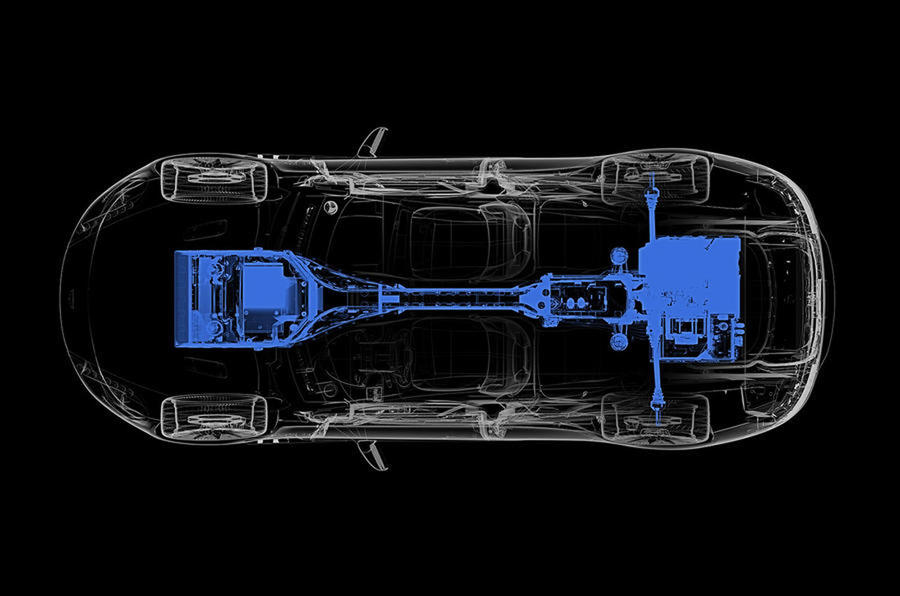 Aston Martin CEO Andy Palmer says that the company is “aware of the environmental and social pressures that threaten to restrict the use of classic cars in the years to come. Our Second Century plan not only encompasses our new and future models, but also protects our treasured heritage.”

Conversion of customer cars will be carried out in-house and is expected to begin in 2019, beating Jaguar’s similarly conceived E-Type Zero to market. No power output or range details have been released.

Aston Martin DB4 GT Continuation models to be built for £1.5m each​

‘Why I bought 24 Aston Martin Lagondas’​

If you consider this socially

If you consider this socially acceptable then why make it reversible? Why not just add a vroom-vroom noise and be done with it?

The idea that using even more of the Earth’s precious resources to electrify an old Aston Martin is ‘green’ is beyond a joke. Just fly less, rich people. Or go vegetarian. This is just for show.

Will this really keep classics legal?  The ban on cars entering certain areas so far is based on age & fuel type according to the "great DVLA database in the sky".  Unless this is a new car and newly registered, surely it will still show up with its original spec and so still be banned?  And of course it would never pass type approval as a new car.  And if there's an exception for classics then why bother going electric?  As scrap said - it's just for show and for people with more money than soul.

How many old Cars , Classic Cars do you see on a regular basis?, do you see more in the Summer for instance?, for all the extra pollution they cause is heavily outweighed by Buses, Planes , Ships to name three who pollute 24/7, we’re going to need more Power Stations in the World because we’re being steered into EV Cars which means if you like ,more pollution producing the power to keep us mobile for a cleaner greener future, I don’t think we’ll ever get rid of pollution, but we can certainly reduce it significantly by doing as much as we can, and having Cars that typically aren’t on the Road every day, month aren’t going to matter.....

With the US giving up on solving climate change - why on earth are we killing ourselves to do so?!

The US alone could take us over the limits to keep warming below 2 dec C - the UK's polution as a whole is relatively insignificant compared to the big boys. Why are we killing ourselves blocking a few classic cars from city centres?!

There is also no joined up thinking on climate - electric cars are net contributors to climate change due to component, and particularly battery, manufacture. Is the government going to mandate owners have to keep their cars for 3 years till the CO2 used to produce them is offset? Unlikely.

The whole "green" vision is a mirage. A great way to increase taxes on fuel burning cars however...

With the US giving up on solving climate change - why on earth are we killing ourselves to do so?!

The US alone could take us over the limits to keep warming below 2 dec C - the UK's polution as a whole is relatively insignificant compared to the big boys. Why are we killing ourselves blocking a few classic cars from city centres?!

There is also no joined up thinking on climate - electric cars are net contributors to climate change due to component, and particularly battery, manufacture. Is the government going to mandate owners have to keep their cars for 3 years till the CO2 used to produce them is offset? Unlikely.

The whole "green" vision is a mirage. A great way to increase taxes on fuel burning cars however...

The idiot in cheif is unlikely to last past the next election. Hopefully, someone more informed will be elected.

New electric cars become used electric cars and will stay on the road for a long time because they are so much more reliable. It is not necessary for any real or perceived environmental disadvantage during manufacture to be compensated for by the first owner.

Sticking in an electric motor

5 December 2018
Sticking in an electric motor is like killing and stuffing a Siberian Tiger to preserve it.

And the green credentials of building the new motor and battery to save a few litres of petrol a year are beyond dubious. It's a version of spending £1 to save 1p.

Just how much oil will this save. If anything this is the opposite of green, whatever that is.

As to  “mitigate any future legislation to restrict the use of classic cars” that's just operation fear, where have I heard that before?

No understanding of classic cars

It's possible that these conversions will fall foul of the DVLA's rules on modifying historic vehicles. At best you lose the free road tax (unlikely to bother the folk that can afford this) but, at worst, they get a Q plate.

I can't help feeling that the people who spend this sort of obscene amount of money on such classic cars have no idea about what makes a classic car a classic. One of the best bits of an Aston Martin, and an E Type, is the engine. Take that out and you might as well stick two seats on a Hoover.

...of a slot in electric powertrain which is self contained and reversible. Whatever the moral, environmental or philosophical arguments one way or another, when these things become economically viable to slot into a cheapish classic like an MGB or an early MX5, they’re going to be a hell of a lot of fun. Better in some ways (faster, cleaner, more reliable) and worse in others (no more noise or gear changes), but just different and hopefully a way of keeping daily driven classics on the road.

Frankly, it amuses me that people get on their high horse about Aston doing this, but not about the massive social inequality and lack of moral judgement attached to anyone spending a million pounds on a car, but maybe that’s a separate issue.

I thought wealthy collectors of cars such as this DB6 prized originality and provenance, with the condition being either ‘as found’, or concours. If the heart of the car is ripped out to make it electric, what effect might this have upon its monetary value? Like tampering with expensive works of art, I wonder what future market there will be to start making such changes to a highly valuable, and probably appreciating, classic car?