BACK TO ALL NEWS
Currently reading: Silverstone start-up Lunaz to electrify British classic cars
UP NEXT
Southern comfort: Bentley Continental on the English Riviera

Lunaz, a new classic car electrification company, has chosen Silverstone as its global headquarters as it prepares to bring its first models to market.

The start-up, led by ex-Renault F1 technical director Jon Hilton, claims it will make “the most beautiful and celebrated cars in history ready for the future”, with a focus on fully electrifying mid-century British luxury and sports cars.

Currently under development are electric versions of the 1961 Rolls-Royce Phantom V, the 1956 Rolls-Royce Cloud and the 1953 Jaguar XK120. At the time of its launch, the latter was the fastest production car in the world.

Each car will be sympathetically restored before electrification, with Lunaz offering a range of one-off paint schemes and interior packages designed by bespoke automotive styling specialists.

The Phantom V, a large eight-seater, is equipped with a 120kWh battery pack, while the lighter Jaguar has an 80kWh unit. All models feature EV-specific functions, such as fast-charging capabilities and regenerative braking, with modern additions such as traction control and cruise control enhancing their usability. 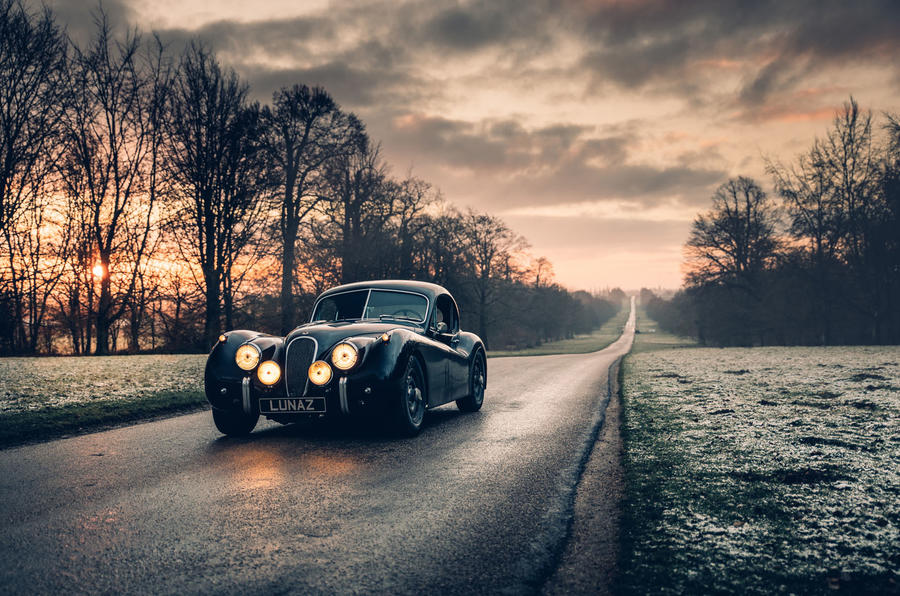 The XK120, powered by a twin-motor setup producing 375bhp and 516lb ft, is said to be undergoing its final stages of testing before it's launched as Lunaz’s first model. Lunaz has confirmed that the entire powertrain is built and assembled in-house but refused to give any more details.

The process of electrifying each vehicle begins with a comprehensive analysis of its shape, weight and intended driving dynamics. The original powertrain and its associated hardware are then removed before the car is 3D-scanned so that Lunaz engineers can use scale models for reference.

The vehicle is then subject to a thorough restoration process that involves taking the paint back to bare metal and rectifying any imperfections by hand. Upon completion, the interior is modernised with the addition of sat-nav, wi-fi and a contemporary infotainment system.

Existing vehicle hardware, including the fuel filler cap, dials and vents, is retained and reconfigured to suit the electric powertrain, but braking, suspension and steering components are uprated to cope with the added power. 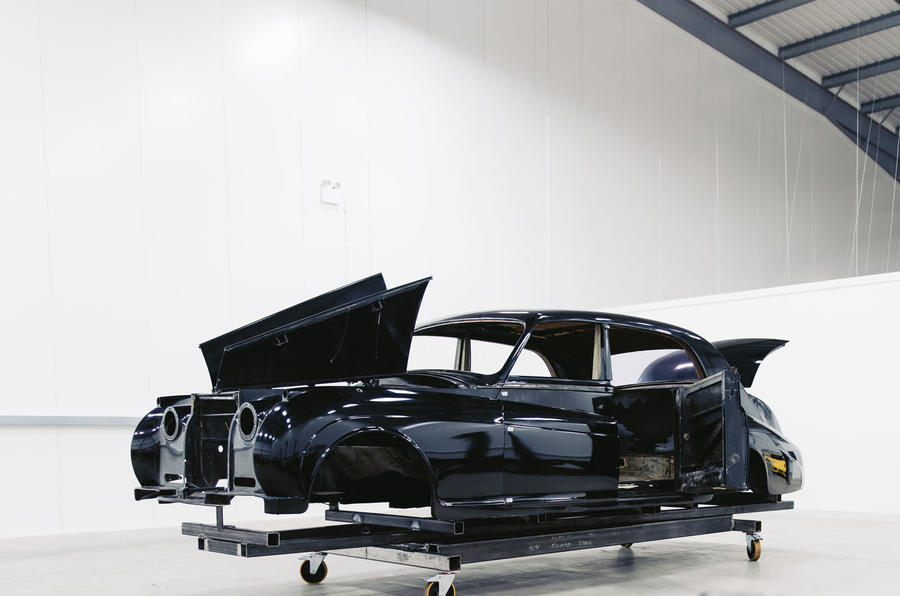 Company founder David Lorenz said: “I wanted a car like a 1953 Jaguar to be my daily driver. Lunaz takes a history we all love and gives it a bright future. We are innovating to create cars that are usable, dynamic and stand as the ultimate drivers’ classics.”

Prices for a Lunaz-converted electrified classic start from £350,000, with order books opening in November. Build slots can be secured only through direct connection with the manufacturer.

Not an original idea

Plenty of European and American companies been at it for years. At least a decade ago I recall a French company converting old Renaults and others to run on lead acids after a bit of resto. Hope not too many are tempted to invest there money on this one.

I seem to recall a few months ago some joker claiming they were making "up to 500" classic Mustangs with an electric powerplant. Of course, the likelihood is they might do five at a push, same here. It's one man's vanity project and he's claiming that he'll do it for others - in some ways an old-school tuning job except....

These old cars don't have a crash structure built to hold huge battery mass in one place, imagine how they would struggle with an MOT or TUV? What about the technology itself, what is their electric powertrain? Last time I looked this is foxing almost every car maker, it's not easy. Then, there's the dynamics - how do you make an old stager's suspension handle the weight, torque and  then there is NVH - imagine the horror of finding your electrically-silent car creaks and groans with aching body and crusty trim. These guys need to give up, it's a fad that needs to stop.

Absolute vandals.  I hope that no-one wants enough of these appalling creations that the company goes bankrupt.

There is nothing "saving the planet" about this.  The amount of emissions created to make the powertrains will more than cover the annual milage of this sort of car several times over.  I also wouldn't mind betting that the same people who want this sort of car to give a "green" image live in older houses that are mega inefficient and create far more pollution than the car ever would.