Blizzard Motors will make 15 examples of the retro-inspired roadster, based on discarded designs from the 1950s
Open gallery
Close

Coventry-based firm Blizzard is launching a two-seater sports car based on a Bentley model that was designed in 1950, but never made.

Detailed in a brochure published by then-chief projects engineer, Ivan Evernden, the Bentley Blizzard, after which the new company is named, was envisioned as a lightweight convertible to rival the Jaguar XK120, at the time the fastest production road car in the world.

The only physical evidence of the model’s conception are two preliminary sketches by designer Cecily Jenner, showing a long and low two-seater with Bentley’s trademark chrome grille and round headlamps. 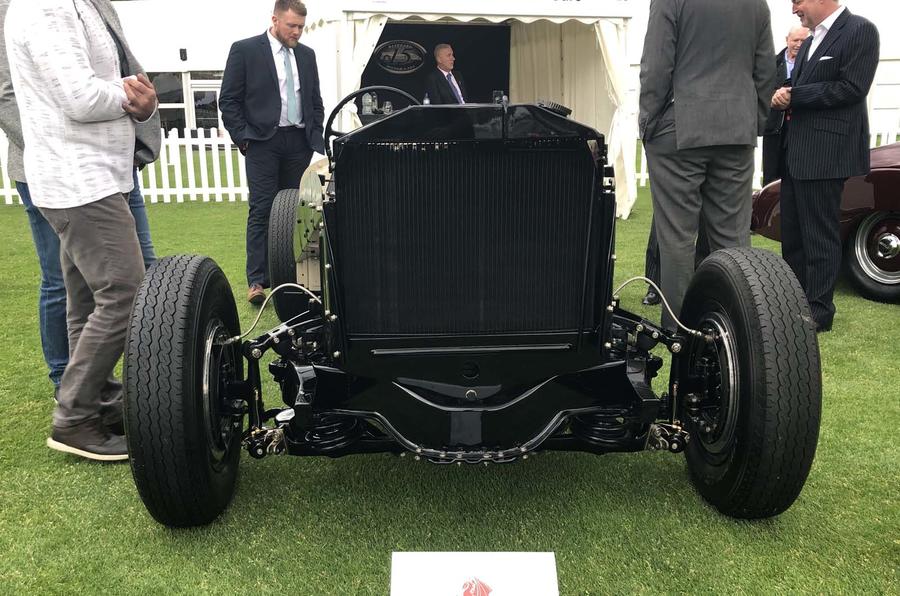 It was to be built on a modified version of the Bentley MkVIII’s chassis, but plans for the sports car’s production were halted by company management, who saw a more viable future in luxury saloons such as the original Continental.

Despite the lack of detailed plans and technical data, Coventry-based Blizzard Motor Cars is building 15 examples of the forgotten sports car to meet modern safety regulations and stringent concours standards. Bentley is aware of the project.

The company was founded in 2015 by Stephen Pearson and son Christopher, of race engine manufacturer Chesman Motorsport, and Rolls-Royce and Bentley specialist Jeremy Padgett. 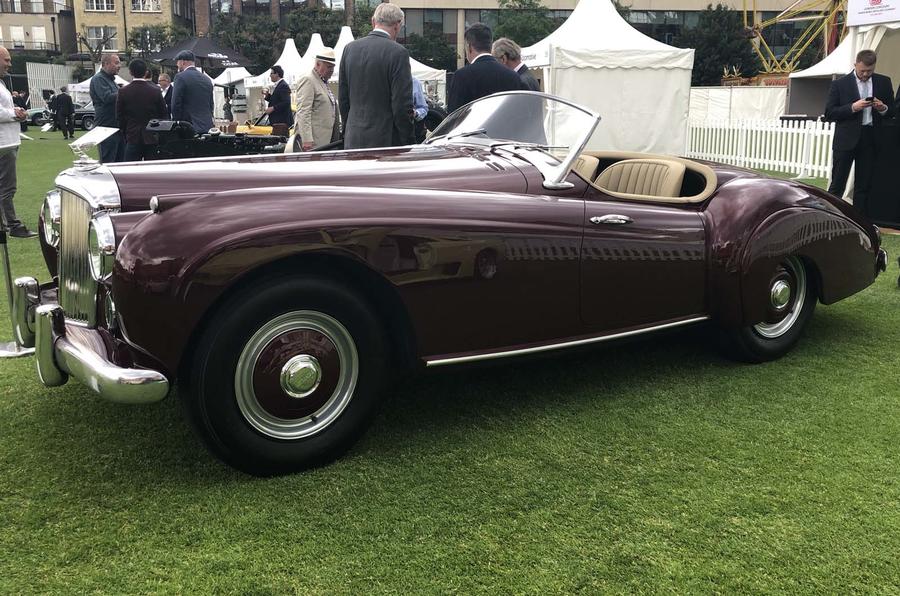 Power is fed through a standard Bentley four-speed or optional synchromesh-equipped five-speed gearbox, with a modern hydraulic clutch fitted to improve reliability and allow for quicker shifting.

Blizzard says engine development was aided by Bentley’s Experimental Department, which made an array of technical drawings and reports available for the project.

Performance statistics are yet to be confirmed but a company spokesperson said that, because the Blizzard weighs a third less than the Continental on which it is based, and packs 20 more bhp, it would be likely to beat that model’s estimated 12.9sec 0-62mph time and 115mph top speed.

Modernisation has also taken place underneath, where the Bentley MKIV-derived steering and suspension set-up has been upgraded to better match today’s handling standards. Disc brakes, however, are absent, with large polished drum units sitting behind 16in wheels wrapped in narrow radial tyres.

Inside, period-correct and made-to-order Smiths instruments are set into a walnut-trimmed dashboard as standard, or finished according to the customer’s desires. The same personalisation is available with the seats, which are finished in Connolly leather unless otherwise specified.

Production is carried out on a made-to-order basis, and will be ‘first come, first served’, with the company committed to building just 15 units.

The company displayed two models in London, one of which is the first completed model, and the other an unfinished example adapted from a neglected farm vehicle found in California.

With parts manufacturing carried out by Blizzard’s 18 in-house staff, and final assembly taking place in Lincolnshire, the company is independent of overseas suppliers. “We wanted everything British-made”, said co-founder Christopher Pearson.

Another priority was longevity, with the engine modified and tuned to encourage regular use. With the tooling to ensure that each model is exactly alike, Blizzard is able to quickly and easily reproduce any damaged or worn parts.

Asked if electrification had been considered for the Blizzard, in the same vein as Aston Martin’s electric DB6 and the Swind-e Mini, Pearson said that as “petrolheads”, the Blizzard team was keen to preserve the noise and feel of an authentic classic car.

Blizzard claims to have several customers interested in the 15 cars, which are priced from £750,000. To avoid de-valuing each example, any future projects will take an entirely different form.

With seven donor vehicles already acquired, Blizzard says it has enough parts to last two to three years. Production timeframes are not exact, with bodywork fitment only taking place upon completion of each chassis.

Despite the relative prevalence of post-war Bentley’s available on the classic car market, Blizzard aims to modify only vehicles that would otherwise be scrapped or abandoned.

I can see why Bentley didn't

I can see why Bentley didn't produce its "lightweight convertible to rival the Jaguar XK120" - it looks just like an XK120, with a Bentley tombstone-style rad'/grille grafted onto the front end. It seems copyright abuse was alive and well in the 1950s :-/

That is stunning.  Proportions appear spot on from the photos and it looks wonderfully finished.

If anyone's listening, I am still waiting for that lottery win.

Shades of a Mallalieu Bentley, many examples of which still exist. A far better car. If you ever visit Barbados visit the motor museum of Bill Mallalieu near Bridgetown where he has not only one of his family Bentleys hut also a number of very interesting cars. Get the personal tour and he is a wonderful host.