Between 1951 and 1955, the Scottish race team used seven C-Types to pick up 59 podium places, including wins at the National Thruxton and Zandvoort International. Now Ecurie Ecosse will honour this success with the creation of a modern sibling car for each original racer.

Ecurie Ecosse patron Alasdair McCaig said: “How better to celebrate the historic success of the Ecurie Ecosse C-Types than to manufacture a batch of cars in their honour?”

The continuation models are to be near-identical to the 1950s cars. Hand-built in Coventry like the originals, the new C-Types retain a thin-gauge aluminium body echoing the 1950s Malcolm Sayers design.

Maintaining the historic detail, the new models also ape the originals’ steel spaceframe chassis, although these are widened and made stiffer. Finishing the look, the continuation cars are painted in Ecurie Ecosse’s iconic blue and white racing livery, including hand-airbrushed Ecurie Ecosse shields. 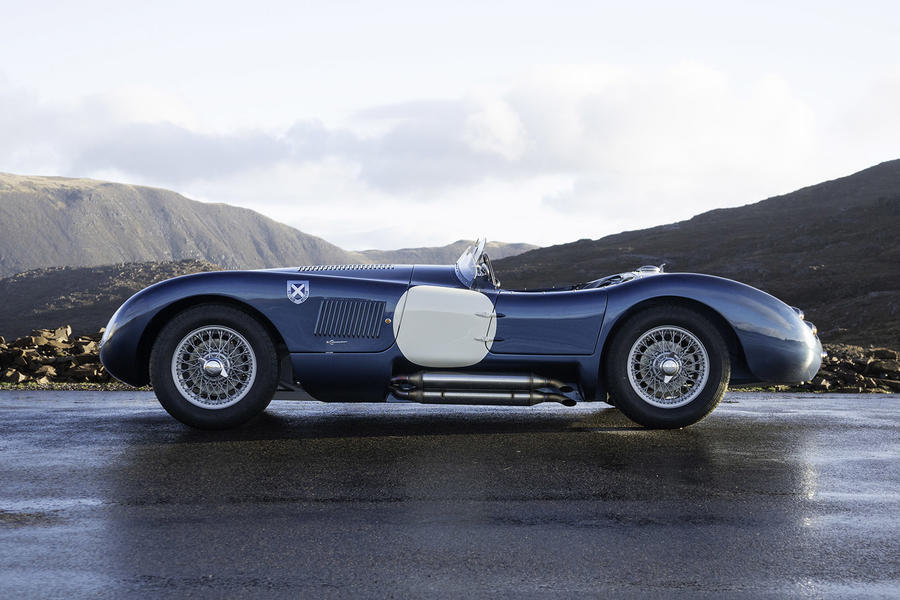 The accuracy extends to the new models’ interiors. Here, the bucket seats are hand-crafted from aluminium and covered in blue leather. In a modern touch, Ecurie Ecosse has added Tag Heuer ‘Master Time’ stopwatches to the dashboard.

The C-Types are powered by an uprated version of the Jaguar’s original straight-six XK engine, which is capable of producing 300bhp due to an increased 4.2-litre capacity and fuel injection. Power is transmitted to the rear wheels via a five-speed manual transmission that, although not strictly historically accurate, is claimed to maximise the C-Type’s power and speed.

Further enhancing performance, the suspension and disc brakes have also been tweaked. With these changes, the modern cars can manage a top speed of 156mph and dispatch 0-60mph in 5.2sec, according to Ecurie Ecosse.

The first C-Type continuation is complete and can be viewed and driven at Ecurie Ecosse’s Henley-on-Thames dealership, Hofmann’s. Each car is priced at £430,000, plus VAT.

In 2015, a C-Type that won Ecurie Ecosse eight victories in 1954 was sold at auction for £8.4 million, becoming the most expensive British car ever auctioned at that point.

The article writes about accuracy and maintaining historical detail, but it has a wider body, a 4.2 litre engine, fuel injection and a 5 speed.  Hmm, I suspect a decent Proteus will cost less and may well provide a closer approximation to the real thing. The Ecosse may be faster, but it's still likely to be blown away by any number of modern cars. It's a choice, but bring the cheque book.