BACK TO ALL NEWS
Currently reading: Citroen C4 Spacetourer MPVs priced from £21,125
UP NEXT
Alfa Romeo to show new sports car in early 2023

Citroën's Citroen C4 MPV models have been updated and renamed for 2018, with sales now open and prices starting at £21,125.

That entry price is for the five-seater, which is now called the C4 Spacetourer (and pictured above and below). Its seven-seat sibling, the Grand C4 Spacetourer (pictured bottom), starts at £23,425.

A spokesman told Autocar that the updated pair ditch the Picasso name - which had adorned their predecessors since the C4 MPV was born in 2006 - to align more closely with Citroën's largest people-carrier, the nine-seat Spacetourer.

Along with the new names, the C4 MPVs, which are both built on the PSA Group's EMP2 platform, gain extra safety equipment, including a Safety Pack that adds driver attention alert, speed sign recognition and recommendation, as well as active safety brake technology. 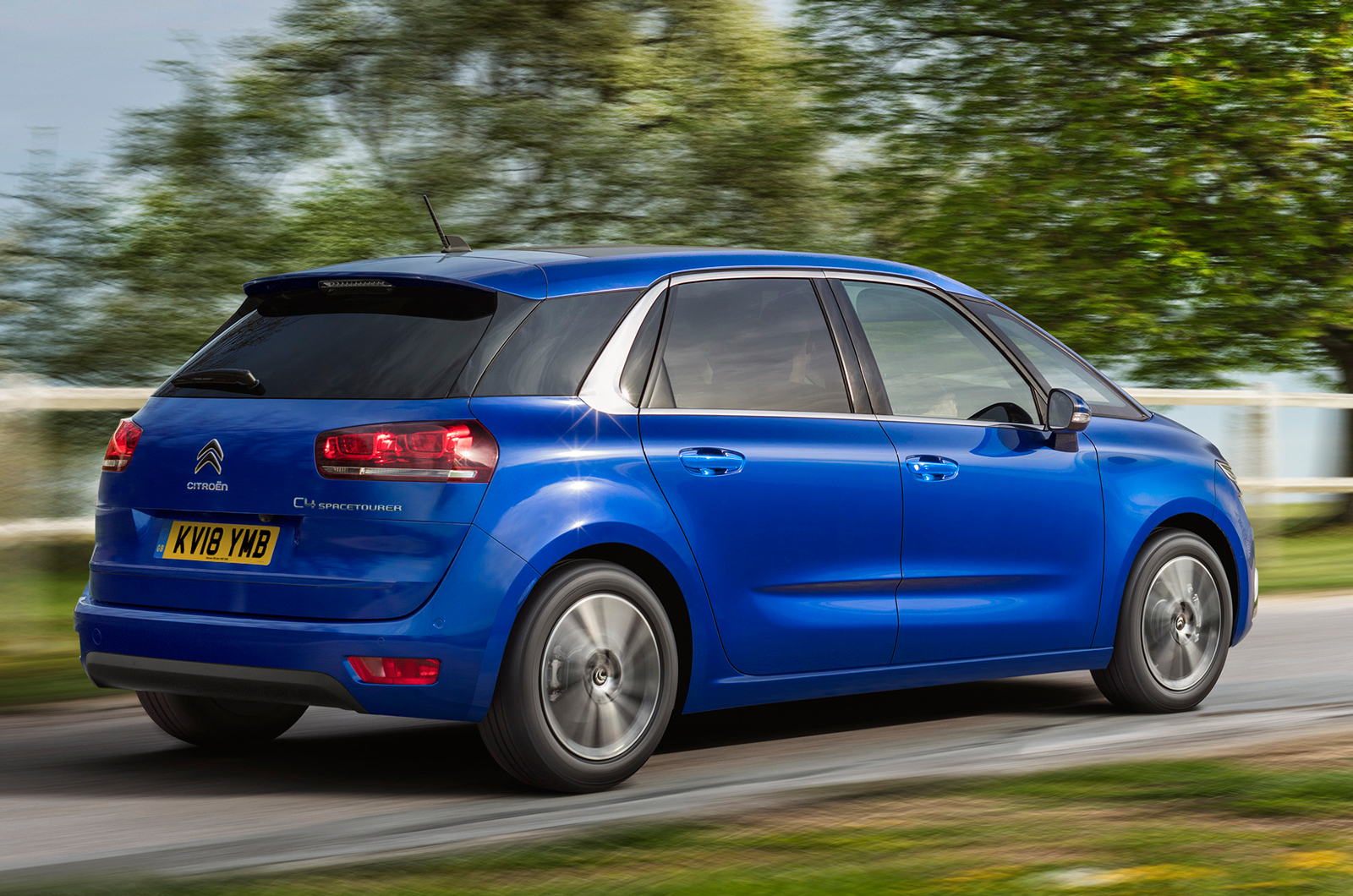 The engine line-up will gain a BlueHDi 160 diesel unit with stop/start technology and will be paired with an eight-speed automatic gearbox. Pricing for cars with that powertrain will start from £27,550 when they arrive in showrooms on 1 June.

That option will overtake the BlueHDi 150 diesel, which comes with a six-speed manual or automatic with the same number of cogs, to be the new top diesel powerplant.

Buyers can also choose from three and four-cylinder turbocharged petrol engines offering up to 163bhp.

The C4 MPV models have bucked industry trends, with sales remaining strong, despite a downturn in demand in the segment. Citroën sold 99,254 C4 Picassos and Grand C4 Picassos in Europe last year, although that's 7013 fewer than in 2016. 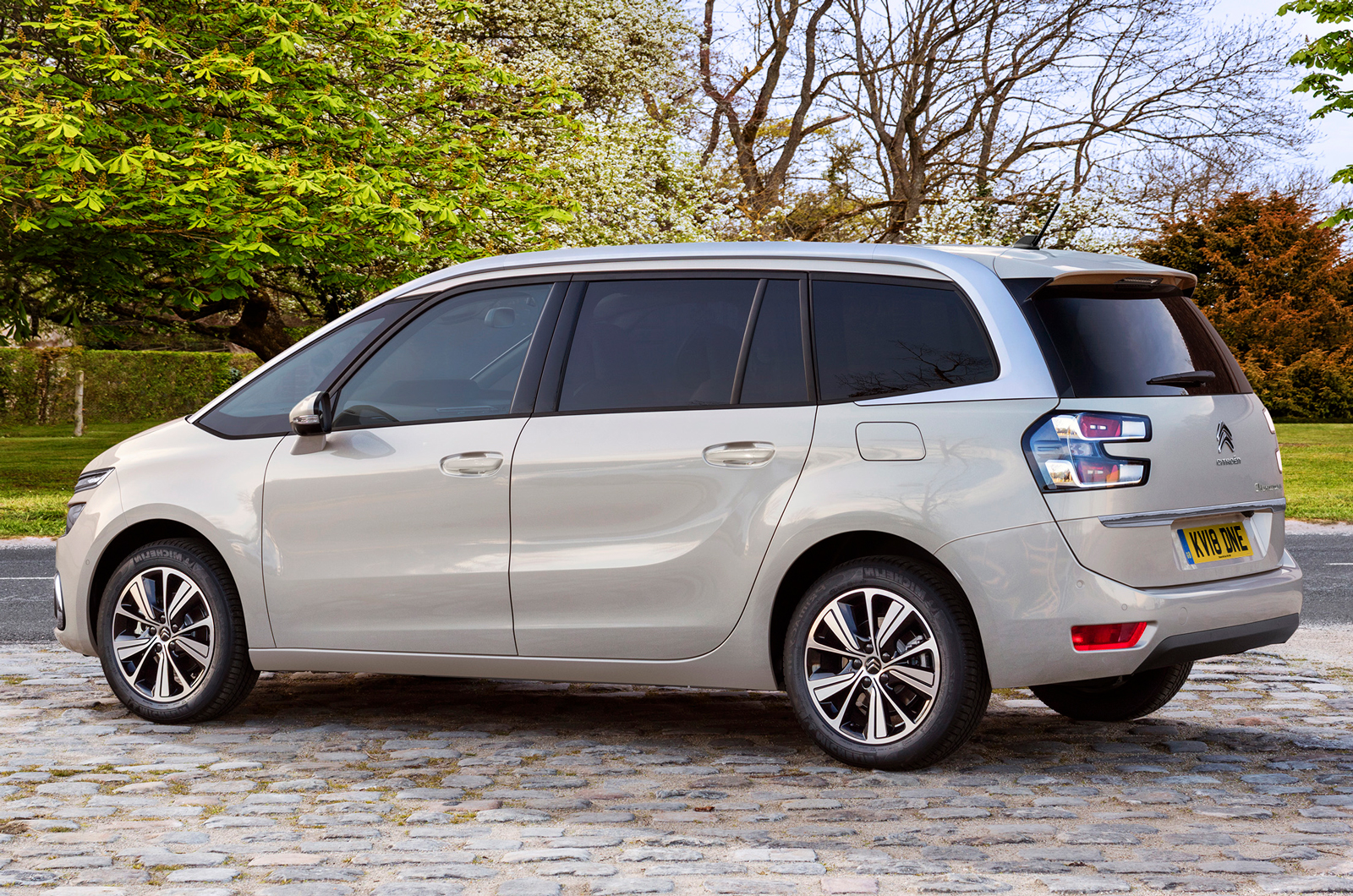 The nine-seat Spacetourer, which was been in production since 2016, falls into a more niche segment and its sales reflect that. Citroën sold 8837 units in 2017, but demand for the model was highest at the end of the year, suggesting that figure could drastically improve in 2018.

While Citroën’s European sales have remained strong, the brand has been struggling in China, where its sales were down 47.3% in 2017 amid a slowing economy. Brand boss Linda Jackson told Autocar earlier this year that, excluding China, Citroën's sales rose by 7.5% in 2017.

Citroën’s smallest people-carrier, the Berlingo Multispace, was replaced with a new version that made its public debut at the Geneva motor show. The model, which is also built on the EMP2 platform, has inherited the brand’s latest design language.

@Carz99 I've got one of these in the family and it's excellent. Nothing has fallen off, it's smooth and quiet, really economical and it's incredibly easy to fold out and access the 3rd row of seats.

For a car of this type I can't think of anything that offers a better range of skills. It looks great for a van as well...

Totally agree. These are far better for most families - decent rear seat room, no high boot floor because of 4x4 drive train that is rarely needed. And spectacular VFM!

Stick with american all the

Stick with american all the way

Stick with american all the way

Yeah...and stop off at every fuel station to fill ur tank

those americans are killing planet earth with their car fumes

at least the cars are

at least the cars are decently built, and can actually kick some a.