The Fiesta is just one of the winners in this year's Britain's Best Car Awards - see the full list here.

Along with the Mazda MX-5, the little Ford Fiesta is one of the oldest cars in this year’s inaugural crop of Best Cars award winners. And even though its 2017 launch now feels like a lifetime ago, age has done nothing to diminish the appeal of the Blue Oval’s ubiquitous supermini.

Although a slightly more reserved, mature design language was employed for this seventh-generation Fiesta, Ford made damn sure that it retained the lively, up-and-at-’em sense of dynamic character that has, for a long while now, marked out the Fiesta in a crowded field. Numerous rivals – some of which are considerably newer – have seriously threatened the Fiesta’s position as our standout driver’s supermini over the years, but none has been entirely successful thus far.

The fifth-generation Renault Clio arguably came closest, but even with its new-found sense of focus, the French car couldn’t quite knock the Fiesta from its perch. The Volkswagen Polo, meanwhile, may be the more adept all-rounder but, next to the effervescent Fiesta, its comparatively staid and serious demeanour remains something of a sticking point.

You see, a great supermini needs to do more than just put its head down and crack on with the job of getting you from A to B. There also needs to be a healthy dose of visual flare, an enthusiastic engine, abundant dynamic charm and a distinct sense of mechanical sophistication about its primary controls that makes them a pleasure to interact with on a daily basis – even at a relatively basic level of operation. The Fiesta, funnily enough, covers all of these bases pretty comprehensively. 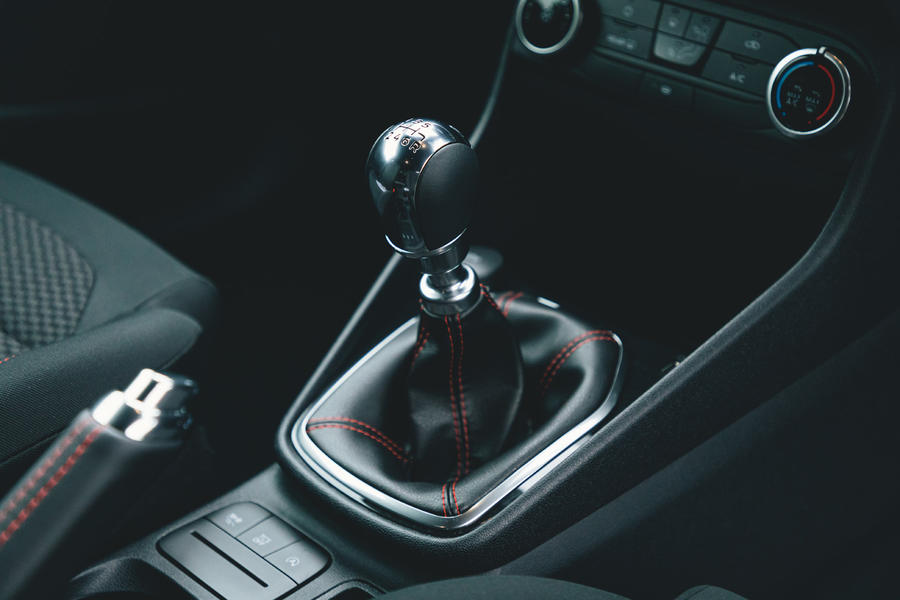 Sure, its styling isn’t quite as immediately eye-catching as that of the sixth-generation Fiesta. Its surfaces are smoother and more rounded, its overall look less cartoonish than the car that came before it. But there’s still enough pep about its design to enable it to keep pace with the likes of the decidedly chic Clio and the overtly athletic-looking Seat Ibiza. In the sportier ST-Line and ST-Line X trims, the Fiesta looks particularly dashing.

Meanwhile, the 1.0-litre Ecoboost turbo petrols that make up the bulk of the Fiesta’s engine line-up are among the most ebullient in the class. These three-cylinder powerplants not only provide decent punch but also produce a suitably rorty soundtrack, are willing to chase revs and, crucially, can be paired with Ford’s slick six-speed manual gearbox.

Then, of course, there’s the way the Fiesta drives. Quick, direct steering and a chassis set up to be responsive and agile mean even the most humble models can deliver light-hearted, engaging handling thrills at the drop of a hat – even at low speeds.

Other superminis may provide more in the way of badge prestige, ride comfort and premium appeal, but there are very few that nail the basic tenets of driving fun quite as decisively as the Fiesta.

When people ask what the best car in the world is, they’re expecting the answer to include the words Rolls-Royce, Ferrari or Bugatti. But I will always make a case for something like the Ford Fiesta.

It’s an answer that bores people to tears, obviously, but it’s true. The development costs are astronomical but the profits are tiny, yet Ford still takes the time to make it fun to drive. It’s a wonder they make any money. Or, more likely, unsurprising when they don’t.