The first of Land Rover's compact SUV models could arrive in 2021, which would revive the spirit of the original Freelander
Open gallery
Close

Land Rover is readying a raft of new models over the next four years that will take it into new sectors and will culminate in the launch of a model that revives the spirit of the original Freelander.

The diverse new cars, which also include a £250,000 Range Rover coupé, a Defender pick-up truck and a more car-like Range Rover, will cash in on the booming growth of premium 4x4s, with the aim of elevating Land Rover sales and profits to new heights.

Most crucial to the growth targets are new entry-level models. Inspiring these plans is the success of the original Freelander, which invented the idea of a soft-roader when it was launched in 1997 and became a best-seller in Europe.

Opinion: a plethora of new models is just what Land Rover needs

Land Rover is keen to do this again, this time with models that are even smaller than the Freelander Mk1. 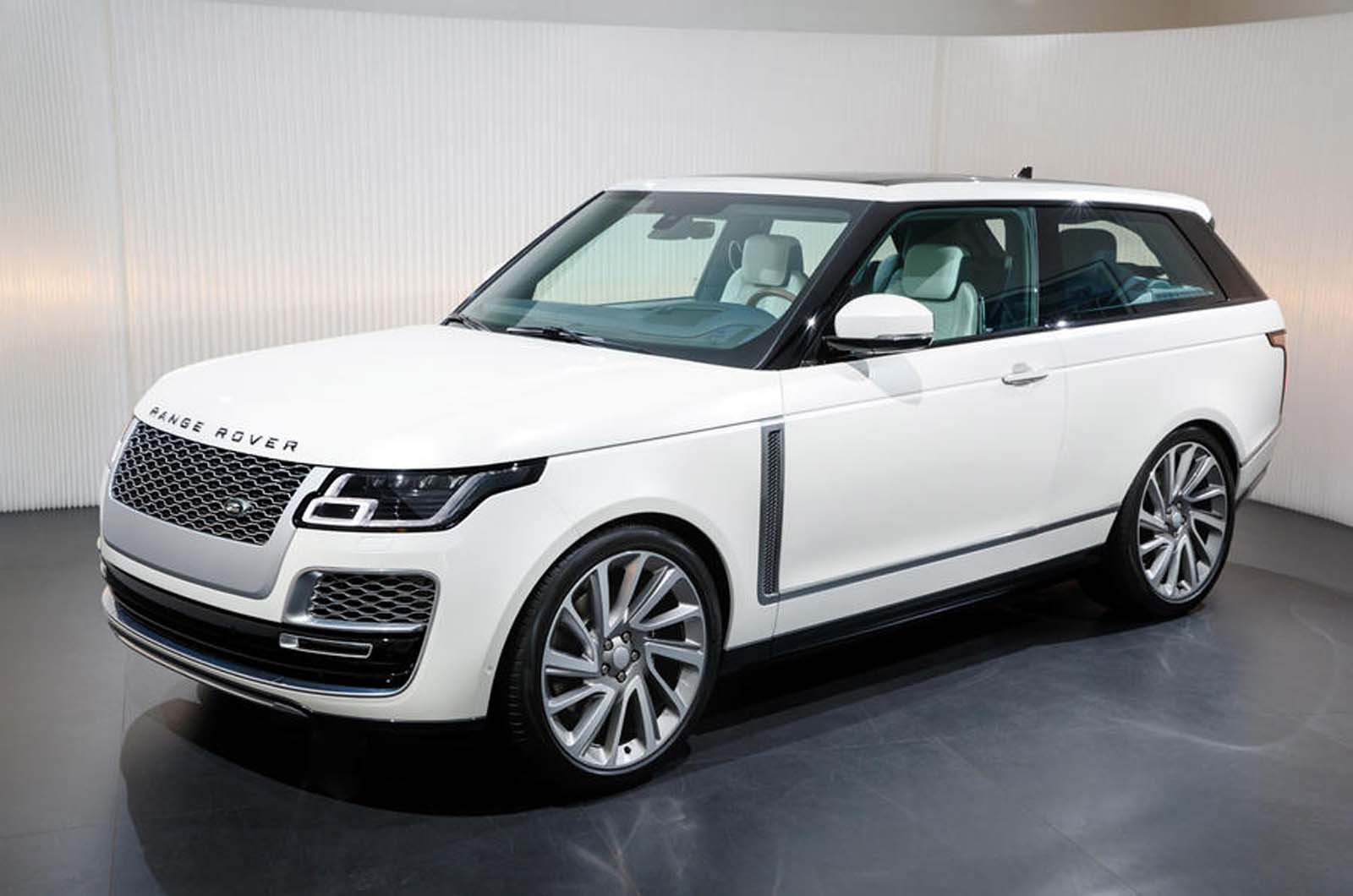 The first of these small models, which will be around 4.2 metres in length, could arrive in 2021, although debate is ongoing about which of Land Rover’s three model strands – leisure (as typified by the Discovery Sport), luxury (Range Rover) or utility (the next Defender) – it will join. The company is considering adding a baby SUV for each of these ranges in the long term.

Autocar understands that a smaller vehicle to sit below the Discovery Sport in the ‘leisure’ range has the greatest appeal within Land Rover, particularly as it would fill an obvious gap in the company’s line-up andwould compete in a segment where it has plenty of history with the Freelander. When the Discovery Sport replaced the Freelander in 2014, the model grew in size and went more upmarket, leaving space in the range for an affordable offering beneath it.

At the time, Land Rover officials told Autocar that the Freelander name had not necessarily been permanently retired. The badge could be ripe for a return on the new small SUV, although Land Rover is wary of adding yet another model name to its range at a time when only the Range Rover strand of its line-up has been firmly established globally, through fears that it could confuse potential buyers.

Worldwide sales of compact SUVs hit 4.92 million in 2016, up 28% from the previous year, according to market analyst Jato. It is one of the fastest-growing segments of the car market, and one in which it is important for Land Rover to have a presence, not only to grow overall sales but also to introduce younger, less affluent buyers to the brand in the hope that they can be retained and buy more expensive models as their families and salaries grow.

Audi pursues a similar strategy with its ‘Q’ range, starting with the Q2, and the latter will be a notable rival for the baby Land Rover. Other rivals will be the Jeep Renegade and the Mini Countryman. The Q2 is now Audi’s biggest-selling SUV in Europe, having overtaken the Q5, proving how worthwhile a presence in this sector would be for Land Rover. 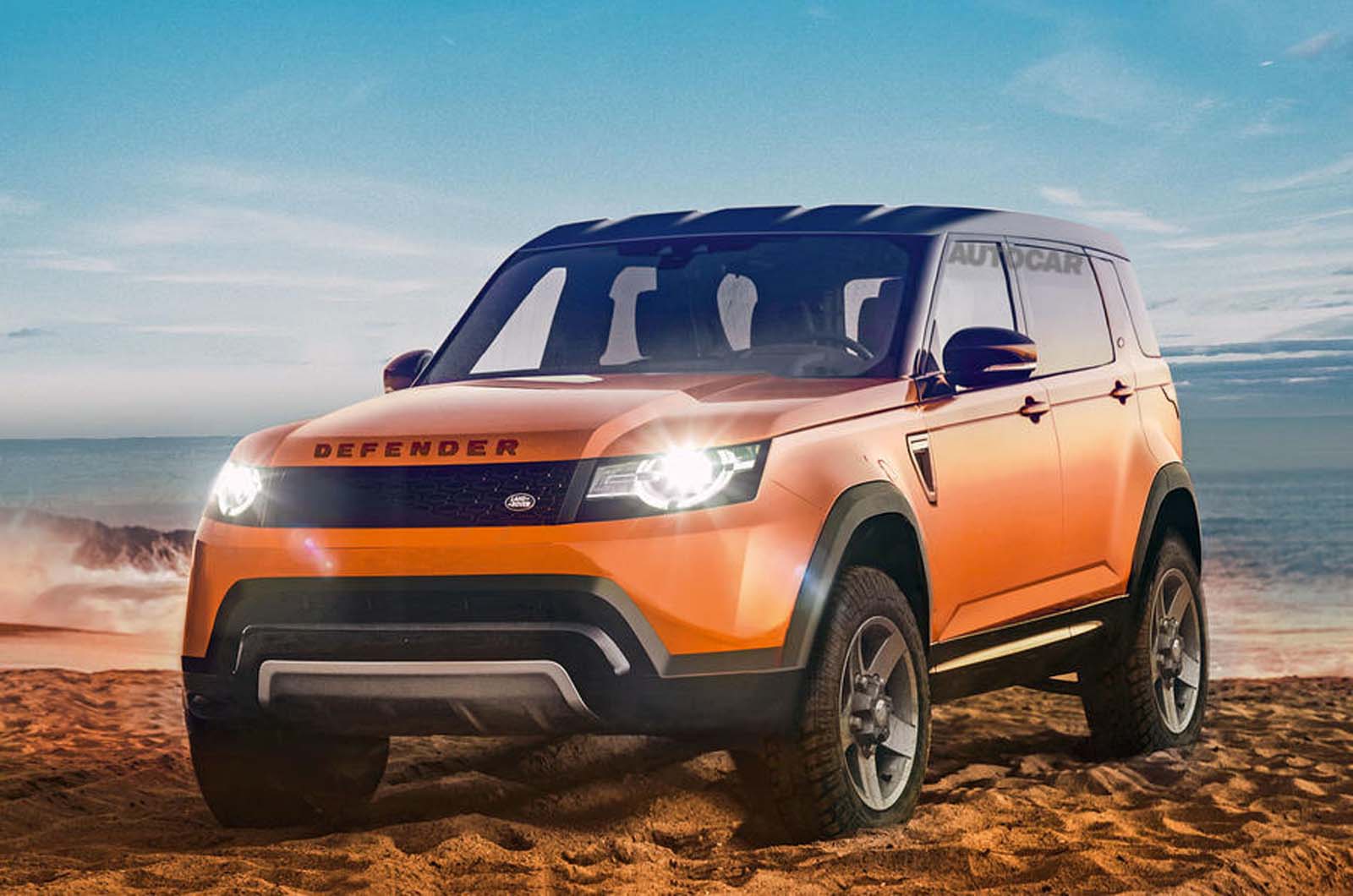 Autocar originally reported plans for Land Rover’s baby SUVs in December 2014, when prototypes were under review in internal product meetings. The plans are progressing again, having been shelved and revived at least twice in the past due to concerns over the profit margins of small cars. These concerns haven’t gone away for Land Rover, but it is buoyed by the continued growth of the segment, and the success of the Q2 in particular, although the small SUV has yet to receive final sign-off from the company’s top brass.

Another potential model in the range could be a small Range Rover, which Land Rover would expect to either match or outstrip the sales success of the Evoque. Currently, the latter accounts for about one in four Land Rover models sold. The manufacturer has traditionally used Range Rover to spearhead its move into new market segments, and will do so again in 2019 with a more car-like electric crossover model that will be twinned with the next Jaguar XJ.

Counting against a baby Range Rover being the first small Jaguar Land Rover (JLR) product to market, however, is concern that the car’s price and positioning could lead to it eating into Evoque sales, and thus it’s considered the least likely to make production initially.

A compact Defender is said to be the favourite among some company bosses to make production first. That’s because Land Rover has long talked about building a family of Defenders – although the first Defender models will be spun off an entirely different platform to the one proposed for use under the small Land Rovers and Range Rovers.

Whether Land Rover ends up with one, two or three small models in its line-ups, each will likely be based on a smaller platform, understood to be codenamed ‘D10’.

This is a slightly shortened, re-engineered and cheaper version of the D8 architecture on which the Discovery Sport, Range Rover Evoque and Jaguar E-Pace are built.

Given the entry-level positioning of the new models, it is crucial for Land Rover to adapt an existing platform, rather than build a costly bespoke architecture, in order to keep costs down and justify the business case.

If the Defender version of the new small SUV was given the go-ahead, it would mean that the car’s range would use two platforms: a toughened-up version of the D7u – also used under the Range Rover, Range Rover Sport and Discovery – for the initial Defender range due to be revealed later this year and the D10 underpinnings for the smaller car.

The Land Rovers will most likely be made at the firm’s new plant in Slovakia, which will also start building the Discovery later this year. The JLR plants in the UK are close to full capacity and the company will want to keep production in Europe, given that this is where most of its baby SUVs would be sold. Slovakia has significantly lower labour rates than the UK, helping to keep costs down. Having smaller, lighter and more efficient cars in the model range will also contribute to a significant reduction in Land Rover’s overall fleet CO2 emissions, something that is fundamental to meet strict future environmental targets.

Addressing this remains one of the other key factors in determining how quickly Land Rover can bring any of its new compact models to market.

A baby LR gets my vote. BUT

A baby LR gets my vote. BUT it definitely has to look different from the other LR clones, be affordable, and smaller than the land whales that infest my part of the Cotswolds.

ALL thats ALL agency staff

ALL thats ALL agency staff were never on a permanent contract, end of, they were ONLY EVER to cover the changes in plant and thats all done now, with all the five UK production bases at near to capacity, which is a fact, then thats why they have built plants all over the world, the Ingenium range of engines meets and exceeds all known current and upcoming criterior, for those that say the opposite, the XE, XF and F-Type are all in profit, as are all the Land Rover products, along with E and F-Pace, the only model thats not making large profits is the XJ, but that will change with the next generation version.It is a shame that the usual moaners have to put everything down they are doing, instead of congratulating them on continued sales, new models, more staff than at any point in history, and making significant profits too, that some companies far bigger can only dream about.But the Hey Ho, there are those that just love to moan and groan

ALL thats ALL agency staff...why they have built plants all over the world...XE, XF and F-Type are all in profit, as are all the Land Rover products, along with E and F-Pace...

And the 350-ish EMPLOYEES that have been redeployed? Yes, new plants, bringing on additional capacity just as the market is likely to be peaking. What do you define as 'in profit', because as JLR's volumes and revenues were increasing their margins have been falling, i.e less profitibility. That's not a good thing because it means costs have been increasing too much and will be exacerabated by any fall in volumes/revenues.

ALL thats ALL agency staff were never on a permanent contract, end of, they were ONLY EVER to cover the changes in plant and thats all done now, with all the five UK production bases at near to capacity, which is a fact, then thats why they have built plants all over the world, the Ingenium range of engines meets and exceeds all known current and upcoming criterior, for those that say the opposite, the XE, XF and F-Type are all in profit, as are all the Land Rover products, along with E and F-Pace, the only model thats not making large profits is the XJ, but that will change with the next generation version.It is a shame that the usual moaners have to put everything down they are doing, instead of congratulating them on continued sales, new models, more staff than at any point in history, and making significant profits too, that some companies far bigger can only dream about.But the Hey Ho, there are those that just love to moan and groan

But what this issue has shown is how exposed JLR's model range is to changing markets.  The smallest shift from diesel power has created a very unwanted situation.  Had they fed the huge profit margins they make directly back into the company much earlier, blostered existing model lines by introducing a more varied model line up into their non SUV products they may have had models available to shift existing and potential customers towards, models that were more suited to petrol power.  The Ingenium project has also not been too sucessful being undeveloped at time of release, the catch time that has been needed to finish development has pulled engineering labour off the development of the non inline four versions, further delaying their release.  They have at least managed to fit in the IPace, although with fully electrified models still taking up a tiny volume in the market, particulalry the in UK, this model is not, and will not be enough to fill the decreasing production volume from the loss of diesel sales.  In all the situation is recoverable, but what we will see, is this being used as a further excuse by JLR to slowly pull production from the UK to lower cost base countires.

Did the old freelander have "any original spirit", to be revived?"