BACK TO ALL NEWS
Currently reading: Limited-run £240k Range Rover SV Coupé revealed
UP NEXT
Drawing fire: We talk to BMW's design director

There will be 999 units of the two-door coupé, which has only two carryovers from a standard Range Rover
Share
Open gallery
Close
Share story

The new Range Rover SV Coupé means Land Rover can compete more directly than ever before with a plethora of luxury SUVs, including the Bentley Bentayga, Lamborghini Urus and forthcoming Rolls-Royce Cullinan.

The two-door SV Coupé will start from £240,000. Land Rover’s most expensive model to date has been the SVAutobiography LWB, priced from £177,030.

Although Range Rover models have an SUV heritage that its new rivals lack, this is the first time that Land Rover has been able to offer a car at the same exclusive, high-end level.

Like the SVAutobiography, the SV Coupé falls under Jaguar Land Rover’s Special Vehicle Operations division, which has been ramping up its activities over the past couple of years.

Opinion: Why the Range Rover SV Coupé can justify its stratospheric price

The SV Coupé differs in that it is a so-called Collector’s Edition, in a similar vein to the 2017 Jaguar XE SV Project 8 and 2014 F-Type Project 7. The SV Coupé is limited to a production run of 999 units and the first deliveries are due this autumn. 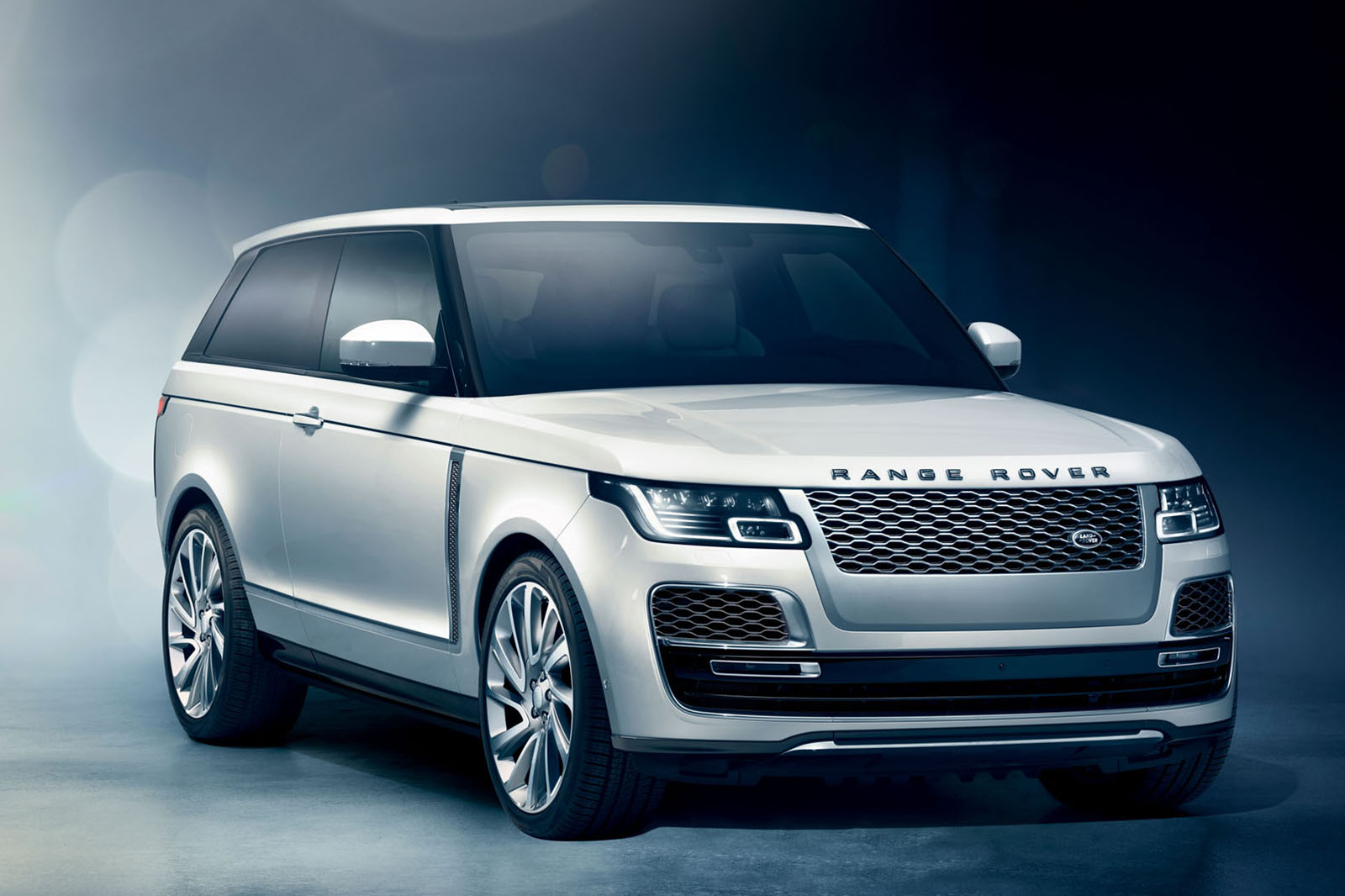 It is the first model to be built from the ground up at SVO’s Technical Centre in Coventry. While the Project 8 starts with a standard XE body and is then modified, SVO has created a unique body the SV Coupé. It uses the platform of a standard Range Rover with minor modifications and builds its own bodyshell on to that.

The only remaining parts from a standard Range Rover are the bonnet and the lower half of the tailgate.

The two-door SV Coupé has very similar dimensions to a standard four-door Range Rover. The car is 8mm lower and 13mm longer. It is also offered with 23in wheels, a first for Land Rover. 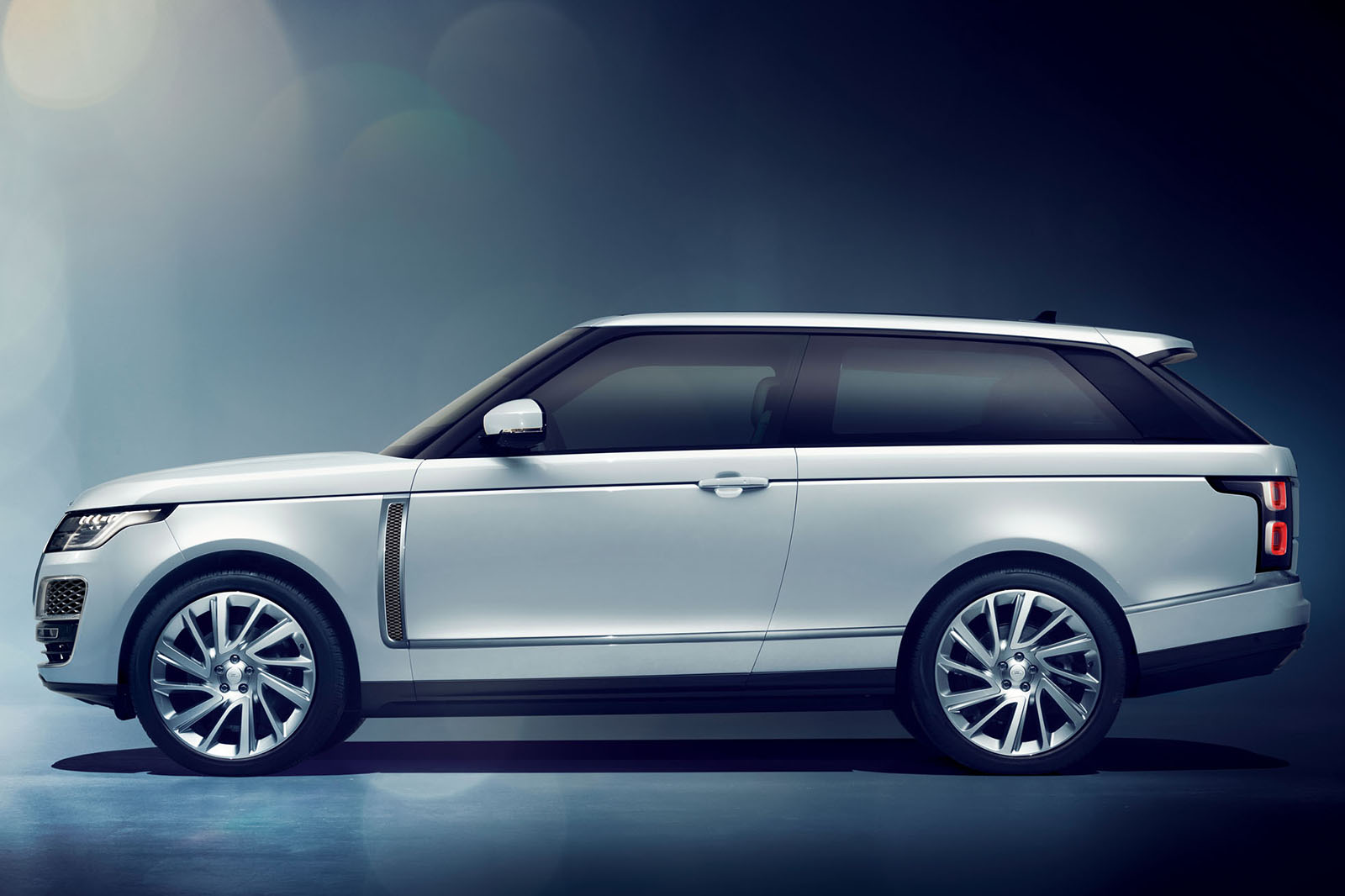 Land Rover design director Gerry McGovern described the model as a “lady or gentleman’s chariot”. He said: “It has compelling proportions and real presence. This isn’t a vehicle for the shy. It is a very sophisticated design.”

He said he had tried to create a balance of “performance prowess” and formality.

Although the SV Coupé is a nod to the first Range Rover, the two-door Series 1, it wasn’t the reason for the car’s creation. “It pays homage but we weren’t trying to replicate that vehicle,” said McGovern. 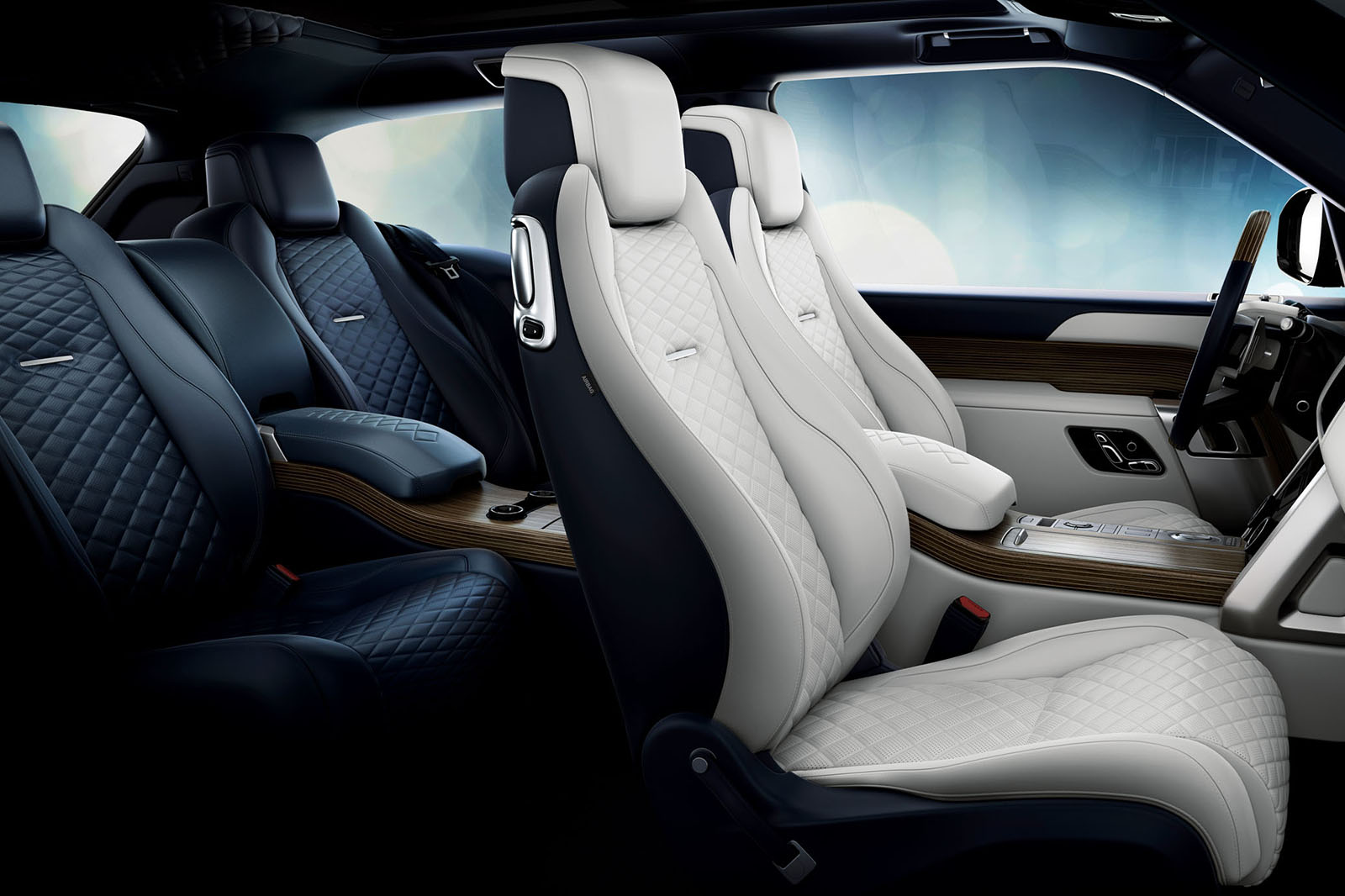 The optional two-tone seats – the rear seats are a darker leather and the front ones are lighter – are intended to highlight the model’s driver focus. “Chauffeurs who drive the Queen have the seat colours the other way round [dark in the front, light in the rear],” said McGovern. “This way makes it far more road-oriented.”

He also said the model “talks to exclusivity” and will have “a very good halo effect on Range Rover in terms of building its equity”.

When asked whether a standard Range Rover coupé could ever make production, he said: “It depends on what volume potential is there. Coupés generally don’t have a high uptake. For the same price, you can get a car with four doors, so it’s a practicality issue. So as a mainstream vehicle, I don’t know. You could argue a Velar coupé would look great. But we know the volume doesn’t normally justify it.” 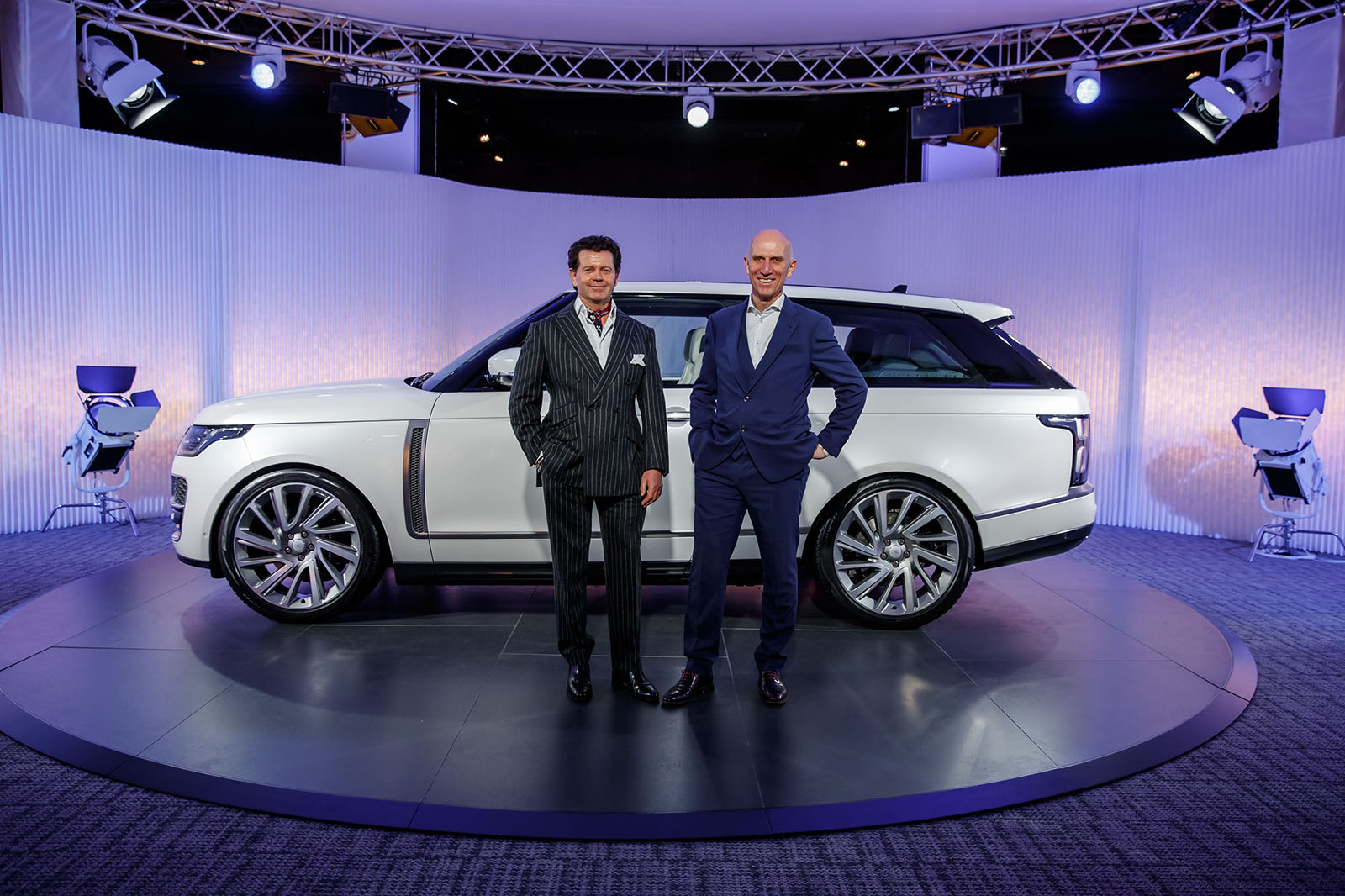 Although the SV Coupé is a design-focused model, it is also the fastest full-sized Range Rover yet, achieving 0-62mph in 5.3sec and a top speed of 165mph. The Range Rover Sport SVR remains the quickest in the line-up, covering the 0-62mph sprint in 4.5sec.

It has permanent four-wheel drive with a two-speed transfer box and active locking rear differential assisted by Land Rover’s Terrain Response 2 system, which has six settings that alter the car’s responses to suit different terrain. 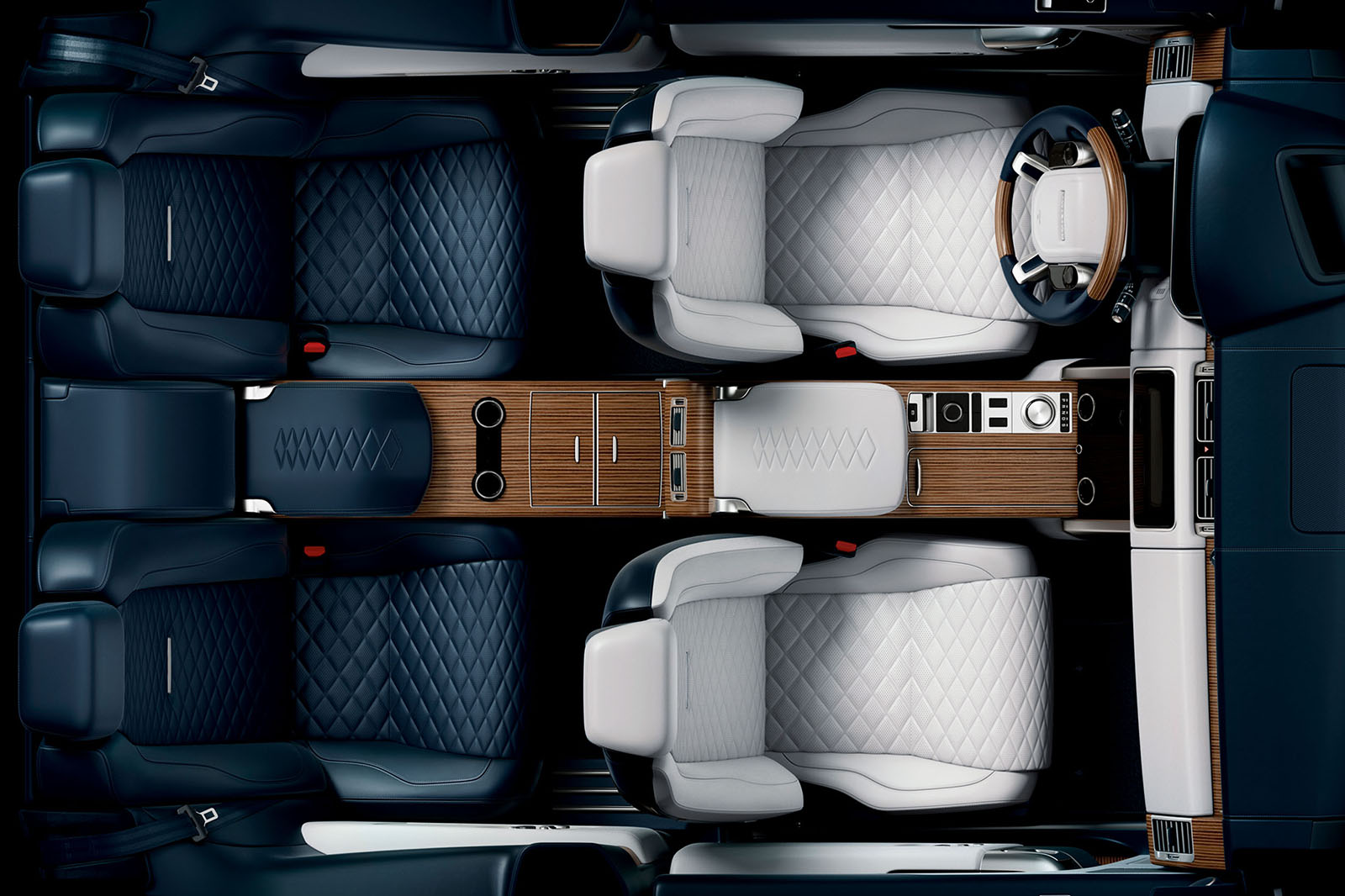 The 8mm-lower ride height over a standard Range Rover delivers “enhanced dynamic performance and aesthetics”, claims Land Rover. The car can lower itself by 15mm above 65mph to improve stability and fuel economy.

The suspension has five height settings, including the most extreme Off Road 2, which raises the car 75mm above its normal ride height at up to 31mph. On top of that, it increases by 30-40mm if an obstacle is detected and a further manually selectable 30-40mm rise above that is available. The SV Coupé has a 3500kg towing capability, the same as a standard Range Rover and Bentley Bentayga, and a 900mm maximum wading depth.

Inside, the two-tone leather interior is available in a choice of four dual colours as well as four single-tone colours. There are heated and cooled 20-way- adjustable front and 10-way- adjustable rear seats with a unique diamond quilt design. 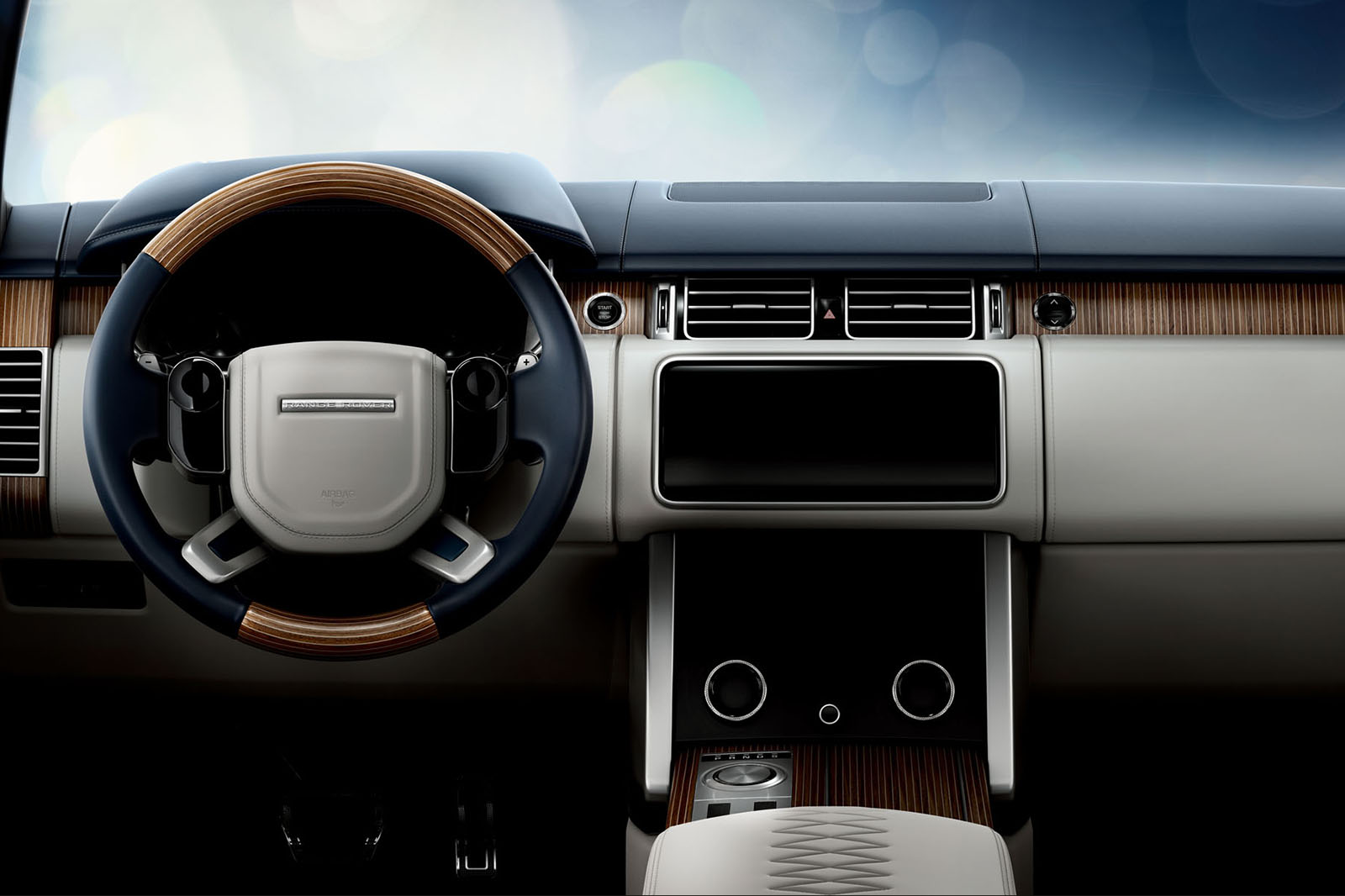 SVO has also created a new veneer inspired by boat design and called Nautica veneer, which will eventually be rolled out to other special models. It uses a patented new form-following process to fuse walnut and sycamore together. Two other veneer options are also available.

The car features power- close doors for the first time on a Range Rover. “The doors are so large [1.4m long] you can’t reach,” said SVO director Mark Stanton. “It’s an essential.”

The SV Coupé’s infotainment system echoes that of recent Range Rovers such as the Velar. Its InControl Touch Pro Duo system includes a 10.0in display, 10.0in control panel and 12.0in interactive driver display. There is also a 10.0in head-up display and a 1700W 23-speaker Meridian 3D Signature sound system.

He said: “It has compelling proportions and real presence. This isn’t a vehicle for the shy. It is a very sophisticated design.”

No - it's a limited edition 3 door (albeit very nice) Range Rover.  Get a grip!

Only a person with incurable narcissism and a copious amount of shid in their brains would contemplate such a purchase as this..the price of £240K is largely irrelevent, when you consider how many yoofs in burberry caps are going to say to you "bangin' ride, Mate...i bet that's a nightmare to insure"?

Besides, If i was getting my arm twisted to spend that kind of money on a PonceTractor, i think i would have to go for the Bentayga over this.

Of course i meant Lipra loof?