BACK TO ALL NEWS
Currently reading: Audi plans to launch A4-sized electric saloon in 2023
UP NEXT
BMW reveals quad-motor M EV prototype

A new A4-sized electric saloon is being planned by Audi for 2023 as part of its growing range of E-tron models.

The brand launched its flagship Audi E-tron SUV last year, with the sibling car version, the Audi E-tron Sportback, going on sale later this year. At the recent Geneva motor show, Audi revealed a Q4 E-tron SUV concept, which is due in late 2020 in production guise alongside an Audi E-tron GT four-door sports car.

Audi design boss Marc Lichte said the brand would also develop a saloon that will be offered at a similar price to the Q4 E-tron. “There will be [electric] SUVs and low-floor sporty cars such as the E-tron GT, which is our ‘halo’ car,” he told Autocar at Geneva. “There will be an E-tron GT in the [A4- sized] segment as well. We’re working on this right now.” 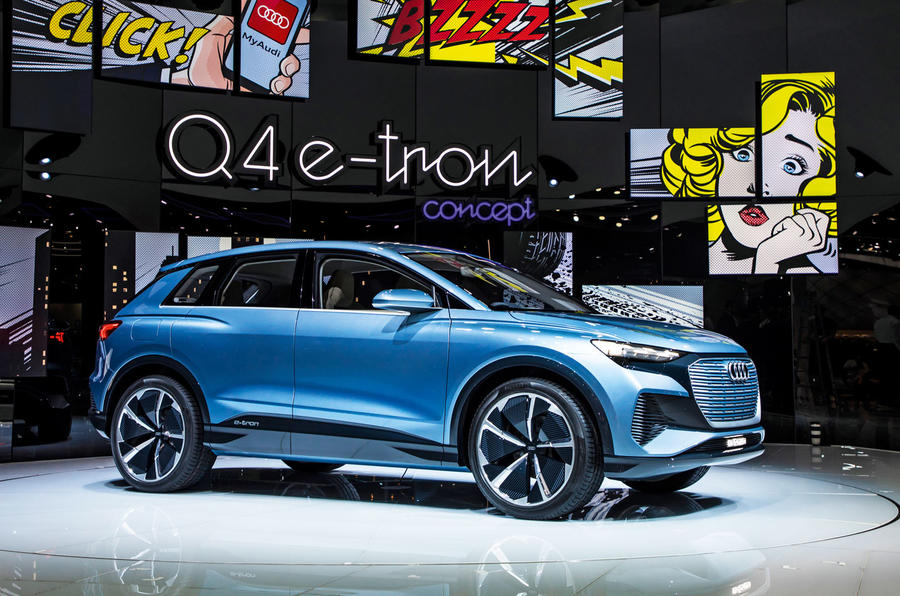 Lichte said the electric saloon will be built on the PPE architecture, an electric platform shared with Porsche, which is also used on the A6-sized E-tron GT.

Audi is working on a number of electric platforms. The E-tron and E-tron Sportback are based on Audi’s adapted MLB platform, while the Q4 E-tron uses the Volkswagen Group’s bespoke electric MEB platform.

Audi CEO Bram Schot said the Q4 E-tron will be “a major volume player” for the brand and will match sales of the Audi Q3 “sooner than you might think”.

Schot has also vowed that Audi can bounce back from its sharp drop in profits in 2018. The firm struggled due to the impact of new WLTP emissions tests, but said a reduction in the number of engine and trim combinations it offers has eased that problem.

Will it be overweight and underdeveloped like its 'flagship' E-Tron SUV as reported recently.

next A4 to have 4 wheels and a windscreen

Ignoring the year, which will be wrong, it would be surprising if they weren’t.

Too little too late

This is 2019. Tesla is whupping yours now. Who is going to hold their next purchase until 2023?
View all comments (8)