BACK TO ALL NEWS
Currently reading: Aston Martin boss: record profits show financial turnaround is complete
UP NEXT
Ford backs call for European ban on new ICE cars from 2035

Aston Martin has achieved its highest ever yearly revenues, with £876 million raised representing a profit growth of over £250 million
Open gallery
Close

The sales are the highest Aston Martin has achieved since 2008 - three years into Vantage sales and four years into DB9 sales. Previously talking to Autocar, brand CEO Andy Palmer (pictured below) described the year’s greatest challenge as its expansion to over 5000 cars from 3600 annually.

Aston Martin’s performance in the fourth quarter of 2017 was its best in the brand’s 104-year history, with a £64.8 million pre-tax profit contributing strongly to the full-year total.

2018 started less strongly for sales, however, with 100 deliveries almost cutting the previous January’s 189 deliveries. The introduction of the new Vantage, with the phasing out of the Vantage likely contributing to the 48% dip. When first deliveries of the Vantage kick off in June, these are expected to climb to new heights. 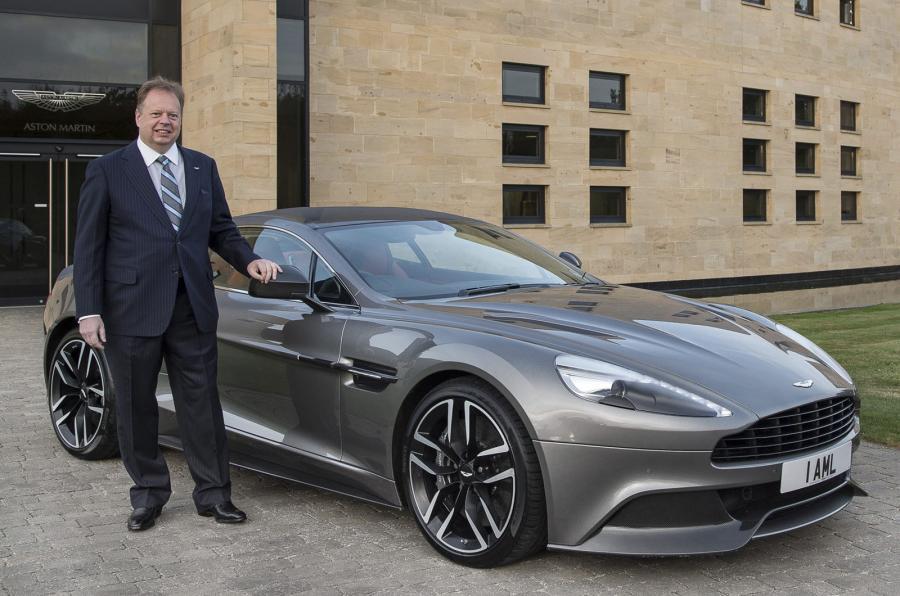 A weak pound in 2017 compared with 2016 will have had a small effect on profits - on average, the pound was around 5% weaker against the dollar in 2017 than 2016. “Our revenue growth was stronger than our wholesale volume growth and hence that drove an improvement in our average selling price. We saw an exchange rate benefit from the weaker pound from markets such as the US over the year, since we follow a market-based pricing model for our regional markets,” said an Aston Martin spokesman.

Despite this, brand boss Andy Palmer predicts that larger challenges lie in keeping the low-volume car industry buoyant: “These challenges we face are something we haven’t seen before. The challenge to provide something very different for the future is huge. That makes our industry an amazingly exciting place to be. Bring it on."

2018 Aston Martin Vanquish: harder and faster GT due this September

The industry, given the right conditions, could grow 60% by 2020 if the right deal is struck between the UK and European Governments. Should a no-deal Brexit occur, however, Vehicle Certification Agency approval difficulties could mean ceasing production temporarily until new certification applications had been put through.

The largest market for volume for Aston Martin is the UK, although the fastest-growing market is China. The introduction of the DB11 Volante, Vantage and Vanquish is likely to push Aston even higher into profit, however.

This is really good to read.

This is really good to read.

I thought Aston was drifting badly, but no.  DB11 is excellent, they like manual gearboxes, they have broken free somewhat from the generic look, their engines are diverse and charasmatic.

For the first time since before the dreadful DB7, I really do want one.

Are these profits sustainable though? I hope they are.